Inside the final 100 yards, it was a three-way fight and a dramatic finish to the German Derby 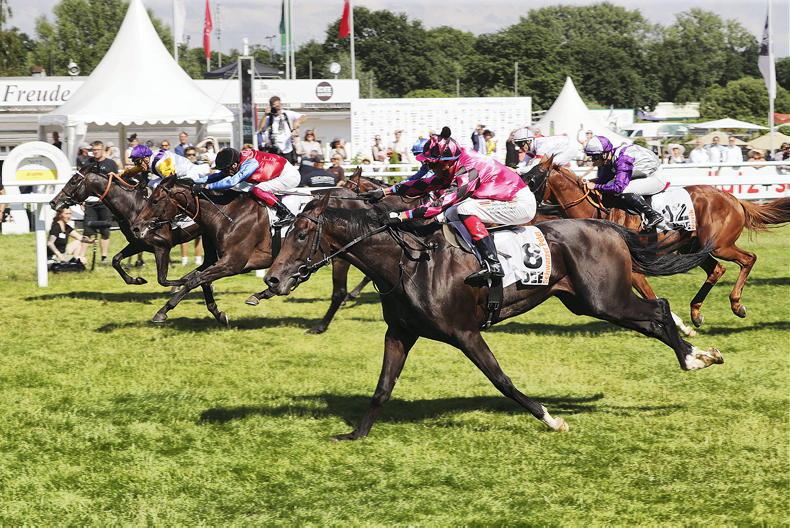 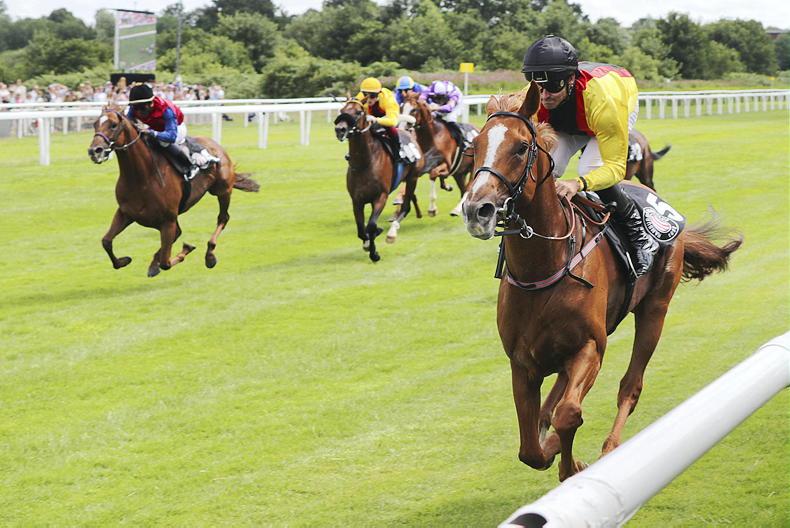 THE 153rd running of the Deutsches Derby at Hamburg last Sunday began in embarrassing fashion and ended dramatically with one of the closest finishes of the year.

The embarrassment was caused by a long delay at the start when the rails had to be adjusted, as there was insufficient room for the starting stalls.

The 20 runners had to circle for 25 minutes in the afternoon heat, but it seems that there were no ill effects (except on the nerves of stewards and racegoers), and in the event the race was fairly run and ended with a rare confirmation of the results of the main trials, in particular that of Cologne’s Union-Rennen, run four weeks earlier.

Maraseem, Schwarzer Peter and Angelino followed at a respectable distance.

All six were in the field at Hamburg, and this time Sammarco scored again by a short-head from Schwarzer Peter with So Moonstruck another short-head back in third and Alessio about a length and a half back in sixth.

It was Angelino and Maraseem who made the early running at Hamburg, with Sammarco and So Moonstruck both prominent, but the whole field was closely bunched coming into the straight, where the two front-runners quickly dropped out.

With two furlongs to go the race still looked wide open, but Sammarco and So Moonstruck were still in the vanguard when a new threat materialised, Schwarzer Peter, coming with a late charge up the wide outside.

Inside the final 100 yards, it was a three-way fight between Sammarco, hard on the inside rail, Schwarzer Peter on the stands side and So Moonstruck in the centre.

All three appeared to be leading at one point and at the line it was almost impossible for the naked eye to split them.

The photo showed that Sammarco had prevailed by a short-head, giving trainer Peter Schiergen his sixth Derby success. It was a first for owner-breeder Helmut von Finck, who had come close on several occasions.

It was also surprisingly a first Group 1 win for jockey Bauyrzhan Murzabayev, who has been champion jockey here for the past three seasons.

Sammarco was actually foaled in Ireland and is by Coolmore sire Camelot, his 10th Group 1 winner. He is out the listed-placed mare Saloon Sold, a daughter of Germany’s leading sire Soldier Hollow, who is also owned by von Finck.

Sammarco is from a family that has done well for various trainers, notably Wittekindshof; obviously most of the products start with the letter “S”, but the family also includes Curragh Cup winner Peppertree Lane.

Where he goes next is undecided, but the Grosser Preis von Baden would be the obvious choice. He is also entered in the Arc.

The first 10 horses were separated by only three lengths, so that the result may not be confirmed, as the main protagonists are certain to meet again before the year is out.

The handicapper has put the winner up by 1lb from his Union-Rennen victory to German GAG 96½ (i.e. international 113), exactly the same rating as the 2020 and 2021 winners In Swoop, later runner-up in the Arc, and Sisfahan, later runner-up to Torquator Tasso in the Grosser Preis von Baden.

TORQUATOR Tasso also ran at Hamburg, comfortably repeating his success in the Group 2 Grosser Hansa-Preis; he now goes for the King George at Ascot, followed - all being well - by the Grosser Preis von Baden and another crack at the Arc.

Torquator Tasso had also last year after Hamburg been runner-up to Alpinista in the Grosser Preis von Berlin, form which reads pretty well now, while he had been runner-up in the Deutsches Derby to In Swoop in 2020. Whether this year’s German Derby form works out so well remains to be seen.

There was a sting in the tail for the jockeys on the first two, Murzabayev and Helfenbein, who were both hit with suspensions (17 and 14 days respectively) for overuse of the whip. 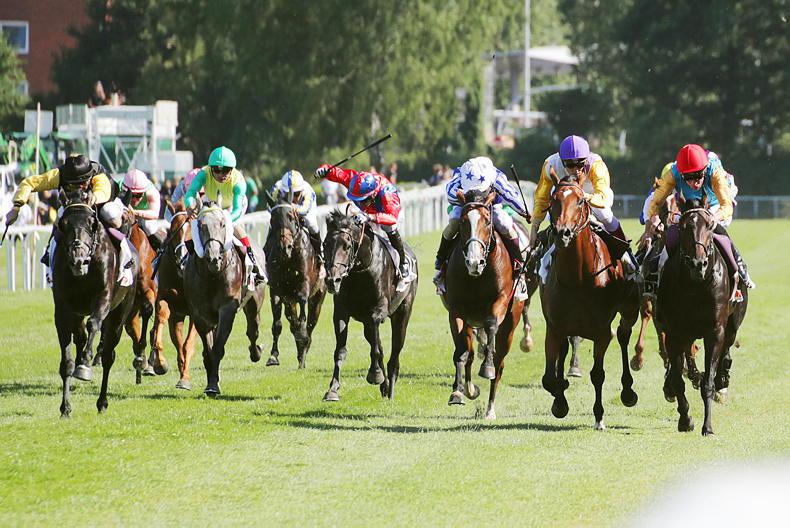 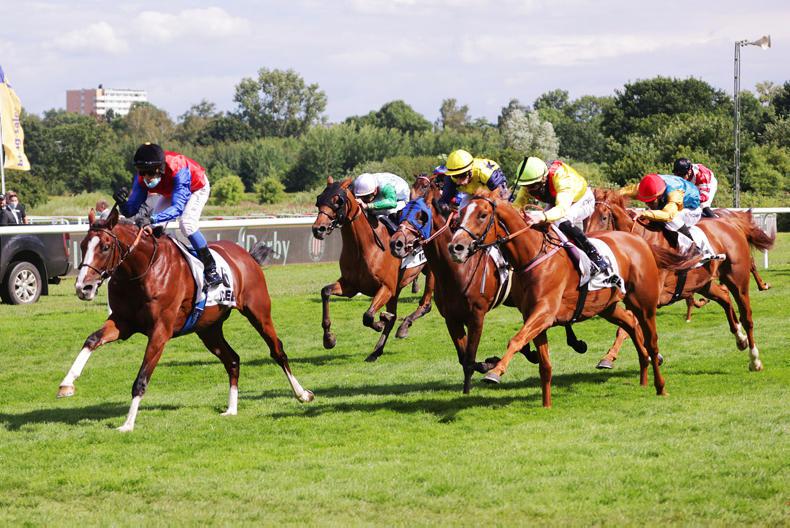 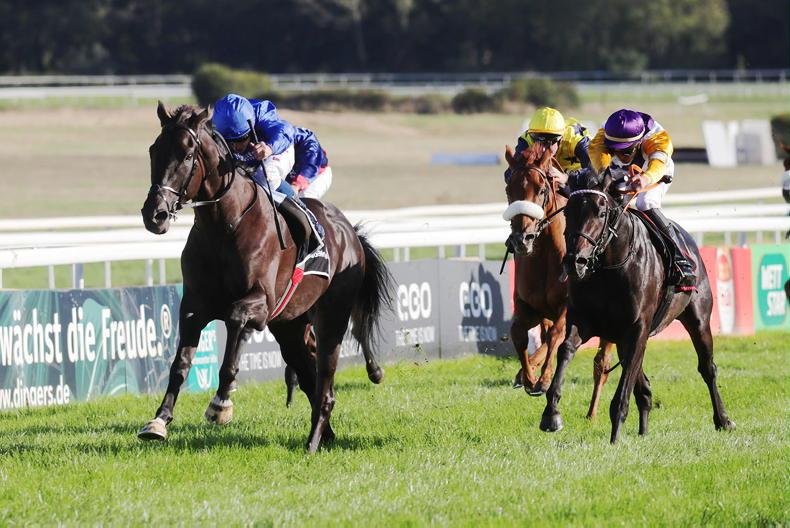 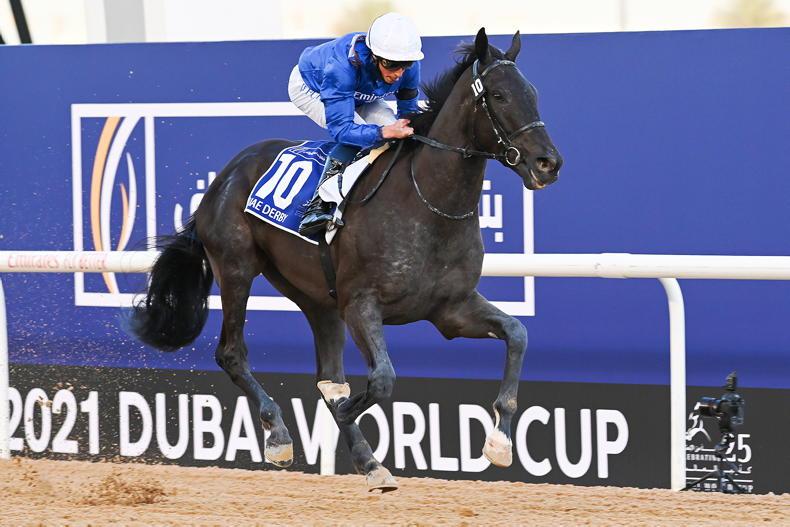