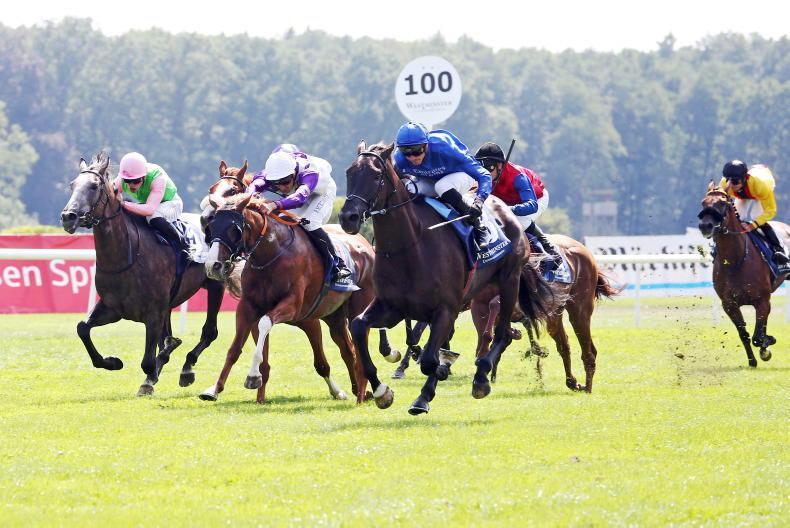 The Godolphin homebred was a heavily backed favourite and went off at even money. Punters were relying here on the excellent stable form rather than anything yet shown by Rebel’s Romance, who had won a Goodwood Group 3 last time and was running for the first time in a Group 1 event.

These two led into the straight, where Doyle brought Rebel’s Romance to the outside and began to make smooth progress. As the two front-runners weakened, Rebel’s Romance quickened in nice style to lead inside the final furlong and had plenty in hand to repel the last thrust of Nerik, who got within a neck of him but never really looked like winning.

Ardakan finished well for third place, with Alter Adler and Northern Ruler rewarded for their pace-making efforts in fourth and fifth.

This race, was, with all due respect, a long way from being a strong Group 1. Rebel’s Romance may not be the biggest star in the Godolphin galaxy, but he is clearly a horse to be taken seriously.

For the first two years of his career, he raced exclusively on the all-weather or dirt, winning twice in Britain and then twice in Meydan, including in the UAE Derby last year, but he was switched to turf this year and has proved himself to be even better on this surface, having now won all his three starts in 2022. Charlie Appleby said later that he might return to Germany for his next race, without being specific.

Rebel’s Romance was bred in Ireland but is by Darley’s superstar sire Dubawi. Runner-up Nerik was also bred in Ireland. Sadly the Ruler Of The World colt pulled up lame and it later transpired that he has a serious tendon injury and he has now been retired.

Despite the very slow early pace, the time of the race was good and well up to par, much faster in fact than the three other races over this distance at the meeting.

The track had been well watered and despite the long hot and dry spell was in excellent condition. Rebel’s Romance has had his official rating raised slightly to GAG 97½ (= 115), while the unfortunate Nerik bows out on 96½ (=113).