Title: Fresh start for AIRO with Hyland to be named new chairman

Vice chair since 2018, David Hyland will officially be named chairman at the next AIRO board meeting, after a turbulent time for the association 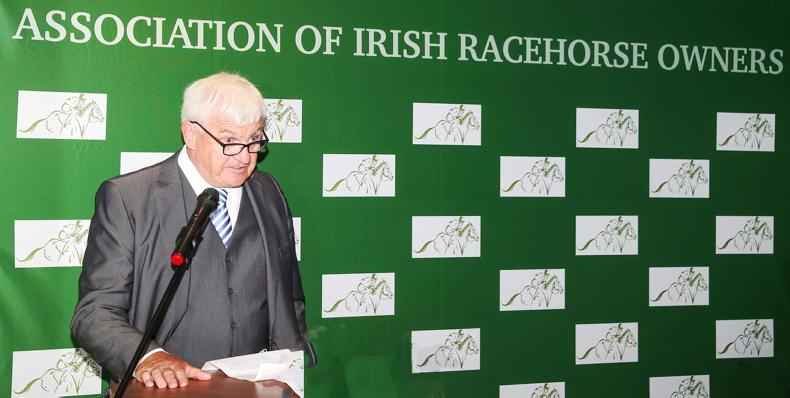 David Hyland will be ratified as the new chairman of AIRO at the next board meeting in two weeks time \ carolinenorris.ie

AFTER three years of in-fighting and legal action, the Association of Irish Racehorse Owners (AIRO) looks set for a fresh start with vice chair David Hyland set to be officially named chairman in two weeks’ time.

Hyland was nominated for the position at an AIRO board meeting on Wednesday night and he will be officially ratified at the next board meeting.

“The meeting went fantastic,” Hyland told The Irish Field. “Everything went smoothly. There were no issues. There were two places to be filled on the board and we had three absolutely fantastic candidates, but unfortunately we could only elect two. Frances Crowley and Peter Reilly got elected to the board and they will be introduced at the next board meeting where the first thing to do will be to implement a strategic plan. In our monthly newsletter we’ll be asking members to get back to us about anything we should be doing on their behalf.”

Hyland previously worked in senior positions in the healthcare industry. He also had his own financial services and real estate companies. He owns horses with Willie McCreery and joined the AIRO in 2015 and was named vice chair in 2018.

A year later, a long-running saga began when James Gough took legal action against his fellow directors, claiming the council of AIRO prevented his name being put forward to members to represent racehorse owners on the board of Horse Racing Ireland. The case resulted in a High Court injunction which cost the AIRO an estimated €90,000 in legal fees.

In the same week that case was settled, the then Minister for Agriculture Michael Creed took Gough’s side when he said that at least two candidates are required to be put forward before the general membership for the HRI position. Following this, chairman Brian Polly was put forward as a candidate alongside Caren Walsh. After Walsh won the vote, Polly said that he had been used as a token second candidate.

He became estranged from the Association and various legal notices have been exchanged between the two parties since. Polly stood down as chairman and director in September but he still has an ongoing legal case against AIRO, contesting the formation of the Association as a limited company.

Asked about the current situation with regard to Polly’s disputes with the AIRO, Hyland replied: “We don’t know. They took a legal case saying the company was incorrectly formed, that it should never have happened. We had an AGM for the members and 91% of the people voted to have the new company formed, so they have no case there.

“We have a great board now,” he said. “There were four new members elected at a previous AGM and now we’ve another two to join. We are represented on the National Hunt and flat racing programmes and Caren Walsh is doing a fantastic job for us as a board member in HRI.

“I’m happy enough that I’m going to leave a sounder board than the one I joined, and a more youthful board, and everyone will be very happy. All those things with Mr Gough and Mr Polly are well behind the owners now, and I see nothing but positivity for the owners.”