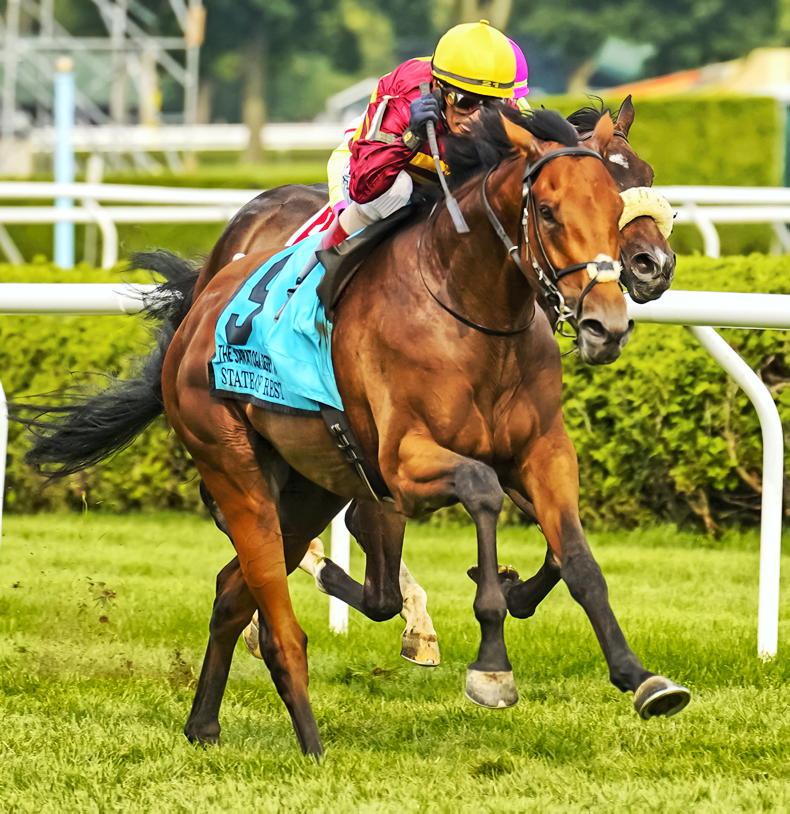 JOSEPH O’Brien’s State Of Rest bids to complete a unique international top-level treble, on three different continents and at tracks far from his Co Kilkenny home, when he faces five domestically trained opponents in the first Group 1 of the French season.

State Of Rest has a remarkable profile, not showing a particularly high level of ability in his five starts on native shores but thriving on his travels, first landing the Saratoga Derby in America and then venturing all the way to Melbourne, Australia, to lower the colours of the local stars, Anamoe and Verry Elleegant, in the Cox Plate.

Now the son of Starspangledbanner takes on two of the best 10-furlong horses in France in the shape of the reigning Ganay champion, Mare Australis, the 11-time pattern race scorer Skalleti; and last October’s Champion Stakes hero, Sealiway. This is an ambitious way to begin what promises to be an epic campaign for the Irish raider.

But the mere fact that O’Brien is prepared to send him all the way to Paris for his first start in over six months suggests that fitness is not a big concern.

Nevertheless, his three main opponents have already had at least one run this season, filling all the places in the Group 2 Prix d’Harcourt over half a furlong shorter here three weeks ago.

Skalleti, who prevailed by three-quarters of a length that day, may prove ill at ease on this quicker ground so preference is for Mare Australis, who finished a head behind Sealiway in third.

He was forced to make his own running on what was his first race in nigh on a year and, aided by the presence of Sealiway’s pacemaker, Smile Makers, could improve enough to turn the tables and successfully defend his Ganay crown.