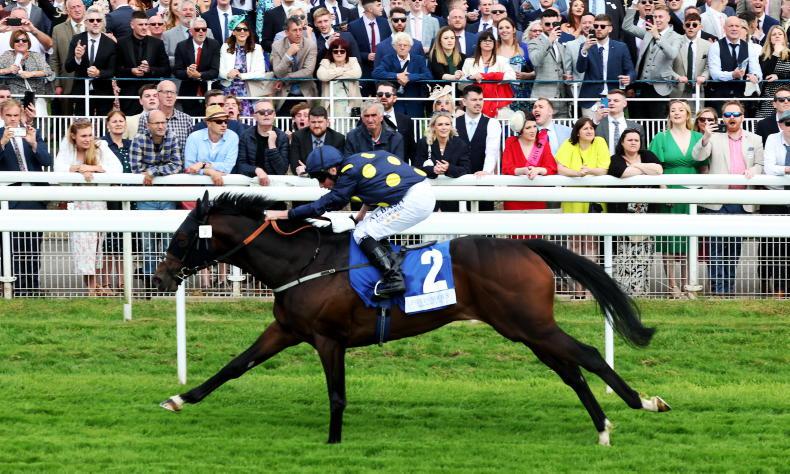 DESPITE a lack of Irish involvement, tomorrow’s Group 1 Arc Prix Maurice de Gheest at Deauville has attracted a cosmopolitan line-up with five different countries and three different continents represented among its 14-strong field.

It is headed by both of the Group 1 six-furlong winners from June’s Royal Ascot meeting, Naval Crown and Perfect Power, plus a third headline-grabber from that Berkshire fixture in the shape of Rohaan, who shrugged off top-weight to beat 25 rivals in the Wokingham Handicap.

All three have gone on to taste defeat in their solitary subsequent outings. Naval Crown is likely to be seen as the most solid member of the trio given that he ran a very sound race to finish ahead of all but Alcohol Free in the July Cup, with Perfect Power almost four lengths behind him in seventh, while Rohaan was a length and three-quarters behind another of tomorrow’s runners, Minzaal, in a Group 3 at Newbury.

But Perfect Power may not have been suited by Newmarket’s undulations in the July Cup and is the only one of the triumverate to have already won at this venue when landing last year’s Prix Morny.

Naval Crown was ninth in the seven-furlong Prix Jean Prat here 13 months ago on his solitary visit while Rohaan, who is a difficult ride given that he needs to have his challenge delayed until the last moment, never got competitive when ninth in the 2021 renewal of this race.

The race distance of six and a half furlongs is unique for a top-level European event and it could play into the hands of the colt who has made the longest journey to get here, the Australian challenger, Artorius.

Anthony and Sam Freeman’s charge has developed a frustrating habit of only engaging top gear once a race is over. But he stormed home to get within less than a length of Naval Crown at both Ascot and Newmarket so this extra 110 yards could be right up his street.

Another horse who could overturn the Royal Ascot form is Highfield Princess, who has been laid out for this since finishing sixth to Naval Crown (beaten only a length and a half) in the Platinum Jubilee Stakes.

Earlier, she had two of her opponents, Minzaal and Garrus, well beaten when stretching right away in the closing stages of the Group 2 Duke Of York Stakes at York.

The second intercontinental shipper is King Hermes, a Grade 2 scorer in his native Japan who could finish no better than 11th in the July Cup. He was squeezed out at the start that day so is better than his finishing position suggested and, although he may not quite be up to winning in this class, it would be no surprise if he manages to do better than any of the four modest French-trained contenders.

The highly progressive three-year-old, Harry Three may be the last of the seven British runners to get a mention from me, but he is also my idea of the best bet in the race.

He was super impressive when scoring in listed company at this track last month and it is a positive sign that his trainer, Clive Cox, who has handled so many top sprinters in the past, has chosen to throw him in at the deep end for his pattern debut rather than opt for one of a plethora of easier alternatives.