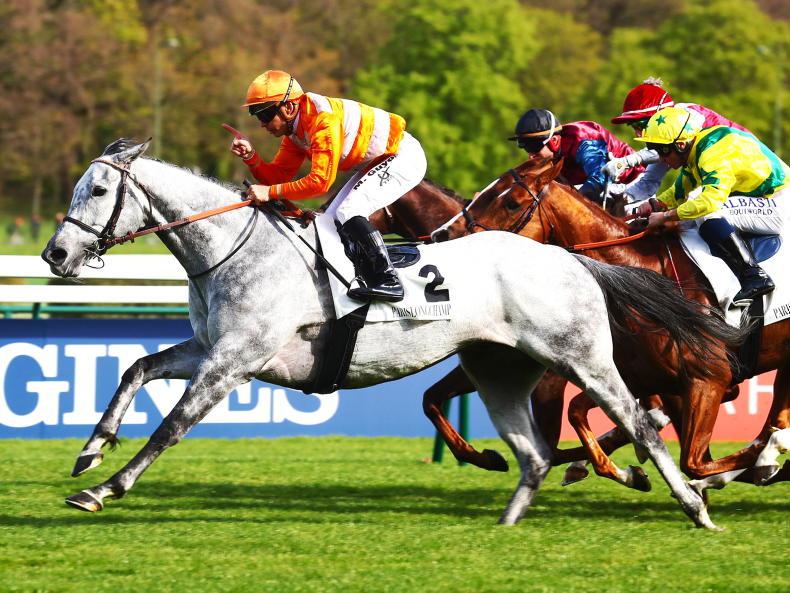 I have to start with a brief tribute to my predecessor and mentor, Desmond Stoneham, who died suddenly last Sunday.

Desmond knew everything and everyone in the French racing industry, especially the scurrilous, unprintable gossip. My journalism is but a pale imitation of his.

I will toast him with a glass of red and one of those spicy andouillete sausages that he used to initiate young whippersnappers with – most thought they were disgusting but I rather like them.

PARISLONGCHAMP Racecourse reopened from its winter slumber last Sunday. Following 33 millimetres of rainfall on Friday, the ground had dried out enough to be pretty much perfect for allcomers – though officially ‘very soft’, it rode much better than that: not too testing for those who like to hear their hooves rattle but with sufficient cut for the mudlarks.

The hero of the day was the striking seven-year-old grey Kendargent gelding, Skalleti. The Group 2 Prix d’Harcourt was his 11th pattern race triumph in less than three years and he did it the hard way - coming from behind off a sedate early tempo and suffering serious traffic problems in the home straight.

Repeatedly denied a clear passage from passing the two-and-a-half-furlong marker, he was under the pump and still had the entire field in front of him with a furlong to race. Then, switched to the outside, he suddenly engaged overdrive and swept past them all to register an ultimately cosy three-quarter-length success.

His trainer, the Marseille-based Jerome Reynier, said afterwards: “Skalleti is simply astonishing. Everything fell into place today, the ground had almost dried out too much but not quite.”

“Last time (when third in the Prix Exbury three weeks earlier) he came a bit too soon. We wanted to replicate the Prix Dollar of a couple of years back, when we managed to keep him covered up until the very last moment.”

“I knew that I had him in tremendous form and he has this remarkable ability to quicken twice, for the second one he just switches onto his left leg lead and goes.”

“His Achilles heel is his fragile feet – he wears stick-on shoes so we can’t run him every fortnight. The Prix Ganay (on May 1st) and the Prix d’Ispahan (four weeks later) are two options and the weather and his wellbeing will decide where we go – we won’t abuse him.

“If it rains over in England, the Prince of Wales’s and the Eclipse are other possibilities for him. The Champion Stakes (in which he was runner-up in 2020) is his ultimate aim, it’s normally pretty wet by that late in the year.”

The reigning Champion Stakes hero, Sealiway, left his connections more than satisfied in taking second place, giving 2lbs to the winner and bouncing back from his Saudi Cup flop, where he clearly failed to handle the dirt surface.

Owner Pauline Chehboub said: “We needed to have him ridden out the back today – which didn’t give him the best chance – in order to ensure that we had a horse for the rest of the season. But his performance showed that he is still a top class animal, and we can look forward to the Ganay and the Prince Of Wales’s.”

And don’t forget the third, Mare Australis, who was running for the first time in almost a year.

He still managed a carbon copy of his length reverse to Skalleti in this race a year previously, which he used as a springboard to Ganay victory.