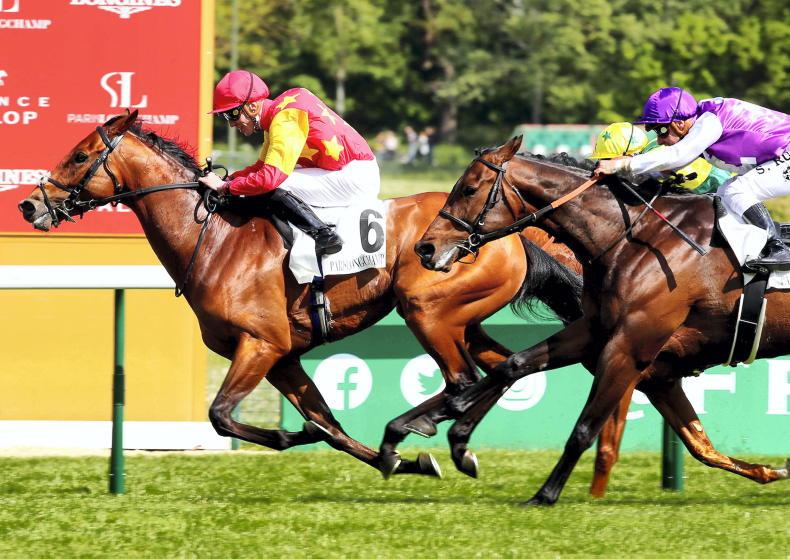 HE’S changed quite a lot since you last saw him.

The last time State Of Rest took part in a race on home soil he finished third in a listed race, taking his career record to an unremarkable one win (in maiden company) and three places from seven appearances.

Following an absence of almost 11 months, he is set to do so again in a fortnight’s time in the Group 1 Tattersalls Gold Cup.

He may be the same horse, a son of Starspangledbanner from the Co Kilkenny yard of Joseph O’Brien, bred by Dermot Cantillon and Meta Osborne at their Tinnakill House in Mountrath, Co Laois, but his exploits in just three races during the intervening period mean that his profile has been transformed to such an extent that you might even be able to make a case for him being a world champion.

Last Sunday at ParisLongchamp, State Of Rest gave credence to that lofty claim by swatting aside three of Europe’s top 10-furlong horses in the Prix Ganay.

He thus completed an unprecedented global Group 1 treble of the Saratoga Derby in America, the Cox Plate in Australia and now the Ganay, one of France’s most prestigious races which has such luminaries as Cirrus Des Aigles, Waldgeist and Sottsass on its recent roll of honour.

Just like in the Cox Plate, State Of Rest had to survive a stewards’ enquiry. But, unlike in Melbourne where the outcome of both the finish and the deliberations was very tight, here he was quite obviously the best horse in the race and ran out a clear-cut three-quarters of a length winner.

In some respects it was an unsatisfactory contest. Much of the blame for this can be laid at the door of Sealiway’s connections, or more specifically the jockey, Hugo Journiac, who rode Sealiway’s pacemaker, Smile Makers, yet for some unfathomable reason chose not to make the running.

This left the reigning Ganay champ, Mare Australis, to cut out a sedate pace on the inside of Smile Makers with Sealiway tracking the leader and State Of Rest, the only member of the field making his seasonal debut and therefore understandably a trifle fresh, wanting to go half a stride quicker in the slipstream of Smile Makers.

Sealiway kicked for home early in the home straight leaving the disappointing Mare Australis flat-footed but failing to shake off State Of Rest, at least once he had negotiated his way around the outclassed Smile Makers.

Jockey Shane Crosse did not have to get overly aggressive on the Irish challenger to prompt his mount into the lead approaching the furlong marker.

The partnership soon had the €171,420 winner’s prize in the bag although Pretty Tiger, who had been kept in a pocket when both Smile Makers and State Of Rest edged right with two furlongs to run, finished strongly to snatch second place from Sealiway on the line.

The flop of the race was the odds-on favourite, Skalleti, who was unable to conjure the devastating turn of foot that he had exhibited when coming from last in the Prix d’Harcourt three weeks earlier. This time he was able to overtake just the supposed pacemaker so finished fifth, around two and a half lengths behind the winner.

Celebrating his first ever winner in France, Crosse said: “We went slow and the pacemaker kept getting in the way but my lad is an easy ride and I was still able to commit him where I wanted to and he’s ended up being impressive.”

“We knew that we were up against some of Europe’s best and I was waiting for something to come at me but it never happened.”

O’Brien added: “That’s mission accomplished and I’m delighted for the whole team back home – the main aim for him this year was to win a Group 1 in Europe. It was a great performance.

“We could have taken an easier path and started him off in the Mooresbridge but he was in good order so we decided to bring him here, even though we knew it was a big ask.

“You couldn’t map out this kind of programme for every horse, he’s got a great constitution and it’s testament to his mind and his versatility that he can cope with all the travelling.”

“He could come back for the Prix d’Ispahan over a bit shorter but there’s a pretty obvious mile and a quarter programme for him, so it’s more likely to be the Tattersalls Gold Cup followed by the Prince Of Wales’s Stakes.

“And I know that his owners are keen to take him back to Australia later in the year.”

Before everyone gets too carried away, there are a couple of indications that the form may not be as strong as it looks at first glance.

The proximity of the runner-up, who had previously looked a bit shy of Group 1 quality and would have finished closer with a clear run, raises a question mark.

And the ground, which was branded ‘abnormally fast’ by Skalleti’s handler, Jerome Reynier, may have been too quick to allow either Skalleti or Sealiway to truly let themselves down.

PARROT MOUTH: Fab day in the Park for injured jockeys
Head to the Phoenix Park next Saturday to see a showdown in polo between jockeys and trainers in aid of Irish Injured Jockeys 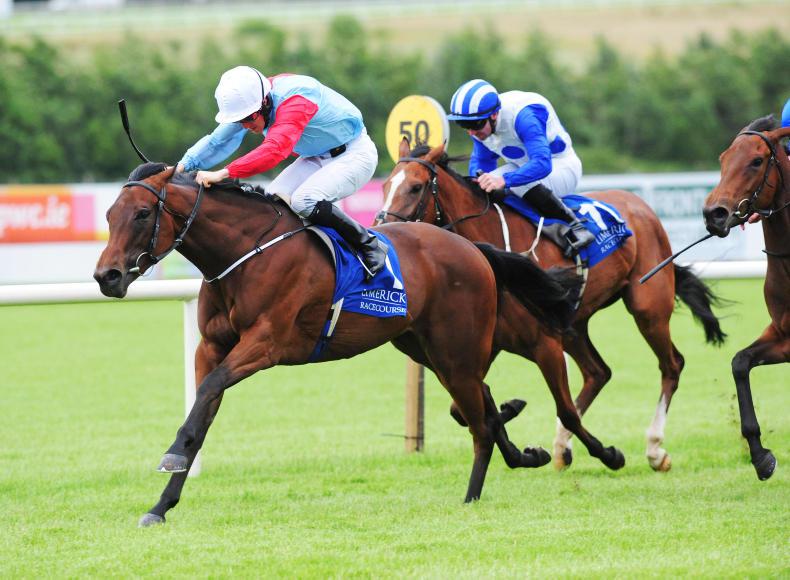 LIMERICK FRIDAY: Slattery looks to Branch out towards Galway
Branch Line gets back on track as the in-form Billy Lee dominates with a treble 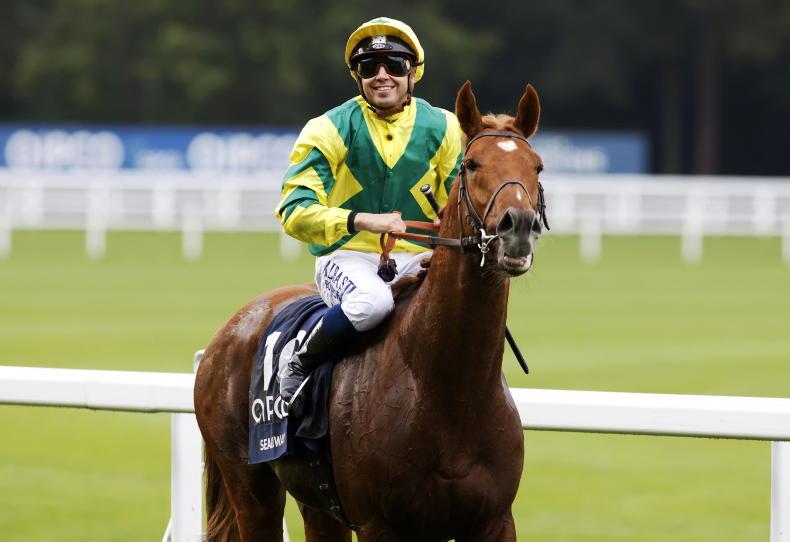 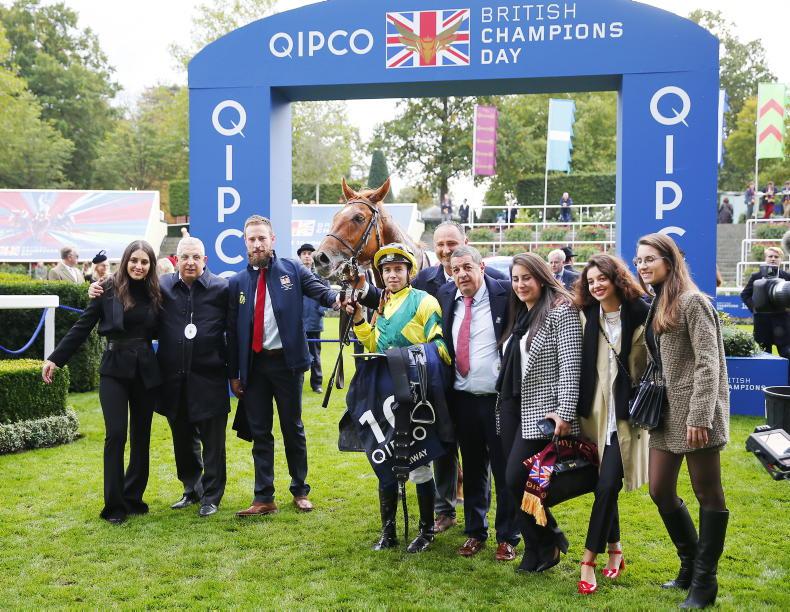