Just one final step...
You must confirm your email address by clicking on the link we’ve sent to your email address.
You are only one short step away from reading 5 free Field+ articles.
Feeding for stallion fertility

Register now to read five Field + articles
for free per month.
Only takes a second!
Already registered with The Irish Field? Sign in
By registering an account you agree to our Privacy Policy and Terms of Service.
The Irish Field / Bloodstock / Horse management

WHAT makes a top sire? Any producer of cattle or sheep will tell you that when selecting for their next breeding sire, fertility or “reproductive performance” is top of their lists of desirable traits. Stallion selection is an entirely different process.

With pedigree and relative athletic ability taking the top places, fertility is often at best an afterthought. The reasons for this are of course obvious but what it has led to is extremely variable levels of fertility among these top athletes and an overall average that is quite low when compared with other domestic species.

Stallions such as the late Cruising who boasted an extremely prolific career as both a top show jumper and one of the most influential sires of the 21st century have left behind them legacies of huge magnitude and merit that boost the legitimacy of breeding for performance.

However, when pregnancy rates in horses generally overall bottom out at a mere 40-60%, is there something else that should be taken into consideration? The business of horse breeding is just that and so depends on money being generated. While there will always be a market for the genes of stallions like Cruising and others like him, what else can be done to help fertility rate?

Artificial Insemination (AI) is just one of the options and while Ireland has quite a low participation rate when compared with the rest of Europe, there is understandably a growing interest in the method. Apart from the obvious advantages of using almost any stallion from any region of the globe there are the additional benefits of disease control, increased conception rates and reduced risk of injury.

However this is only facilitated by the cooling or freezing of stallion genetic material due to the short-lived nature of sperm cells. With many stallions performing at what would be considered a poor level of fertility to begin with, the additional stress of cryopreservation can often just compound the issue. This is largely despite recent progress in freezing extenders and methods. As a result there have been studies done to explore ways in which the management of stallions can be changed to improve fertility, chief among these being nutrition.

On average breeding stallions have nutritional requirements that are 25% above their non-breeding counterparts. The more work the body is doing, the more energy and nutrients it requires to continue and while this too may seem obvious, we often don’t appreciate just how much effort the body puts in to this kind of process.

Good, healthy body condition is a staple and especially for stallions who become anxious during the breeding season. Being underweight or undernourished can have the same negative effects on fertility that obesity does. Ad lib roughage has been shown to decrease the instances of gastrointestinal issues with the added benefit of reducing boredom and other behavioural issues, generally leading to a more placid and manageable stallion. But what are some of the more specific areas of nutrition to focus on?

Omega 3 and Omega 6 have largely lost their meaning with their prevalence in the media as a highly important and beneficial feature of the human diet. However, these fat-based substances known as PUFAs (polyunsaturated fatty acids) are as important in the equine diet as they are in that of the human and have particular significance in the diet of stallions.

Sperm cells have a high lipid (fat) content that is primarily utilised in the protective membrane of the cells maintaining the integrity of energy-generating mitochondria and the cell itself. However, it is injury to this part of the cell that we typically see in thawed samples which naturally has knock-on effects for fertilisation capacity.

Naturally this has particular significance for the sport horse industry where AI is permitted but it is not only in stored or frozen samples that the effects of this can be seen. Recently there have been a number of studies that suggest supplementation of PUFAs can not only increase number of normal sperm cells but also a stallion’s daily output.

An increase in the availability of these PUFAs has been shown to enhance fertility, as stallions, along with boars, are particularly adept at utilising dietary sources of these substances. Both Omega 3 and 6 are considered essential fatty acids (EFAs) which means that the body cannot synthesise them on its own as it can with other substances and so must receive them through dietary means.

Unfortunately, many horse feeds focus on Omega 6 while the precursors of Omega 3 tend to be quite low. This brings up the necessity to supplement. Natural sources of Omega 3 can be found in spring and early summer grass coinciding with the natural breeding season but other options include linseed or flaxseed and their oils. Additional studies have also been done to explore fish and rice oil supplements which have also had positive results. It is important to strike a balance between the two as they also have effect on the body’s inflammatory response.

The inflammatory response is an important feature of a horse’s healing process; the increased blood flow to an injured area providing white blood cells to fight infection and mesenchymal cells which help to regenerate the injured tissue. Omega 6 helps to increase the inflammatory response of the body but extended periods of this can cause its own damage. Omega 3 has the opposite effect with research indicating that horses supplemented with Omega 3 showed less inflammation after exercise – an important consideration for stallions still in and out of the show ring.

Vitamin E is another of the important components of the equine diet. Another essential substance that the horse cannot synthesise himself, vitamin E has numerous metabolic functions. Chief among these is its uses as a powerful antioxidant.

Oxidation itself is an important chemical reaction that allows the sperm to fertilise the egg but excessive oxidation reduces fertility. Studies have shown that not only are stallion daily requirements much higher than originally thought but also that dietary supplementation of vitamin E can increase daily sperm output and the ability of the cells to function correctly. This again has implications for cryopreservation as it is thought that better levels of vitamin E may reduce the oxidative stresses on sperm that may be induced by cooling and freezing.

Other studies have been done to link vitamin E and libido with low levels thought to be a contributing factor in a stallion’s disinterest or inability to perform. Vitamin E is readily available in lush pasture and particularly in alfalfa but this is diminished as the growing season goes on or in its preservation. Horses that are mainly fed on stored roughages such as hay therefore often require supplementation. Typically vitamin E supplements are found in combination with selenium, another important anti-oxidant which is highly complementary in its role in the body. The two also play an important part in muscle health, important not only to a stallion’s reproductive ability but to his athletic ability as well.

Fertility is one of the traits first affected when nutrition falters. A small dip in only one aspect of feeding can have a knock-on effect on what is naturally and artificially one of the most important and fundamental aspects of the horse. Therefore it is the responsibility of the humans involved to provide the fighting chance that these top athletes need to thrive and continue as proprietors of the next generation of top sport horses. 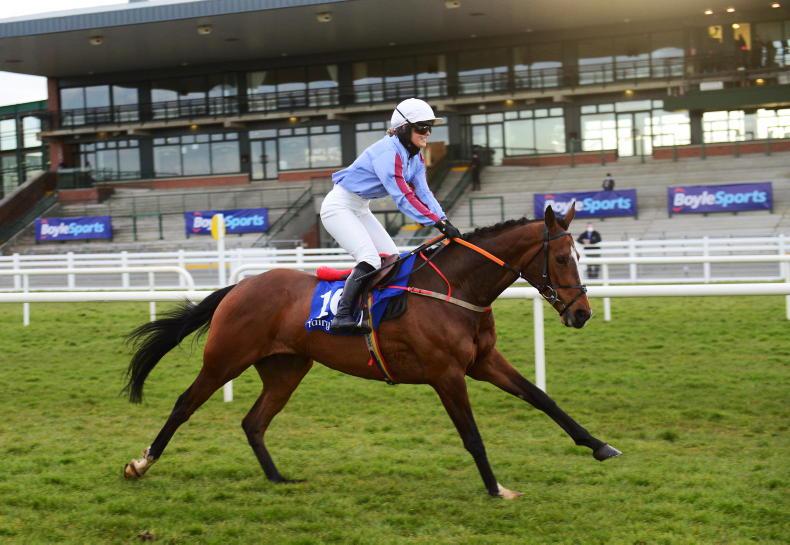 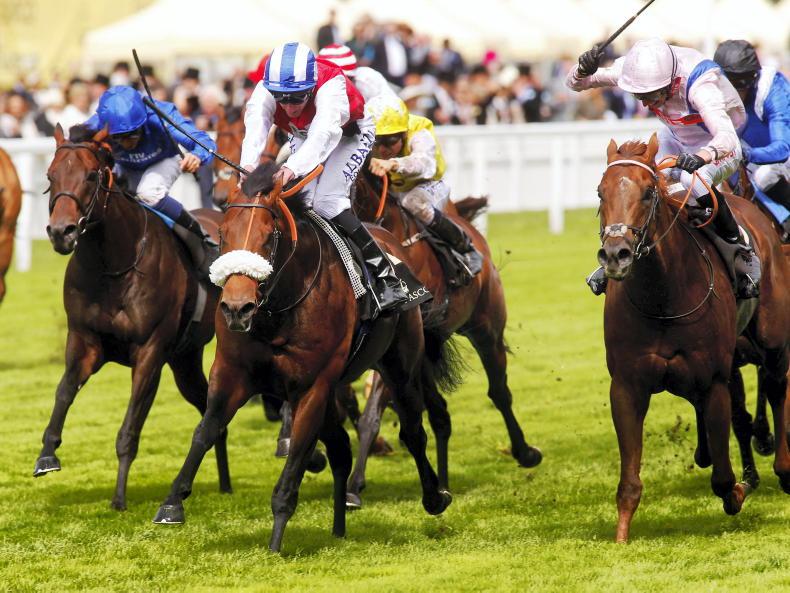 Pedigree analysis
BREEDING INSIGHTS: Ardad sets the pace as Cotai Glory gets off the mark
By Leo Powell on 16 April 2021
Field + 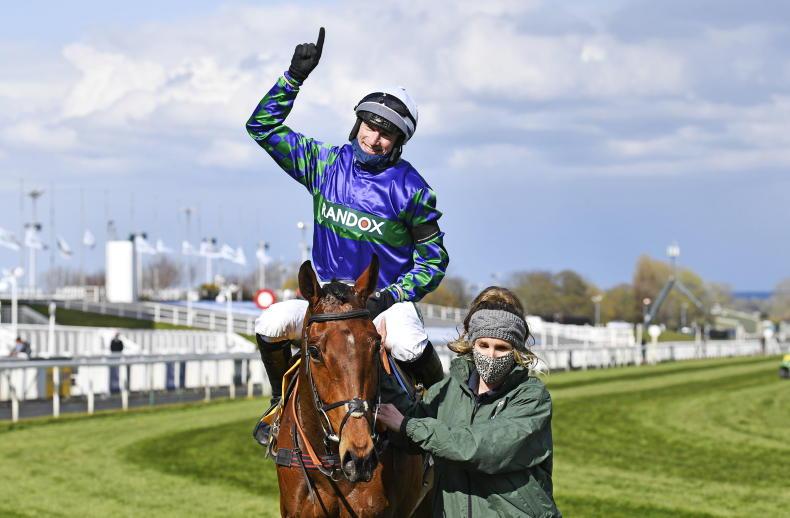 Racing News
DUNDALK FRIDAY: Whatharm could jet off to Dubai
By Alan Magee on 21 December 2020
More in Horse management
Bloodstock Field +
FINANCE FEATURE: Tax consequences of horse ownership
Bloodstock FREE
Topical advice on spraying paddocks with the herbicide Envy
Bloodstock FREE
SPRING CLEANING: Have you sprayed your paddocks?
Classifieds
Place ad
Get full unlimited access to our content and archive.
Subscribe to The Irish Field
Unlimited access to The Irish Field via your computer, mobile device, tablet or newspaper delivered to your door.
Subscribe now +
Already a subscriber? Sign in