There’s a huge amount of teamwork behind every winner. Rebecca Roche talks to the connections of recent Sligo scorer Craft Irish 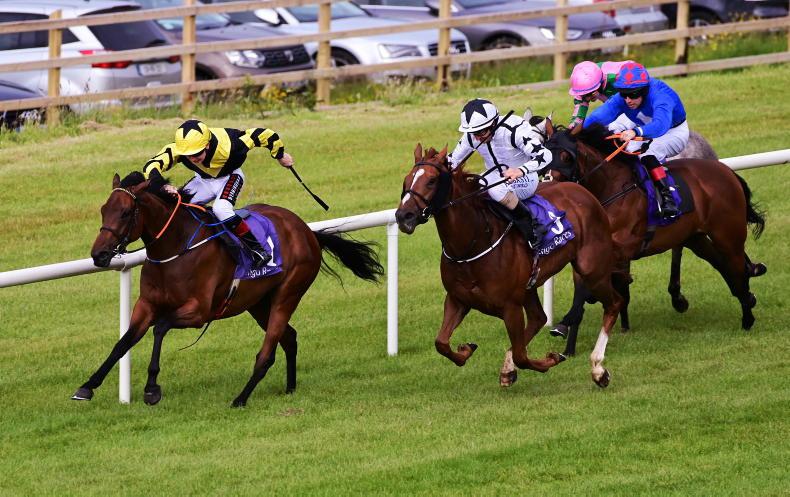 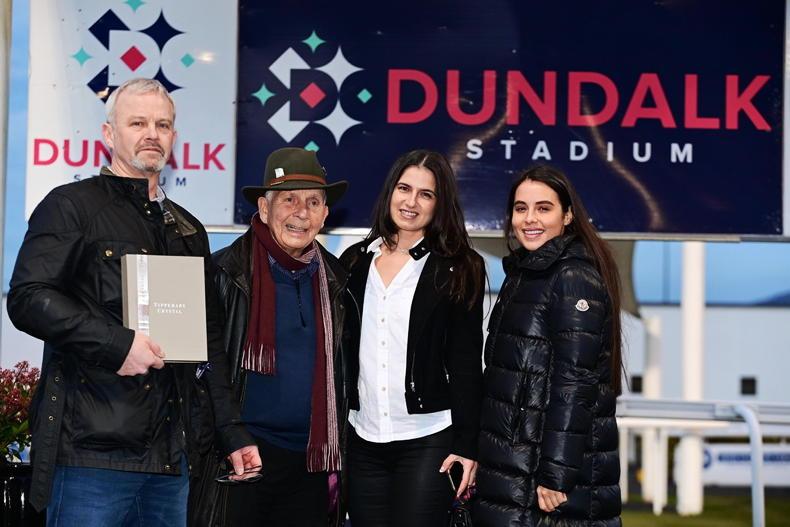 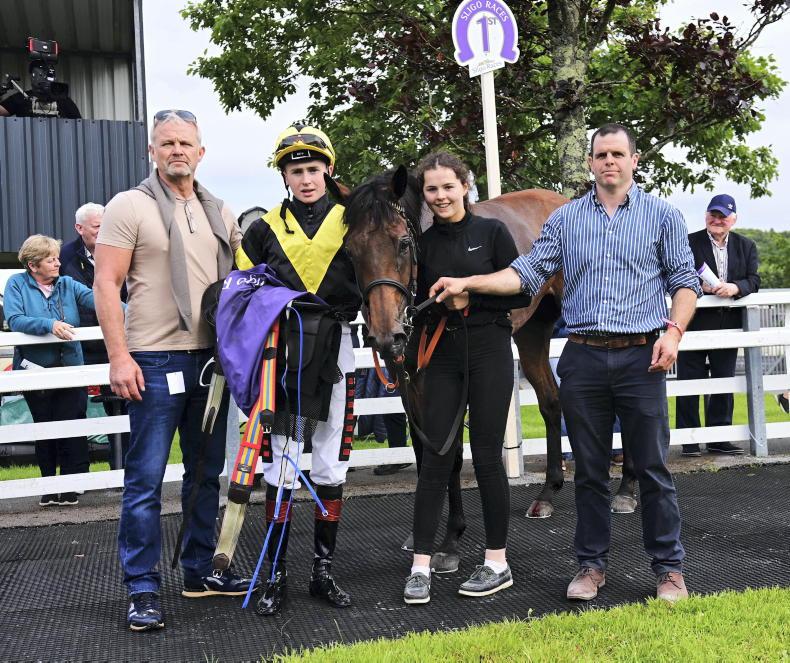 JAMES Whelan drove to Kilkenny to view a filly on the recommendation of a friend. He’d been viewing fillies on behalf of himself and his pal, Jay Bradley. It was in Castlecomer, Kilkenny, that he saw the filly who would go on to be Craft Irish, who won her second race of the season at Sligo last week.

A daughter of promising young stallion Adaay, Craft Irish was a half-sister to a winner and was in training with Pat Murphy. The trainer has had over 20 winners in the past five seasons, boasting an impressive 10% strike-rate.

Whelan recalls that, while it was early days, he was impressed watching Craft Irish work. Murphy told him that she had all the hallmarks of a winner.

Bradley and Whelan have known each other for years as both of Whelan’s children have worked for Bradley at The Craft Irish Whiskey Co.

Over a cocktail at the Belfast Whiskey Week last year, they discovered a shared passion for horses. Bradley spent much of his youth at a yard in Knocklyon, while Whelan grew up around horses and his father is the owner of Basil’s Boy, a winner of three hurdle races for Liam Cusack a couple of years ago. After that weekend, they decided to embark on a partnership together.

Almost every decision in horse racing is a big and costly one. However, Whelan says that the decision to choose Murphy as their trainer was not one of them.

“When I visited Pat’s yard, his expertise and facilities spoke for themselves. It was an easy decision to leave Craft Irish in his hands. I think it’s fair to say it turned out to be the right decision,” he said with a laugh.

The early reports from Murphy were positive and he told the partners that, with the right handling and training, the filly would reach her potential as a winner even though she had not raced as a two- or three-year-old.

“We’ve had no real setbacks to date but we’ve also had a great team. Brian Kileen is one of those people. I had viewed a number of horses over the months, but Brian told me to pay special attention to this filly as he had been involved in the breeding and rearing of her.” Craft Irish made her debut at Dundalk at the end of January, now aged four. She was one of just two in the field of 13 runners who had never raced before but she belied her odds of 66/1 by finishing a close second in that seven-furlong maiden, beaten by less than a length.

Whelan says he was not overly surprised at the result. “I believed that she would be in the shake-up at the finish line and Pat had instilled every confidence in us that Craft Irish would make a mark for herself.

“She had a bad start and was near the back of the field for most of the race. It was only in the last furlong or so, our jockey, Nathan Crosse, made the decision to go wide and down the outside until she could cut in.”

Unsurprisingly, Whelan says there were offers made to them immediately after the race.

“We were offered three times what we paid for her, but we had already decided that she was not for sale,” he said.

Just under a month later, the team returned to Dundalk for another seven-furlong maiden. Whelan says that they leave the where and when of race selection up to Murphy as he is with the filly on a daily basis and knows her inside out.

“Our expectations were high given her first performance and with that comes some nerves and anxiety, which is to be expected for any owner.”

This time the bookies took no chances, offering just 4/5 about Craft Irish at the off. Nathan Crosse was again on board and kept the favourite covered up in the early stages. When he asked the filly to quicken in the home straight she quickened away from her nine rivals to win by two and a half lengths. Whelan recalls: “I knew when I saw her make a move in the last furlong that the victory belonged to her. We were over the moon with the win. It solidified that we made the right decision in keeping her.”

Craft Irish made her handicap debut at Leopardstown in early April but was badly drawn and couldn’t get involved. She was dropped 2lb to 73 for that effort.

After a two-month break she was withdrawn at Listowel after getting loose before the start and then, two weeks later, ran quite promisingly when fourth of nine at Limerick in mid-June.

Just four days later Craft Irish was made favourite for a six-furlong handicap at Sligo. She was noticeably on her toes before the start but Jake Coen kept her calm and, despite a wide draw, they showed good early speed to get to the front before the turn-in. The filly found plenty for pressure and won by half a length.

Pat Murphy reported: “She had a bad experience at Leopardstown, she was drawn wide and ran very keen. She wasn’t as bad in Limerick but was still keen, and the drop back to six seems to have helped.

“Maybe that’s her trip now because she just seems to want to get on with things. She wasn’t really sure what to do when she hit the front and hopefully she’ll pick up another one or two during the summer.”

If the name Craft Irish rings a bell it may be because this year’s Festival Plate at Cheltenham (won by Coole Cody) was sponsored by The Craft Irish Whiskey Co.

The company has been collecting a slew of awards recently for its spirits, so they are on a winning streak.

Connections will surely be raising a glass if Craft Irish can win a nice sprint before the end of the year.