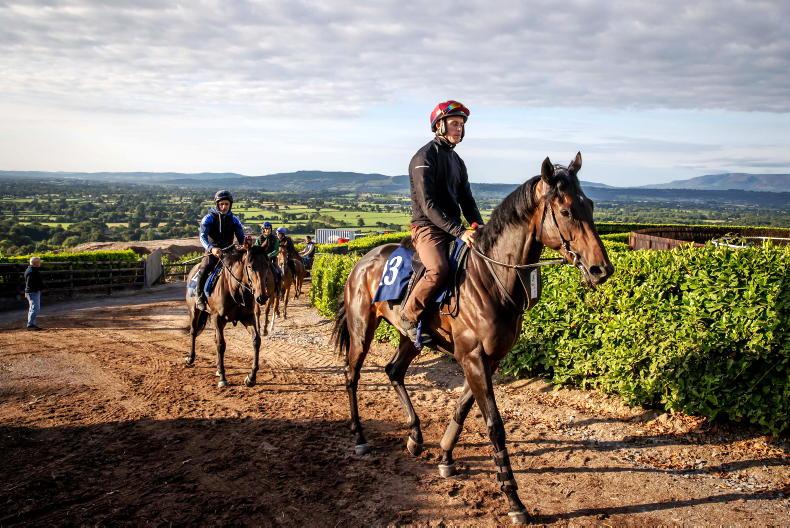 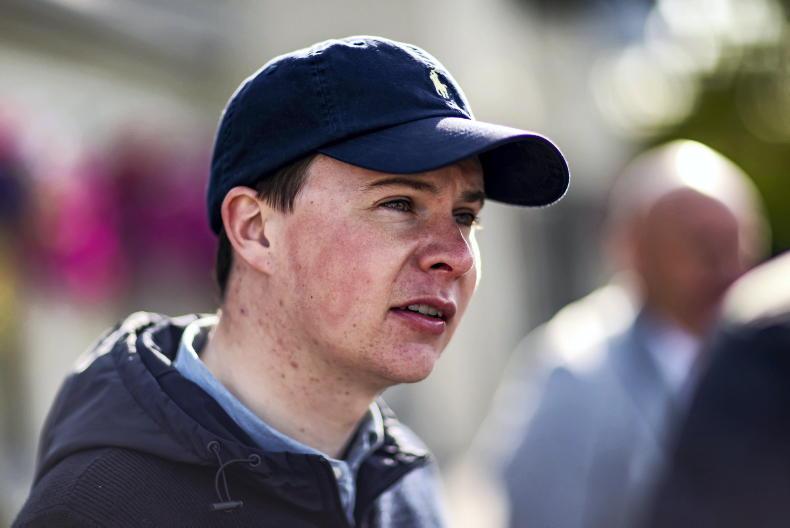 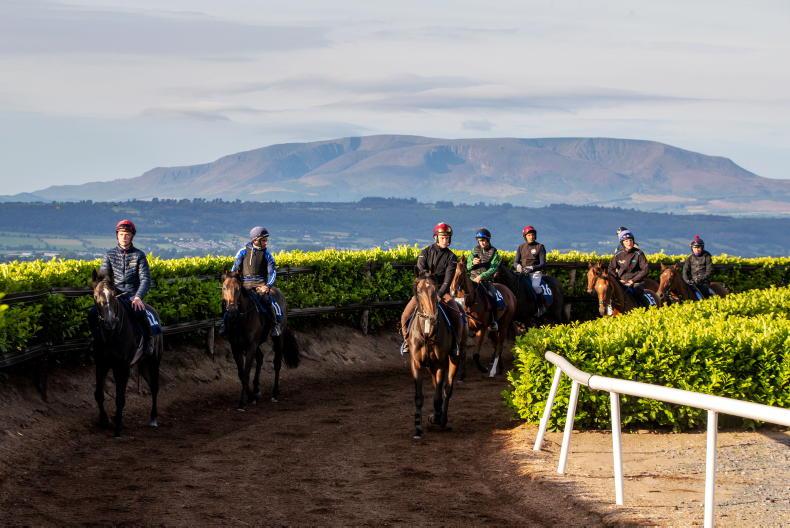 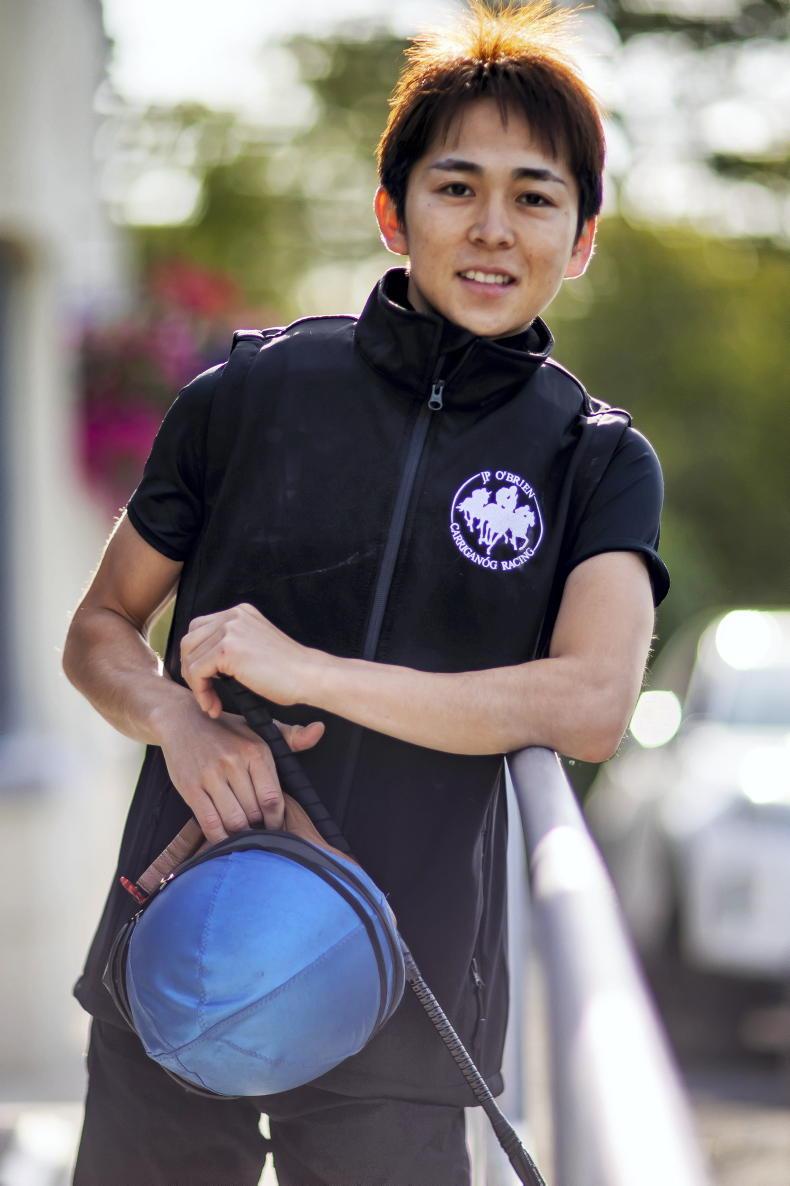 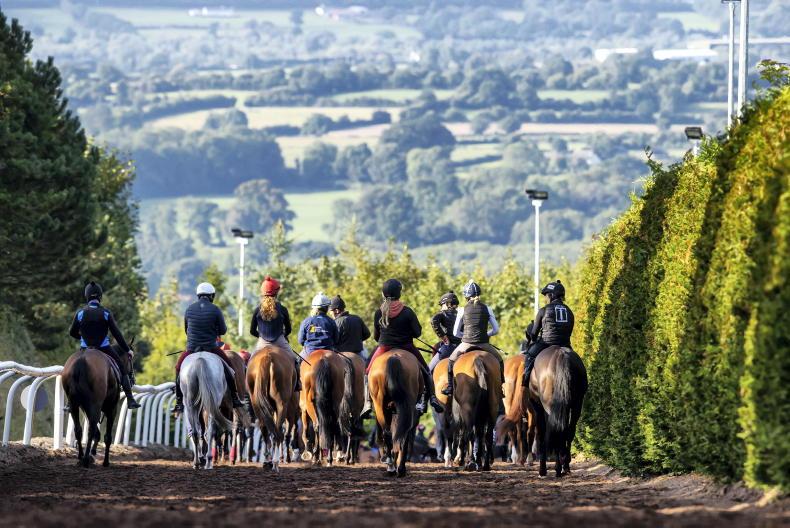 THERE’S never a bad day to wake up in Kilkenny in my book, but when it’s a bright sunny start on the most famous hill in Irish racing, it doesn’t get a lot better.

At Carriganóg all ears are pricked for Irish Champions Weekend and as the horses gather up around us in the ring, the shine from the coats signals game on.

As a number of the 100-strong staff ready the first string of the day, the breaking news of State Of Rest’s enforced retirement doesn’t appear to have dampened spirits and trainer Joseph O’Brien is philosophical on it.

“Every horse retires at some stage or gets sold on at some stage. Listen, it is what it is. That’s part and parcel of any sport, whoever the top players are, they go on to the next part of their career. So it’s great that he’s one of the top stallion prospects in Ireland this year.

“There’s been a huge interest in him, with people coming to see him who are considering sending him mares to him in the future and I’m sure he’ll be very well supported in both hemispheres. He’s a very exciting stallion for Rathbarry and Newgate.”

State Of Rest was retired after MRI checks for Flemington showed up a problem. When asked if the other horses have the green light to go, O’Brien said: “I can’t even answer that yet, to be quite honest. There is still another round of tests to go through.

“They’ve had two rounds already, and there’s another couple to go. They have a very strict process and protocol and we respect that.

“I’m looking forward to going to Sydney in February where it’s a much more realistic process. If you want to go [to Melbourne], you have to go through the process and we’re more than happy to do that.”

B c Wootton Bassett – Love On My Mind

This strapping specimen looked well up for the day’s work as we watched him devour the hill. The commanding colt won his maiden well, giving Joseph the 1,000th success of his training career at the Curragh in August. Options for Al Riffa include the KPMG Juvenile Stakes at Leopardstown next Saturday or the Vincent O’Brien National Stakes a day later.

“He has done well and we had the option of the Futurity [two weeks ago], but we decided to wait. He is also entered in the Juvenile Stakes, so it’ll be discussed with his owner in the meantime, but I think he might end up in the National Stakes. He’s done well so far. He’s a really nice colt.”

The €300,000 Palmerstown House Estate Irish St Leger is shaping up to be a nail-biter with the Aidan O’Brien-trained Gold Cup and Goodwood Cup winner Kyprios setting a high standard and with the possibility of superstar Stradivarius being supplemented to join the battle.

Raise You seems to be at his happiest when he’s stepping out at the Curragh and the chesnut powerhouse looked in impressive shape as he worked the gallops.

“We’ve a couple of strong candidates for it, Raise You loves it there. I think since we’ve gone up in distance is really is where the improvement is, and it was a very good performance the last day. I don’t know if we’d beat them but, hopefully, Raise You will run his race. All you can do is win the trial for the race. We’ve beaten a previous winner and set him up for a good challenge. He’s been a lovely horse this year.”

Looking very relaxed and happy in his work on the gallops, the Chester Cup winner and Melbourne Cup hopeful Cleveland is showing a lot of promise. “Cleveland is really good, it was a really good run last time so the Leger is an obvious stepping stone for him. Even this year he’s had a good year so far, hasn’t he? It was nice to see him take the step into group company and perform well.”

Despite Hannibal Barca falling a bit short at the Derby, Joseph is positive about his abilities: “Yeah, he didn’t stay the mile and a half in the Curragh, the pace was very strong, so even though he has an option of a mile and a half again, there’s a race in France that is a mile and a quarter. He also has another listed option in Ireland over nine furlongs, so it’ll be discussed with his owner where he runs, but he’s a talented horse, we think the best is yet to come with him.”

Having won the Melbourne Cup with Rekindling 2017 and Twilight Payment in 2020 it’s hard not to consider the possibility of a repeat with Point King. When he’s cantering past you can almost feel the three recent unbeaten races off him. This is a confident horse as he heads to the Group 3 Paddy Power Kilternan Stakes at Leopardstown.

“If he happened to go well for us then he would quite possibly go (to Melbourne). He’s really been progressive this year, he had a lovely run at two and I mean he’s progressed up through the ranks from race to race this year. We had the option of sticking him into one of the Legers, but it’s a nice stepping stone into Group 3 company for him.”

Above The Curve has been on hold since winning the Group 1 Prix Saint-Alary at ParisLongchamp back in May and was away at the Curragh for our visit to the yard. O’Brien said of her: “She hasn’t run for a little while so she’s just having a little bit of a pipe-opener today. We use the Curragh gallops quite a lot through the season, and it’s as good a training ground as there is anywhere in the world: it’s great to have it on our doorstep.

“She’s a nice filly, obviously a Group 1 winner. She possibly is going in the Blandford. She had a little hold-up in the Spring, and she’s come back for the autumn. You’d like to think if she did happen to be in training next year she’d be at least as good, maybe better. She’s in the Matron, but I’d say the Blandford would be the more logical race for her.”

Thornbrook could face Debutante Stakes rivals Meditate and Olivia Maralda in the Moyglare Stud Stakes at the Curragh, O’Brien said of her: “I think Thornbrook will be the main one, it doesn’t look like I might run another one as well as that. Zoinnocent is in there as well, but she might wait for the Goffs Million.”

Firm favourite of new Japanese jockey Ryoya Kozaki, Caroline Street was keen as could be as she powered up the Carriganóg hill. O’Brien said of Caroline Street plans: “She might run in a seven-furlong Group 3 a couple of weeks after at the Curragh.” Christened ‘Roy’ on the yard, the talented new jockey has ridden over 150 winners on home turf in Japan and has worked in Australia and New Zealand. He’s been riding out at the Owning stables for just three weeks but doesn’t hesitate to admit that athletic bay Caroline Street has captured his enthusiasm.

Following a disappointing Belmont Oaks run, Agartha won last week’s Group 3 Fairy Bridge Stakes at Tipperary and her trainer is keen to get her back to Leopardstown. “She’s always runs well there,” he said. “It was nice to get her back on track the other day and get her head in front again, she hadn’t won for a while.

“She’s been a very consistent performer really. Her one disappointing run was in America when she probably didn’t get the 10 furlongs. She’s a great filly, she jumps and runs and that’s her style. She likes to go, you let her run along and they have to come and get her – she’s not an easy horse to pass, she always boxes on well.

“She does have an option of going back to Tipperary in a couple of weeks as well, but the Matron is probably more likely.”

O’ Brien on other horses:

“Andreas Vesalius is in the seven-furlong handicap in Leopardstown. Brostaigh in the Flying Five Stakes. Tranquil Lady is possibly not going to run until France a few weeks after, I’m just not sure about her yet. Lakota Seven is in the mile race.

“Roaring Gallagher will probably run in the mile race in Leopardstown. Ma Belle Artiste is in the Moyglare or Goffs Million. Didnthavemuchtodo will run in the Blandford Stakes.” 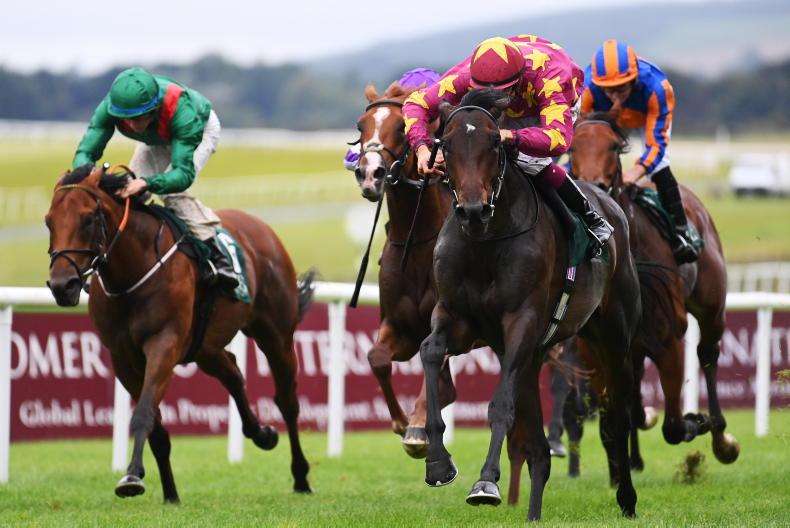 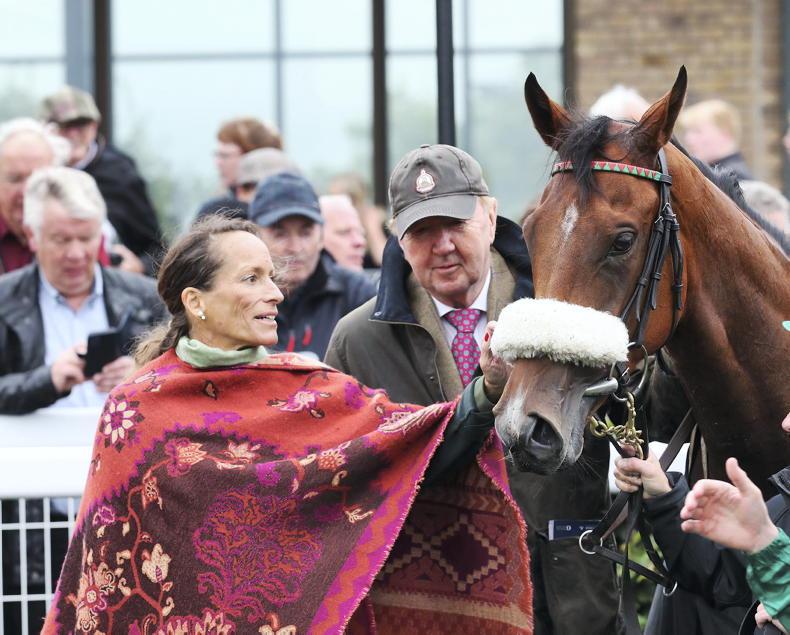