A big result for the Irish National Stud's stallion National Defense, as the Irish-bred filly wins on the world stage 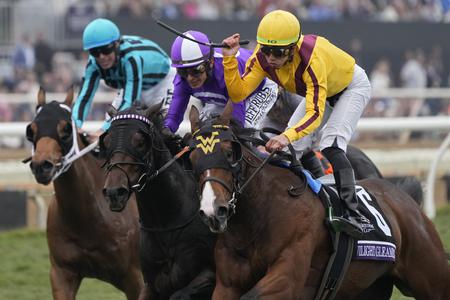 The 2021 Breeders' Cup at Del Mar began with an Irish-bred winner as Twilight Gleaming won the Juvenile Turf Sprint for trainer Wesley Ward.

Second in the Queen Mary at Royal Ascot to Quick Suzy – who was due to run in California, but missed out when spiking a temperature at the start of the week – Twilight Gleaming shot from the stalls under Irad Ortiz Jr.

One Timer kept her company for some of the way, and the Michael O’Callaghan-trained Twilight Jet was close on their heels.

But as the winner powered on, David Loughnane’s Railway Stakes victor Go Bears Go made relentless progress under John Velazquez and was closing all the way – just finding the line coming a few strides too soon.

Hugo Palmer’s Hierarchy was another European raider to come home well, in the hands of Oisin Murphy.

The winner is a daughter of National Defense, who stands at the Irish National Stud. She was bred by Pier House Stud and was sold at the Goffs Orby Sale for €75,000 to agent Ben McElroy on behalf of owner Barbara Banke.

Ward – winning the race for the third year in a row – said: “I’m lucky to train so many fast horses this year. But there are some really good prospects coming through for next year. When you have the athletes on your side it makes everything so special.

“I will see how she progresses and I imagine either the King’s Stand or the Commonwealth Cup will be on her agenda next season.

“We start them early, and moving forward I knew she was fast. She won at Belmont on the grass and finished second in the Queen Mary. Then we knew we had something special.

“When she won in France (after Royal Ascot) we brought her back a gave her a good break. When she came back into training she got better and better.”

A proud Loughnane said of Go Bears Go: “He’s a superstar and has taken me to new heights. He’s a life-changing horse.

“I thought the distance might be too sharp, but that wasn’t it. He just missed a stride at the gate and Johnny thought it cost him the race. He’s never done that before, but on this stage you can’t get away with it.

“Out here the races are won in the first furlong, whereas we go quickest in the last.” 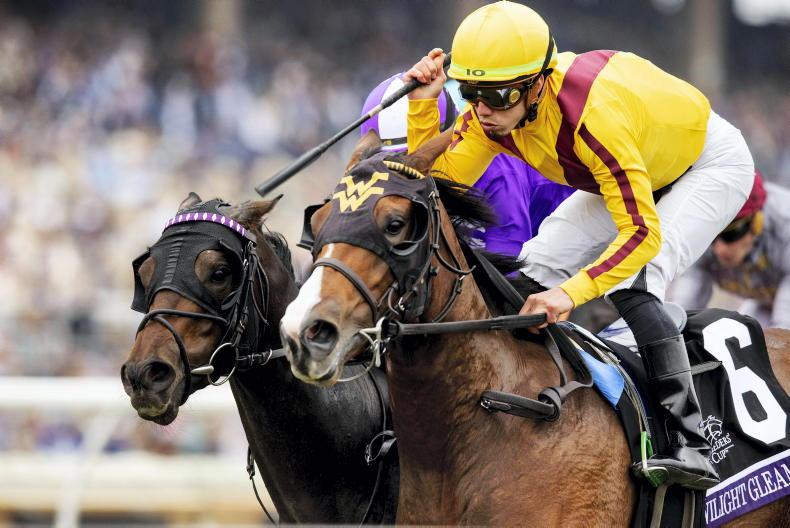