Leo Powell reports on an electric renewal of the Fasig-Tipton November Sale, one that produced 26 sales of a million dollars or more 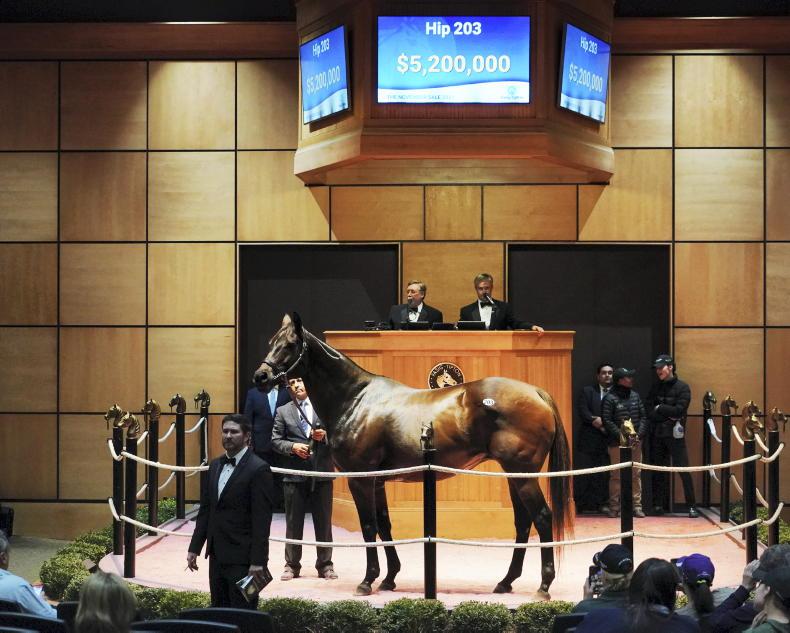 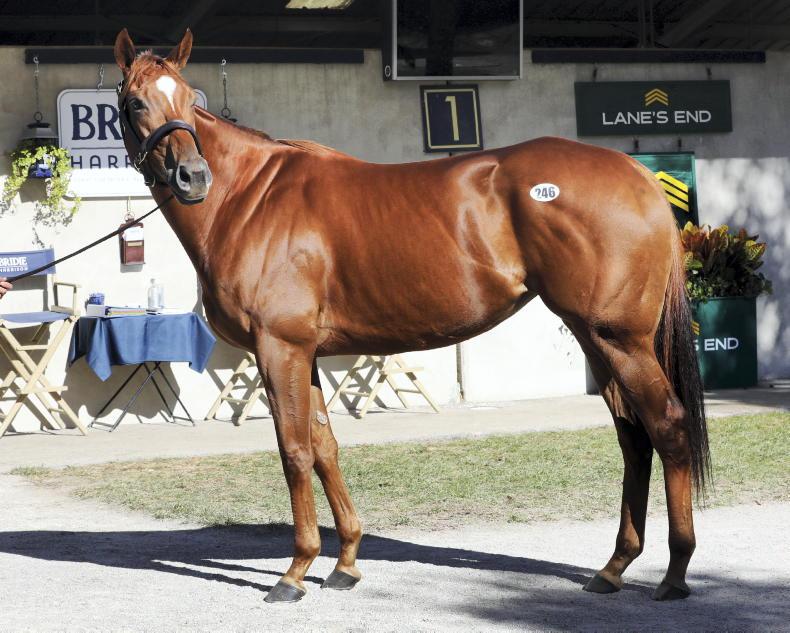 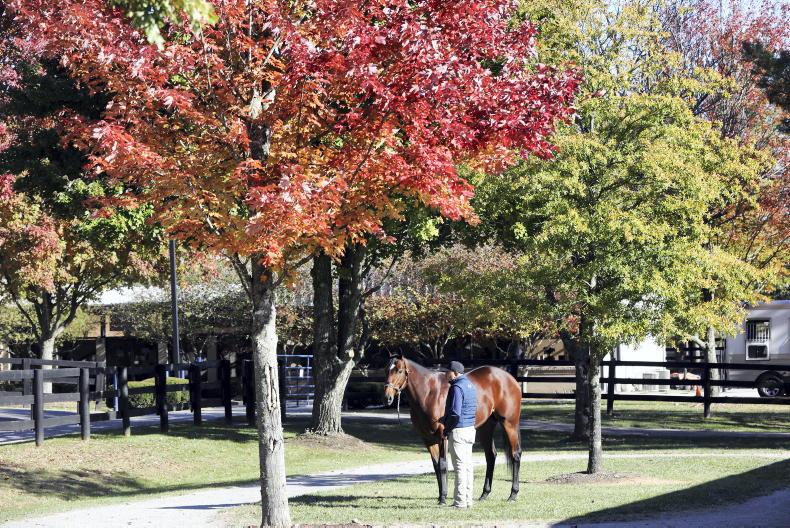 THE FASIG-TIPTON November Sale produced an outstanding set of results, passing the $100 million mark in a single session for the very first time in the sale’s history. The company sold a remarkable 26 fillies and mares who brought prices in excess of $1 million each. It was a night of incredible success.

Grade 1 producer Magical World, in foal to multiple leading sire Into Mischief, topped the sale when she sold for $5,200,000 to Whisper Hill Farm and Three Chimneys Farm. The daughter of Distorted Humor’s first four foals are winners, and they are headlined by the multiple Grade 1 winning millionaire Guarana (Ghostzapper), and the Grade 2-placed stakes winner Magic Dance (More Than Ready). Magical World is out of the Grade 1 Breeders’ Cup Distaff winner Pleasant Home, and from the immediate family of champion Sky Beauty and Grade 1 winners Violence and Tale Of Ekati.

Earlier in the session Guarana herself was sold for $4,400,000 to Hill ‘n’ Dale and she too is carrying to Into Mischief, the offspring will be her first.

“A remarkable evening tonight,” said Fasig-Tipton president Boyd Browning. “We were so fortunate to have a tremendous group of horses. It was almost impossible to believe the quality of horses on the grounds.”

Record-setting Grade 1 Kentucky Oaks winner Shedaresthedevil topped the racing/broodmare prospects on offer, selling for $5,000,000 to Whisper Hill Farm, Flurry Racing and Qatar Racing. The four-year-old daughter of Daredevil ran the fastest Oaks in history, defeating champions Swiss Skydiver and Gamine, as well as the Grade 1 winner Speech. Shedaresthedevil’s seven graded stakes victories also include this year’s Grade 1 La Troienne Stakes and Clement L. Hirsch Stakes. To date she has earned $2,331,458 and has won or placed in 15 of 17 career starts.

Her rival and Eclipse champion Swiss Skydiver was another headliner on the night and she sold for $4,700,000 to Katsumi Yoshida, one of a number of prominent buyers from Japan. Also a daughter of Daredevil, the four-year-old won five graded stakes last year on her way to being crowned champion sophomore filly. Her victories included a win in the Grade 1 Preakness Stakes over the Kentucky Derby winner and subsequent Horse of the Year Authentic.

Swiss Skydiver captured the prestigious Grade 1 Alabama Stakes at Saratoga last year and won this year’s Grade 1 Beholder Mile Stakes. She won or placed in 12 of 16 career starts and earned $2,216,480. “Our friends from Japan have become a major component of this sale,” said Browning when asked about the high level of participation from Japanese buyers. “We live in a global world and we’re fortunate that we have a global marketplace here.”

Yoshida was very busy stocking up at the sale and his other purchases included the Grade 1 winning juvenile Princess Noor, in foal to Into Mischief, for $2.9 million, another Grade 1 winning two-year-old filly, Simply Ravishing, for $1.7 million and last year’s Grade 1 American Oaks winner Duopoly for $1.6 million.

Two fillies and a mare sold for $3,000,000 each, and all are due to go to Japan. The JS Company paid that amount for the Grade 1 Spinster Stakes winner and Grade 1 Breeders’ Cup Distaff runner-up Valiance, a daughter of Tapit. Meanwhile, Masahiro Miki twice had to pay the figure, firstly for the Group 1 Connolly’s Red Mills Cheveley Park Stakes winner Brace Anna, carrying to Quality Road, and then for the Grade 1 Breeders’ Cup Juvenile Fillies Turf heroine Aunt Pearl, the talented daughter of Lope De Vega. They were Miki’s only two purchases.

Ballylinch Stud’s Lope De Vega was also represented in the sale by the Grade 2 winner La Dragontea, runner-up in the Grade 1 E P Taylor Stakes, and this four-year-old from the family of Montjeu, cost Julian Blaxland and Rosemont Stud $1,375,000.

Yet another Japanese buying force was Shadai Farm. The more expensive of their two buys was the Grade 1 winning two-year-old Dayoutoftheoffice, runner-up in the Grade 1 Breeders’ Cup Juvenile Fillies. She realised $2,850,000. Not far behind was the $2,600,000 price tag for the Grade 1 Acorn Stakes winner Carina Mia, and she had the added attraction of being in foal to Uncle Mo.

The latter stallion is the sire of Nyquist, and his first crop last year was headed by the Grade 1 Breeders’ Cup Juvenile Fillies and Grade 1 Spinaway Stakes winner Vequist. Those victories earned her a champion accolade and she cost Spendthrift Farm $3,400,000. The same buyers, who stand Into Mischief, spent $2,000,000 on another Grade 1 Spinaway Stakes winner, Perfect Alibi, and she is in foal to their multiple champion sire.

Another mare in foal to Into Mischief was Moonshine Memories, and she won a pair of Grade 1 races at two. Her dam is a half-sister to the Horse of the Year Favorite Trick. She sold to West Bloodstock for $3,400,000. Gainesway joined forced with Mandy Pope’s Whisper Hill Farm to spend $3,200,000 on Hard Spun’s Grade 1 winning daughter Hard Not To Love, just a bid more than Narvick International spent on Galileo’s Group 3 winning daughter Bye Bye Baby, a full-sister to the Group 1 Derby winner Serpentine. She is in foal to Tapit.

“We were supported by an unbelievable cross-section of horses from an unbelievable cross-section of consignors and owners,” said Browning. “That’s what it’s all about: it’s the quality of horses that you have the opportunity to sell, and we were fortunate tonight to have an all-star cast of offers and support from a tremendous buying base from all over the world. I couldn’t be any more pleased.” 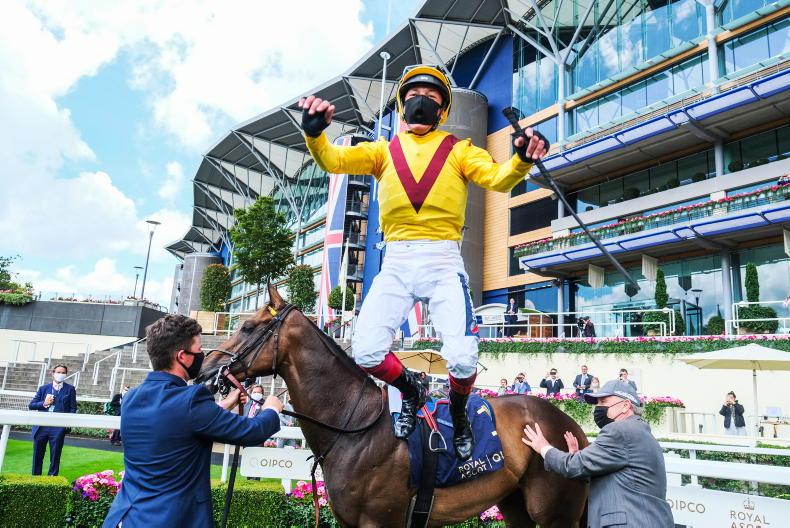 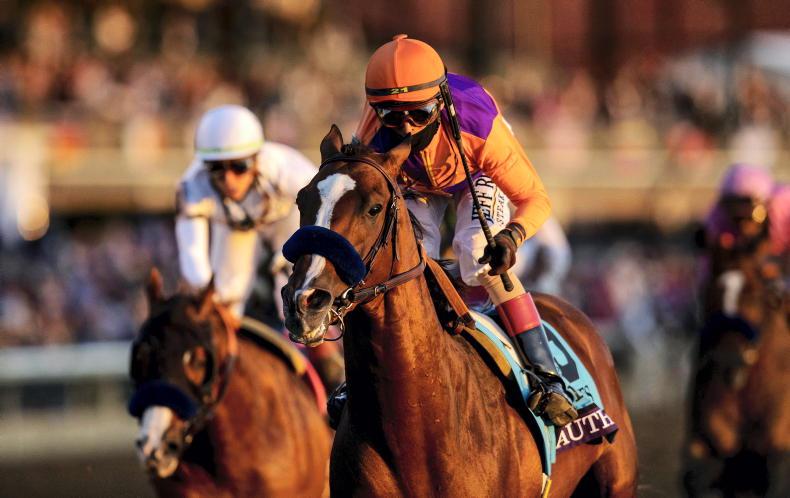 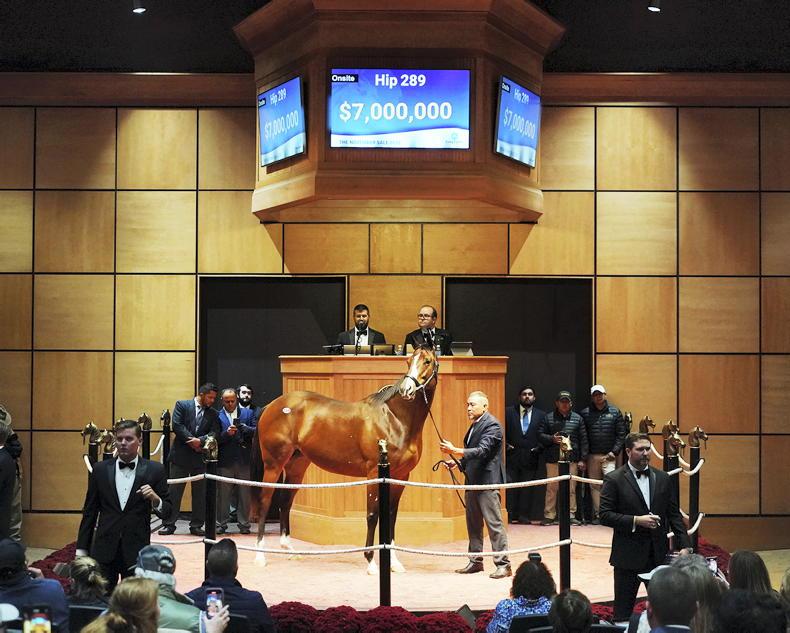 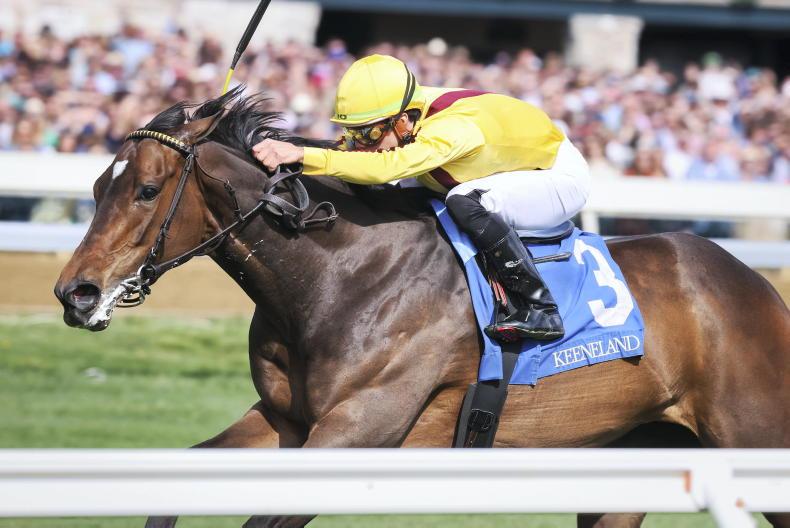