There are strong entries for the Bar One Racing-sponsored handicaps at Fairyhouse on Sunday, November 29th 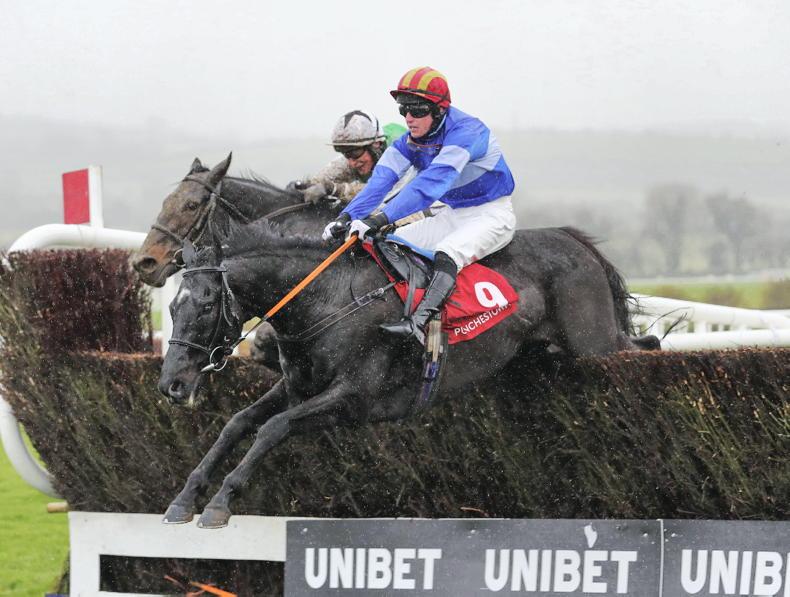 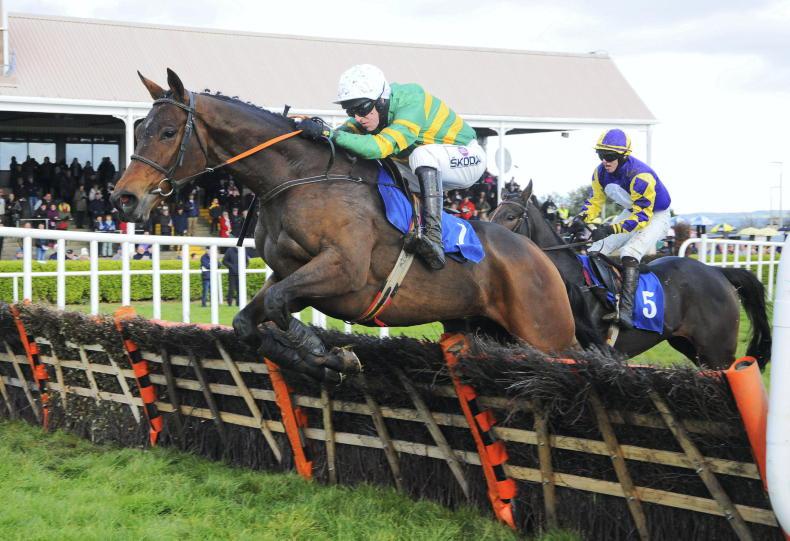 WHAT promises to be a great day’s racing at Fairyhouse on Sunday, November 29th will be further strengthened by two high-class Bar One Racing-sponsored handicaps.

Adding to a stellar card will be the BARONERACING.COM Porterstown Handicap Chase which features an overall prize fund of €125,000 this year and the €75,000 Bar One Racing Extra Places Handicap Hurdle, the entries and weights for which have been released today.

Successful in the race with Killer Miller a year ago, trainer Noel Meade has entered four horses headed by the novices Brace Yourself and School Boy Hours, with Voix Des Tiep the highest-rated of Willie Mullins’ quartet.

The Paul Nolan-trained Mon Lino and Tom Gibney’s Ah Littleluck, second and third in the race last year are entered again while other notable contenders include Dermot McLoughlin’s Captain Cj, winner of the Grade 2 Ten Up Novice Chase at Navan in February and the recent Troytown Chase third, Scoir Mear, another possible runner for Tom Mullins.

The Willie Mullins-trained Buildmeupbuttercup has held her form well since finishing runner-up to her stable companion Janidil in the Bar One Racing Extra Places Handicap Hurdle last year and she heads the 25 entries for the 2020 renewal after her listed hurdle success at Punchestown on Sunday.

The champion trainer has made six entries in all and the likes of Ciel De Neige, fourth in this race a year ago, and Getaway Gorgeous might well join the hat-trick-seeking mare in the two-mile event. Unfortunate not to win the race in 2018, Campeador is one of five entries for Gordon Elliott.

Barney O’Hare of Bar One Racing said: “We’re pleased with the strong entry for the Porterstown. We’ve got some established handicappers along with unexposed and potentially well-handicapped horses. This should lead to a strong betting heat on the day. It adds an extra dimension to a top-class day of National Hunt racing.”

Peter Roe, general manager of Fairyhouse Racecourse, added: “We are delighted with the strength and depth of the entries for our two big handicaps that supplement our graded action on one of the biggest days in the Irish Jumps calendar. The Bar One Racing Porterstown has attracted a strong entry from the Gordon Elliott yard headed by former BoyleSports Irish Grand National winner General Principle, while Captain CJ will be bidding to give local trainer Dermot McLoughlin the biggest success in his training career. The Bar One Racing Extra Places Handicap Hurdle features Sunday’s Punchestown listed hurdle winner Buildmeupbuttercup and Hearts Are Trumps which would be a popular winner for Dessie McDonogh.

“The track is currently yielding to soft and as the Easter Festival did not take place this year the tracks for the two-day meeting will not have been used since the corresponding fixture in 2019. We are gearing up to an exciting fixture and while the meeting is behind closed doors we encourage people to engage with us on our social channels for live action from the track and there will be five races screened live on RTE on Sunday, November 29th.”