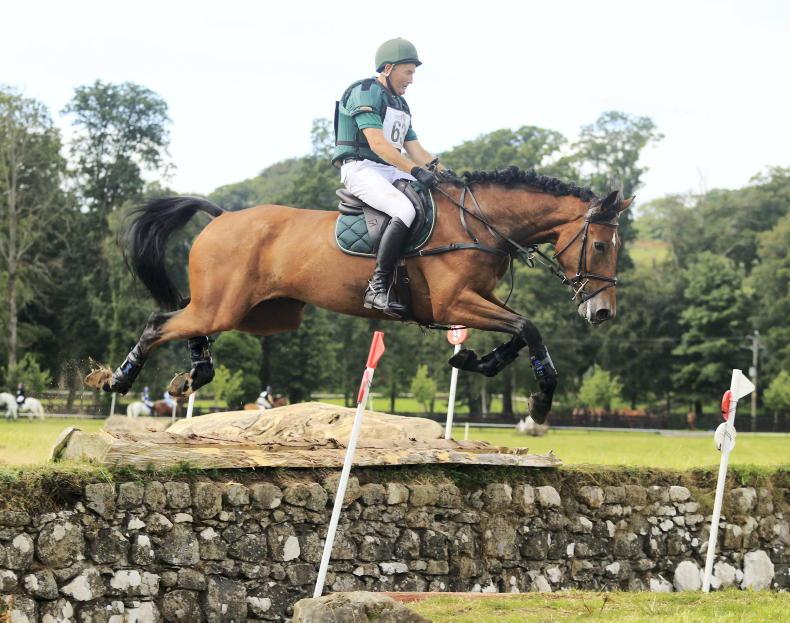 TOM Rowlatt McCormick and his team silver medal from the Junior European eventing championships were the centre of attention last Saturday as the Northern Region of Eventing Ireland staged a one-day event at Loughanmore.

The Co Antrim estate, home of the Dennison family, is one of the most beautiful on the circuit and lovingly maintained. This year course builder Adam Stevenson, with the assistance of Georgia Stubington and Harry Evans, revamped a number of fences including the Steps and Sunken Road. The Aaron McCusker-designed show jumping courses proved very influential.

Just six horses started in the EI115 (Open) of whom half were ridden by Sarah Ennis. She jumped double clears with time penalties on all three but had to settle for second, third and fourth on Grantstown Jackson (35), Action Lady M (36.2) and Dourough Ferro Class Act (45.2) as Steven Smith claimed the honours on Hi Happy Harry.

The Gilford rider and Terry Johnston’s 14-year-old Porsch gelding topped Vanda Stewart’s scores in the dressage phase which, combined with a fast cross-country round (1.6), allowed them lower a pole show jumping and stay in front to win on 33.8.

Smith partnered three geldings in the EI100, all of whom have qualified for the five-year-old young event horse championship at this week’s Dublin Horse Show. Two of them, CJO Kann Surprise and Tullaher Paudie shared second place after dressage on 23.5 as Elaine O’Connor and the vastly experienced Sir Barnabus led on 22.8.

However, even this 13-year-old Cyrano gelding picked up four show jumping penalties, as did Tullaher Paudie to drop them down to third and fourth as Caroline Overend and Carla Leith’s CJO Kann Surprise got his eventing career off to the perfect start on his flatwork mark. Thanks to his double clear, Adam Haugh moved up into second with his five-year-old Future Trend gelding, FJK Back To The Future (26).

A bay ISH by Kannan, CJO Kann Surprise was bred by the late Trevor Overend out of the Lux Z mare CJO Curiosity Lux.

“I was pleased with the ground at Loughanmore,” commented Smith. “The EI115 track rode well however I felt the EI100 course at times lacked flow – especially considering the scope of the estate. I think the timing of the event, being a week after Kilguilkey International and with Punchestown on the next day for southern riders, meant there weren’t more EI115 horses to support the class.

“The dates really need to be sorted out as again we have two advanced classes running against each other this weekend at Necarne and Kilguilkey.”