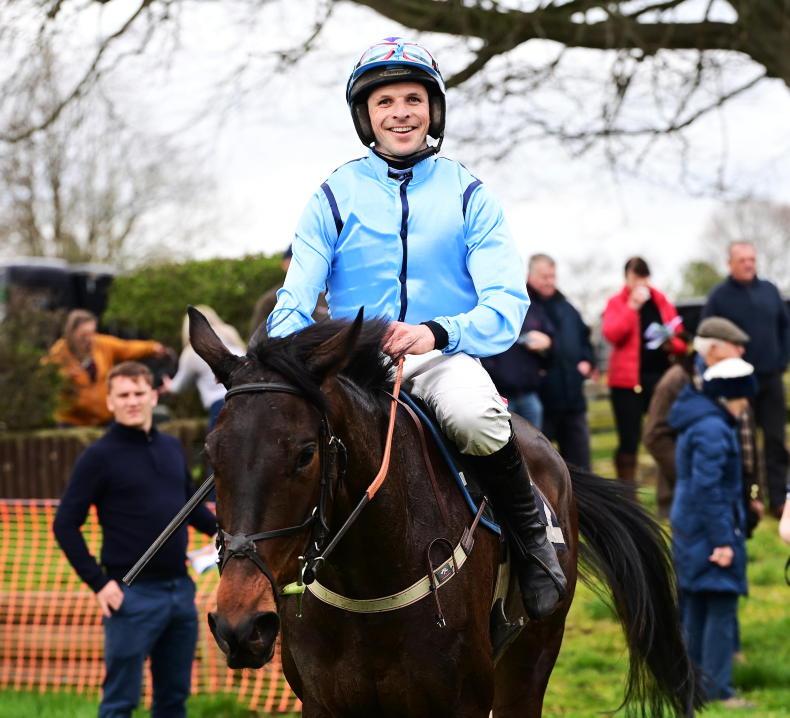 A BUMPER weekend of Easter racing produced a number of notable displays in the younger-age division headlined by the emphatic debut victory of The Gooner (94++) at Curraghmore on Sunday.

The race was run to a good tempo in the conditions which resulted in the field getting very well strung out some way out.

The Flemensfirth gelding came from mid-pack and was effectively only one of two horses to get involved in the race. Once edging to the front before the penultimate fence he extended his advantage the further he went in what was a particularly strong staying performance.

His 12-length winning margin was the greatest of the five four-year-old races that were run over the three days, followed by Loughanmore winner It’s For Me (94+).

He benefitted from the patient waiting tactics that were employed in a race which really began to develop from the back straight.

At the time, It’s For Me was still only sitting in sixth jumping the penultimate fence, however as those in front began to feel the pinch, he arrived full of running and powered clear from the last to win by eight lengths. That finished speed will certainly be an asset over short trips.

It was a more hard-fought victory for the stable’s Largy Force (82+) in the mares’ equivalent on the card. This was a more steadily run race and as a result just over six lengths covered the first five home ensuring speed was at a premium.

Foreverwalking (93+) was always to the fore at Quakerstown and a good jump two-out saw his superior speed quickly put his two nearest pursuers under pressure.

A mistake at the last in the testing conditions saw him surrender all advantage which could have proven costly however, he just clung on to win by a head. Things appeared to happen very easily for him up to the final fence in a stamina-zapping test that was 30 seconds quicker than the card’s average.

In contrast, at Oldcastle the opener was a steadily run affair on account of the rain-softened conditions there and it saw Fortuante Soldier (92+) make all.

Impressively, he was strongly pressed up the climb to the home straight, and having mastered that rival from the home bend he landed full of running after the last to extend six lengths clear by the line.