Title: EOGHÁIN WARD: Pa is King of the west

As the points' season draws to a close, not all championships have been decided yet 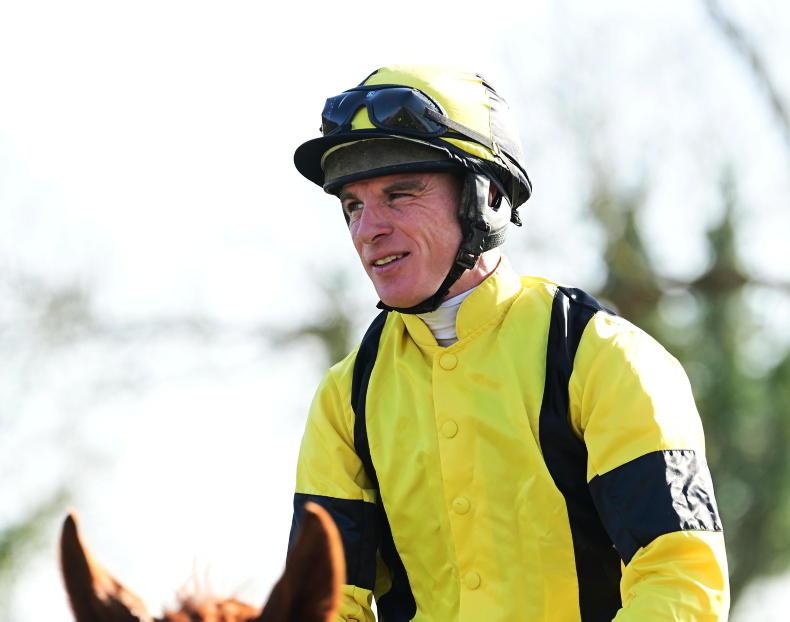 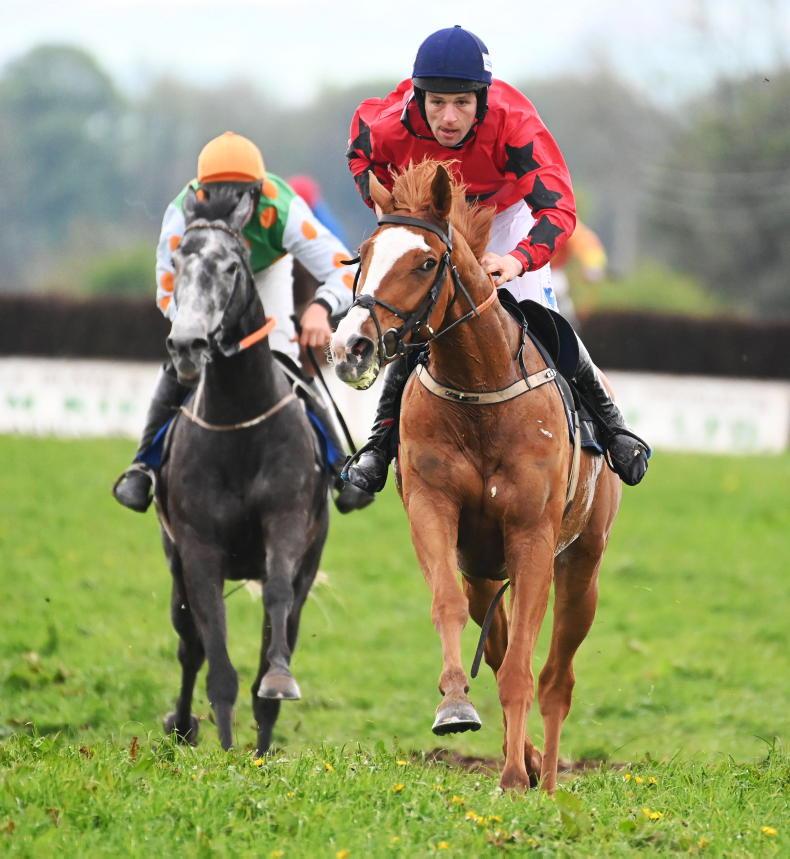 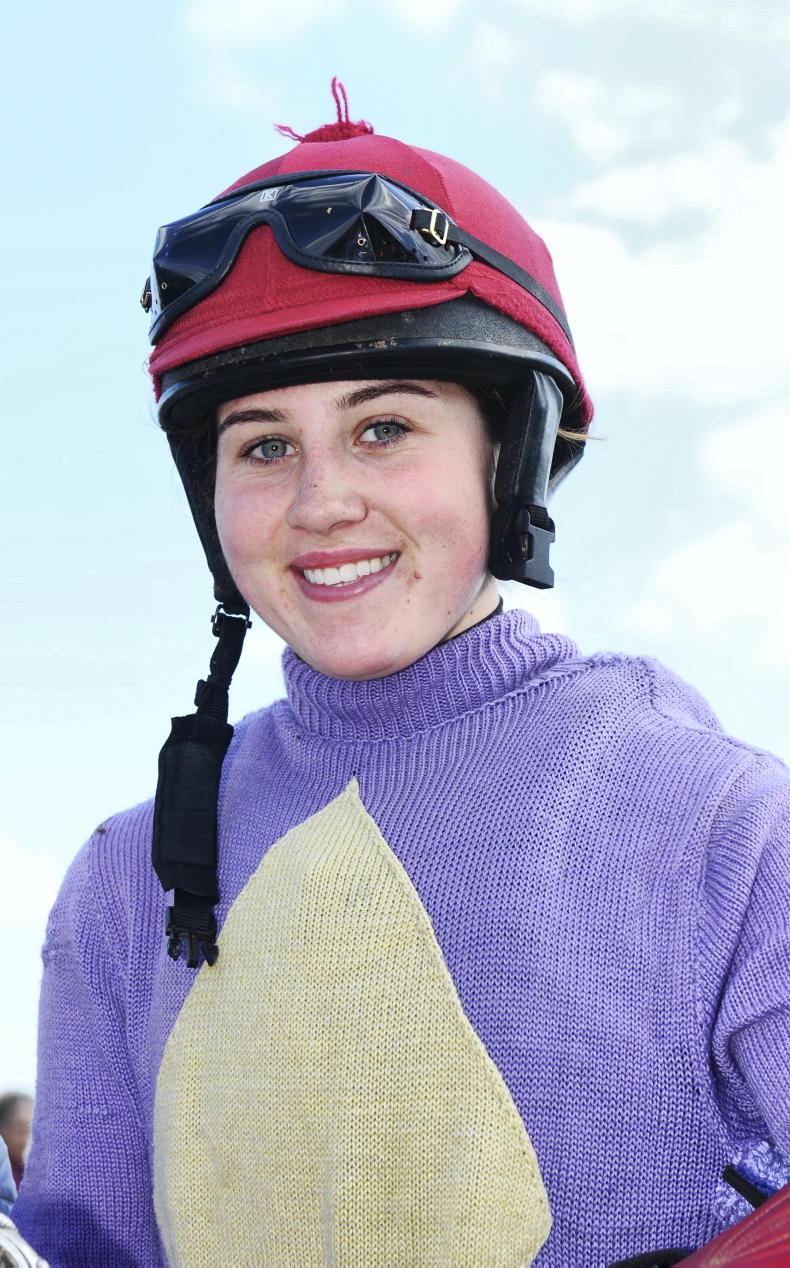 TODAY’S card at Broughshane kickstarts the final four weekends of the season and, while there may still be at least nine fixtures to be run, most of the regional riding titles have already been decided.

Pa King became the first title winner when sealing the western championship for the first time at Stowlin on Sunday.

The Tipperary native may have had to settle for an unlucky runner-up finish in the five-year-old and upwards mares’ maiden on the card. However just one winner there for his closest pursuer Rob James was sufficient for the 34-year-old to be crowned champion.

The title success adds to his two previous titles when crowned under-21 champion in 2008, 12 years before he added a first regional title in the south to his CV in 2020.

Twelve months ago, Barry O’Neill created history by becoming the first rider to secure a clean sweep of regional titles in a single season, and he is well on his way to defending at least two of them.

The Wexford rider will wrap-up a fourth northern title from the last five years when action in that region comes to a slightly premature close this afternoon, as neither Rob James or Declan Lavery will be able to overcome a seven-winner deficit to him at the mid-Antrim fixture.

O’Neill will also add to his haul in his home region next weekend. The addition of a fixture at Punchestown next Saturday is unlikely to be sufficient for any of his rivals in the east to prevent him securing a sixth title there when that region culminates at Stradbally on the following afternoon.

His eight-winner advantage over Jack Hendrick, who has been sidelined in recent weeks, will see him claim a 12th regional title in all, aided by the support of Colin Bowe and David Christie who have been the winning-most handlers this season in the eastern and western regions respectively.

O’Neill and Bowe will also retain the champion rider and champion handler titles respectively once again, with Bowe’s dominance in the training ranks stretching to a 10th title in a category that has only been presented for 15 years.

The picture is a lot less clear in the south, a region that has produced three different winners in each of the last three seasons. Continuing that theme of threes, there are three riders tied at the top of that table entering into tomorrow’s fixture at Bartlemy, including Derek O’Connor who is seeking his 11th title in the south.

Not since Ciaran Fennessy’s 2016 title success has the southern championship been won by a Cork or Waterford native, but this year would seem to offer the best opportunity since then of righting that with Chris O’Donovan and James Hannon the two riders sitting alongside O’Connor at the top of the table.

Twenty-six-year-old O’Donovan, the 2016 under-21 champion, moved to take a share of the title lead with his 16th winner there at Dawstown on Monday, and Hannon is chasing a first ever title success.

Irrespective of how the southern title plays out, O’Connor will add to his title haul by collecting the senior crown, and Brian Dunleavy has almost ridden double the number of winners of any other rider on the under-21 leaderboard and remains six winners clear of Ben Harvey.

Susie Doyle’s 50% strike rate for the season was maintained with success at Dawstown to re-establish her three-winner lead over Liz Lalor, after Lalor had briefly reduced that advantage 72 hours earlier in Largy. With just one ladies’ open remaining this season at Ballingarry that could have been key.

In the ultra-competitive champion point-to-point horse race, title contenders Is A Real Champ, Rose Of Coolbally and Some Man have all failed to move beyond the four-winner mark in their latest outings in the past fortnight, although the last-named could try again at Broughshane this afternoon.

That has allowed A Rated to become the seventh horse to join them.

However, on countback it is Mighty Stowaway, who despite having been sold to England after placing in the Cheltenham Festival hunter chase back in March, who would currently claim the title for Gordon Elliott and Camilla Sharples owing to his superior place record. This is one title race with plenty more twists and turns to come.