Title: EOGHÁIN WARD: Diane back between the flags

'The opportunity came along to ride this horse in an open and I went for it.' - Diane Duffy is back in the saddle 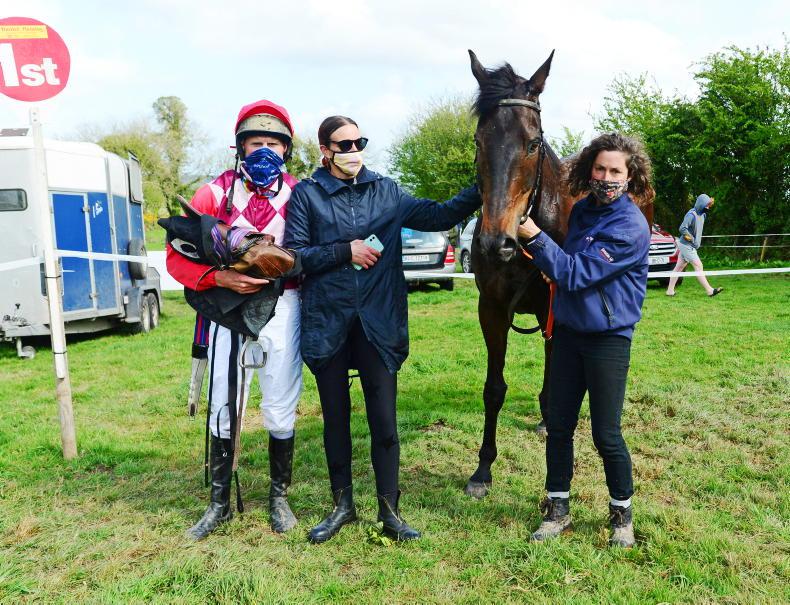 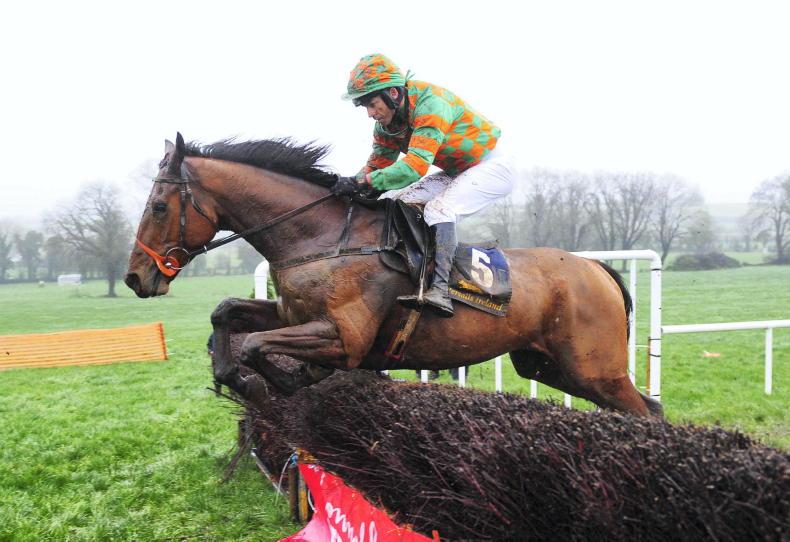 IF ever there was a weekend to epitomise the many facets of point-to-point racing, last weekend would certainly have to be considered one of them.

On one hand the commercial operators of the four- and five-year-old maiden divisions unleashed many of their stable stars on the eve of the Cheltenham sales in a bid to cash in on the record-breaking successes of the sports graduates last season.

That yielded a number of top-quality maiden races which look sure to produce a future star or two, as these races took place side-by-side with a notable return to the saddle that exemplifies the Corinthian roots of the sport.

At Dromahane last Sunday, Diane Duffy returned to race-riding some 18 years after she had last ridden in the pointing fields when she guided Ruaidhri Tierney’s Ringrone Castle to finish fourth in the open lightweight.

Comebacks have been something of a theme for the Duffy family, with Diane’s brother Peter winning a brace of open races at Dawstown and Ballindenisk last May aboard his Robin De Roost.

His own return in Oldcastle two years earlier had marked his first ride in over 10 years and it spurned his sister into a comeback of her own.

“A lot of it was thanks to Peter’s enthusiasm when he had his comeback,” she explains.

“I had been out of racing for 16 or 17 years, but Peter started keeping a couple of horses again and getting back into it, so when I would be visiting him I would sit back up on a horse or two. Bit-by-bit he kept at me and said that it’s great craic and one thing led to another.

“I got a point-to-point handler’s permit and had two horses in training for the last year and a half, and I had a mare that I intended to ride in those point-to-point bumpers and got the licence for that.

“I hadn’t really intended to go back over fences but by the time the licence came back my mare was no longer in training, but the opportunity came along to ride this horse in an open and I went for it.”

The Duffy siblings are synonymous with one horse in particular – Herb Superb – their family stalwart who won 13 races in the pointing fields between 1997 and 2001 with both partnering the King Persian chesnut to success.

“He was bred my father’s first cousin Sean Duffy. He had asked me to give him a hand breaking a couple of horses, I was only 15 at the time and Herb was five. I really liked him and Dad came over and bought him from Sean and the rest was history.

“He was a late starter because he was only broken at five and he ran for a while without finishing, so he was only seven when he won his maiden, but he won that by a distance under Warren Ewing. I don’t think that he was ever out of the placings after that – he was just brilliant.”

Four of Duffy’s five winners in the pointing fields came aboard Herb Superb in the 1998 season as they won consecutive opens at Wexford, Enniskillen, Oldcastle and Summerhill, a sequence of victories which saw her win the inaugural running the Bewleys Ladies Series in her first season of race-riding at the age of 18.

“We also won a hunter chase at Downpatrick which was brilliant and he was placed in another couple of hunter chases too. I was very lucky to get my hands on Herb Superb as I was only learning and very new to race riding but he was a great old servant for our family.

“I had my last ride at Maralin on Herb Superb in 2003 and I got crushed against a bale in that point-to-point with a circuit to go. I actually broke my ankle in the race, we still managed to finish, but I wasn’t able to be much help to him.

“That put me on the sidelines and he actually got ill a few months later and had to be put down – I was a bit heartbroken because he was my baby and I went away from racing and did a million other things before I came back.”

In the intervening 18 years, Duffy achieved much outside of the sport, initially studying for a degree in counselling and psychotherapy, before working with autistic adults in care, travelling to work in Australia and America, managing restaurants before settling with her husband in Kinsale where she rides out for Robert Tyner and Ruaidhri Tierney alongside building up her own breaking and pre-training operation.

“When I started off with my own horse, I would go over to the Tierneys all the time and they were all a great help to me. Finbarr had Ringrone Castle there and he said if I wanted to bring him in and get him ready, I could ride him in a point-to-point.

“I still wasn’t fully convinced, so I said I would get started and Peter might ride him if I didn’t, but when the time came I went through with it and it was great fun.

“I never used to like the lead up to the race, and I was a bit apprehensive, but I forgot that once you get on the horse and down to the start it is lovely and quiet, you don’t hear any of the speakers you are just in your own little zone and I was happy out.

“I really enjoyed it and he is a gentleman and a great little veteran to get this veteran going again.”

The comeback continues this weekend with Ringrone Castle an intended runner in the ladies’ open at Quakerstown tomorrow afternoon, a fixture that Duffy has also entered A Million Bucks, a five-year-old that she bought two years ago from his breeder John Gordon of The Speckled Door pub.

While ground conditions could dictate when she does get to saddle her first runner as a handler, her quest to get back into the winner’s enclosure as a rider does continue.

“My last winner was on a horse called Supergood for Iggy Madden first time out in a four-year-old maiden in Horse & Jockey in 2002. In the event that it takes me a while to win an open on Ringrone Castle, we could make it an even 20 years since my last win.