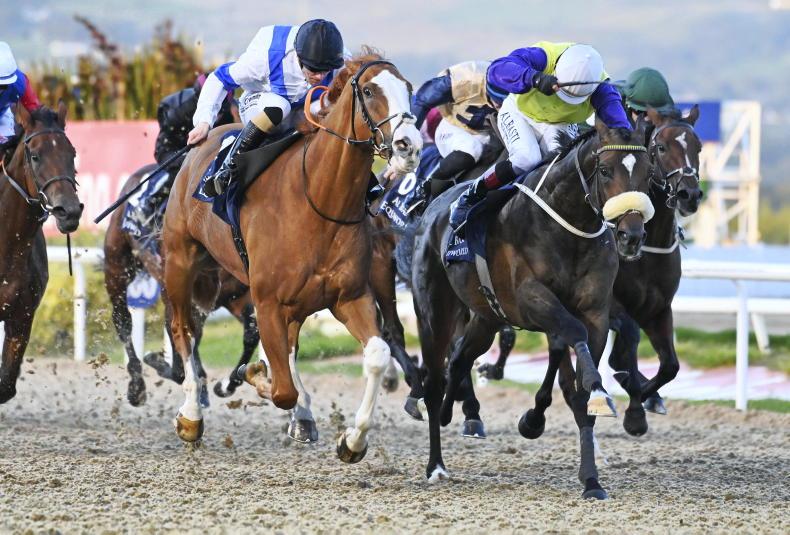 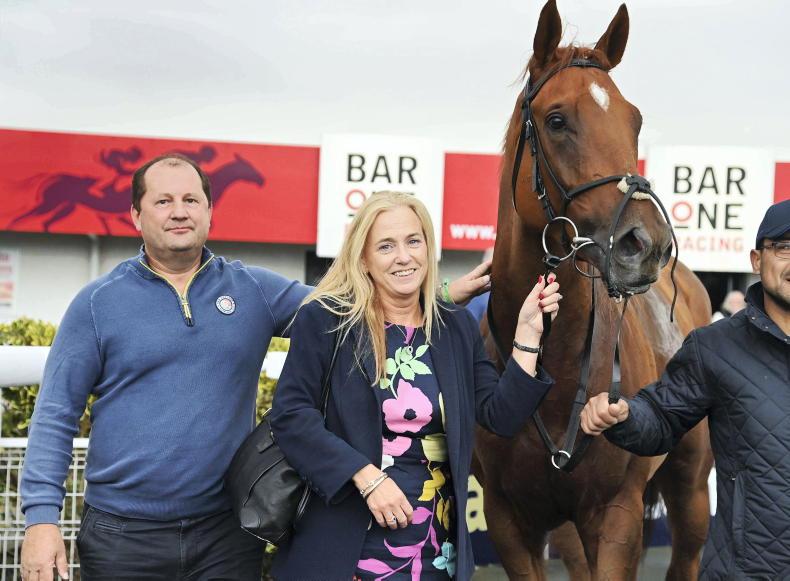 BEAR Story’s victory in the Listed Al Basti Equiworld, Dubai Diamond Stakes initiated a treble on the card for Ronan Whelan and a double for Mick Halford.

The son of Kodiac won this race last year by a neck when it held Group 3 status and he repeated the winning margin.

The 6/1 chance disputed the lead with 66/1 outsider Freescape entering the final furlong and a big shock looked on the cards, however, Whelan drove him home in the closing stages.

Mick Halford said: “It was a very strong renewal of the race. The weights were in his favour today and he loves that surface, he floats on it.

“I’m thrilled for his owner Johnny Connaughton, he bred him and he stayed with him.”

The unconsidered 33/1 chance came down the outer and finished with a rattle to get up in the final 50 yards. He won by three-parts of a length for owner JP Ledwidge.

Trainer Andy Oliver said: “We gelded him during the year. That helped but he ran into trouble at Galway and he came out of it sore on bottomless ground which didn’t suit him at all. We had to give him a break and he has come back with enthusiasm.”

Whelan brought up his treble on Michael Halford’s Chally Chute in the next race, the first division of the William Hill Extra Places Every Day Handicap and earned praise from the trainer.

The winner was named after a legendary Curragh character who trained in Maddenstown and was a regular contributor to the letters page of The Irish Field.

This 100/30 chance made progress in the straight and was ridden into third approaching the final furlong.

Whelan produced him to lead close home as the pair scored by half a length.

Halford said: “Julie (White, owner) works for the Aga Khan Studs and her husband, Dommo, works for Juddmonte, so they are at the heart and soul of this game.

“The name meant a lot to them because back in the day Julie’s dad rode a lot for Chally Chute and rode winners for him.

“Ronan is a world-class rider, Ronan just has to believe it. We saw it tonight. I’d put him on a par with any of them.”

Hogan doubles up with Dreams

DENIS Hogan was another trainer at the double. Tawaazon justified 7/4 favouritism in the William Hill Lengthen Your Odds Claiming Maiden.

Sean Bowen worked him to the front by the furlong pole and the pair kept on best from a persistent Instrumental who gave best by a length and a half.

Bowen, in the Premier Racing Club colours, said: “He ran a cracker, to be fair to him, in Listowel on Tuesday (in fourth).

“I’d say the blinkers just sharpened him up and he’s after improving from his runs. There wasn’t too much in it (race), to be fair, but he did the job.” A friendly claim was successful on the winner.

Rocky Dreams (16/5) made up plenty of ground at the business end of the William Hill Pick Your Places Apprentice Handicap over six furlongs.

He was fully eighth racing to the final furlong but made relentless headway to get up close home by half a length for the Varland Syndicate.

His jockey Daniel King said: “That’s what he likes coming between horses. I’ve won four times on him and it is great to have a horse like that when you are starting out.”

The 3/1 shot soon raced in mid-division for Shane Foley and was ridden into contention approaching the final two furlongs.

He got the measure of Troy Top at the furlong pole and kept on strongly to score by a comfortable length and a half from Eglish.

“He was very calm and relaxed, we had him up here on Tuesday and he had a look around,” trainer Ger O’Leary said.

“The draw was ideal, we were very pleased to get the outside draw. It gave us options without traffic problems.”

NOT Even Close won a barrier trial at this venue at the end of August and marked herself out as a horse to follow when winning the Irish Stallion Farms EBF (Fillies) Maiden on her racecourse debut.

This looked a hot contest on paper and Donnacha O’Brien’s charge was delivered by Gavin Ryan to challenge in the final furlong and a half.

She boxed on well when hitting the front at the furlong pole to see off Perseids and Starry Eyed by a pair of necks. She was backed from 13/2 to 4/1.

Ryan, sporting Justin Carthy’s silks, said: “She’s the type of filly, though, she has such a good attitude that even when she came here to a barrier trial, she had very little done at home.

“She did it very professionally that day as well. Nothing really seems to faze her.”

Tony Martin’s Draco Pulchrac won in Dundalk the previous week and repeated the feat in the second divide of the William Hill Extra Places Every Day Handicap for Newtown Anner Stud Farm Ltd.

The 7/4 favourite asserted in the closing stages of this mile-and-a-half trip to win by two lengths.

Jockey Ben Coen said: “I tracked Colin (Keane on Cursory Exam) the whole way round. I had a nice pitch and he brought me into it and to be fair, when I needed my one, she quickened up nicely.”