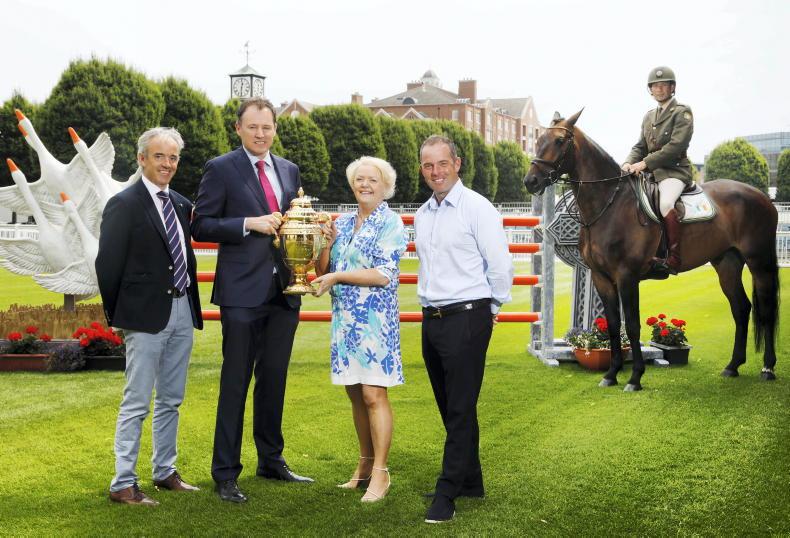 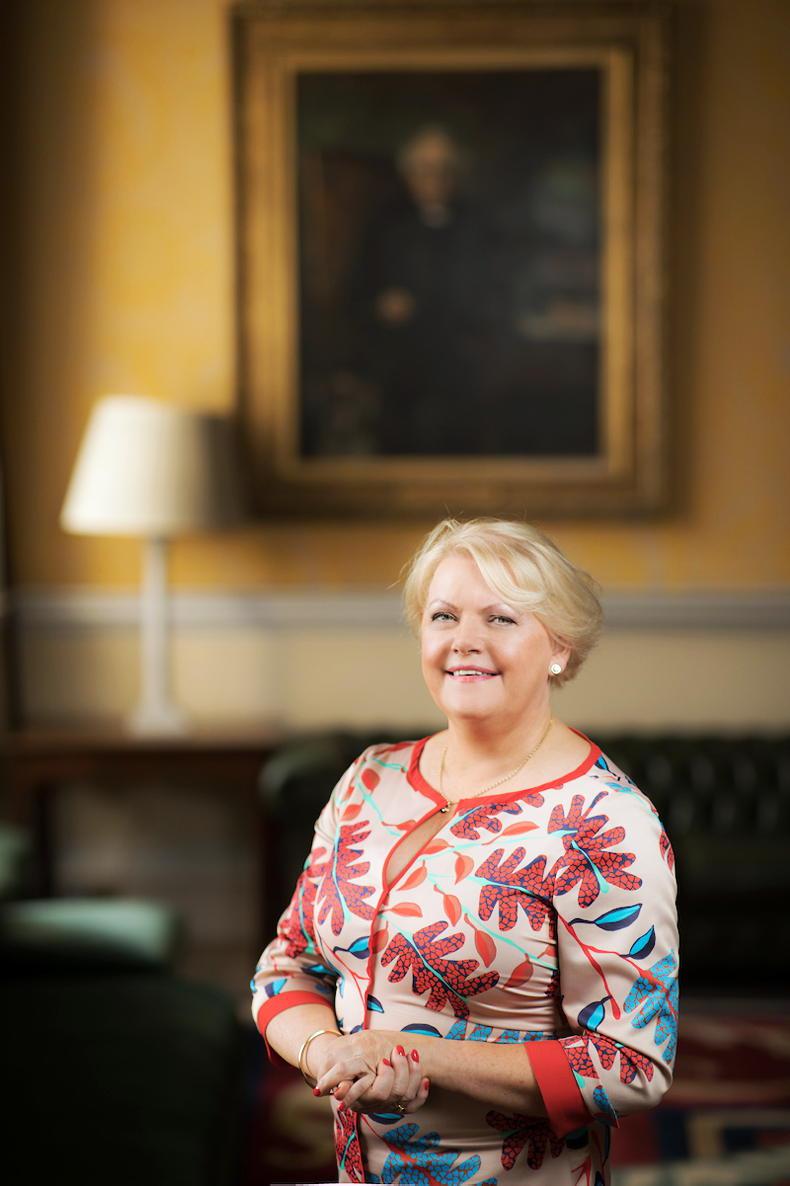 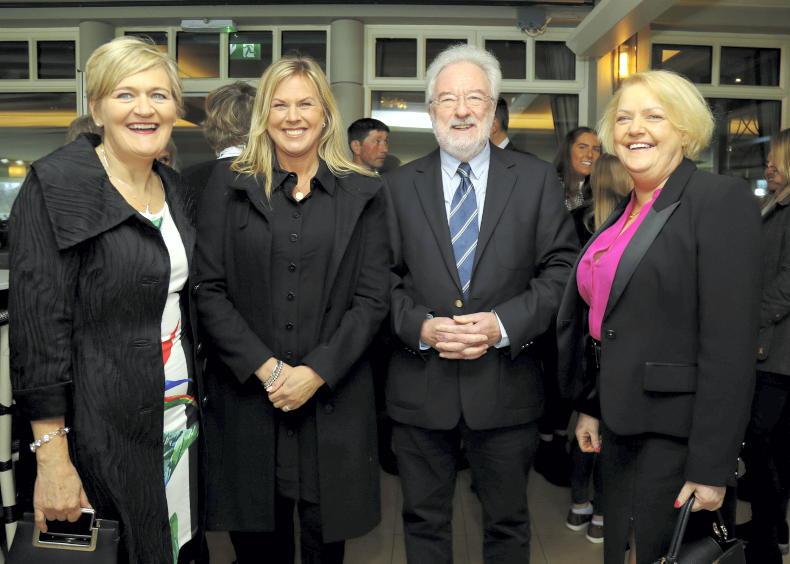 DESPITE being in their respective top roles for some years at the Royal Dublin Society, next week marks the first official Dublin Horse Show for both RDS President Prof. J. Owen Lewis and RDS Chief Executive Geraldine Ruane.

With the global pandemic leading to the cancellation of the 2020 and the 2021 five-star international show at Ballsbridge, both were denied the full Dublin experience as they settled into their roles and consequently, next week’s Show is likely to live long in their collective memories.

The non-stop spectacle that is Dublin Horse Show will make for an exhilarating - if exhausting - experience as Ballsbridge rings to the sound of some 1,500 horses and ponies on site, competing in 168 competitions for a share of €1 million in prize money in one of the planet’s most unique shows that costs a whooping €6.2 million to stage over the five days.

Both the RDS President and Chief Executive were on hand for the recent launch of Dublin Horse Show by Donegal’s Minister for Agriculture, Food and the Marine, Charlie McConalogue TD (FF), who took the opportunity to announce the inclusion of equines in TAMS, a move warmly welcomed by the Irish Sport Horse industry and thoroughbred sectors.

“It is wonderful to see the Dublin Horse Show return on the 17-21nd August after an absence of two years due to Covid 19 and I am looking forward to welcoming the country’s equestrian community, and sports fans from all over the world back to Ballsbridge next week. The RDS Dublin Horse Show is also a great social occasion and as a regular attender of it and the Galway races, I am looking forward like everybody else of catching up with old friends after the enforced break,” Geraldine Ruane told The Irish Field at the official show launch.

“Horsemanship, like all life skills, can decline if not practiced and tested. It is the intensity of competition at the Dublin Horse Show that sets the standard in horsemanship across the breadth of the Irish Sport Horse Industry, and it is the international aspect that ensures that standard is benchmarked at the highest level and it is how the reputation of the Dublin Horse Show has been forged.

“The length of time to breed and produce a horse or train a rider is long, with many links in the chain and the Dublin Horse Show supports those different stages in the horse and rider’s development through showcasing that process and its outcomes in over 168 classes and competitions.

“We are excited to see the return of international show jumping competition to the RDS in the knowledge that our sport horse breeding has made significant progress over the last 10 years with a notable increase in the numbers of Irish horses competing in the main arena. The Irish-bred restrictions in the RDS young horse classes and the focus in our catalogues on dam lines has played a significant role in this resurgence,” commented the RDS Chief Executive.

Ahead of Dublin, it’s all action at both Millstreet and Clifden for the 97th annual CPBS Connemara Pony Show that took pride of place this week, followed by this weekend’s three-day sales of over 600 lots of Connemara ponies.

“Growing up in the West of Ireland, our indigenous breeds - the Irish Draught and the Connemara Pony - are special to me and is great to see they have come through the pandemic in rude health with strong numbers at the qualifiers and big entries in the breeding classes for the Dublin Horse Show.

“While there a number of new initiatives for the 2022 Dublin Horse Show, I thought it was important to capture the significant growth in interest in horse riding and desire of people to relax with animals that emerged during the Covid-19 pandemic. At next week’s Show, the RDS, through its “Positive Strides” programme, will showcase organisations that work with horses as therapy animals and highlight the brilliant work carried out by them daily with the horse at their core.

“Winston Churchill’s quote of ‘there is something about the outside of a horse that is good for the inside of a man (or woman)’ remains true in a rapidly changing world,” pointed out Ruane. The RDS is Ireland’s oldest and largest philantrophic society and as with so many registered charities, the pandemic has played a role in reshaping and re-focussing on their core mission.

“I joined the RDS in 2021, at a difficult time when the Society was closed for events. We have used that time to develop a new Strategy for the RDS with the Charity Foundation at its core. We are busy finalising the business model to redevelop the Main Arena Anglesea Stand which will be a great addition for not only the RDS, but to Dublin and the country as a whole,” concluded the RDS Chief Executive. 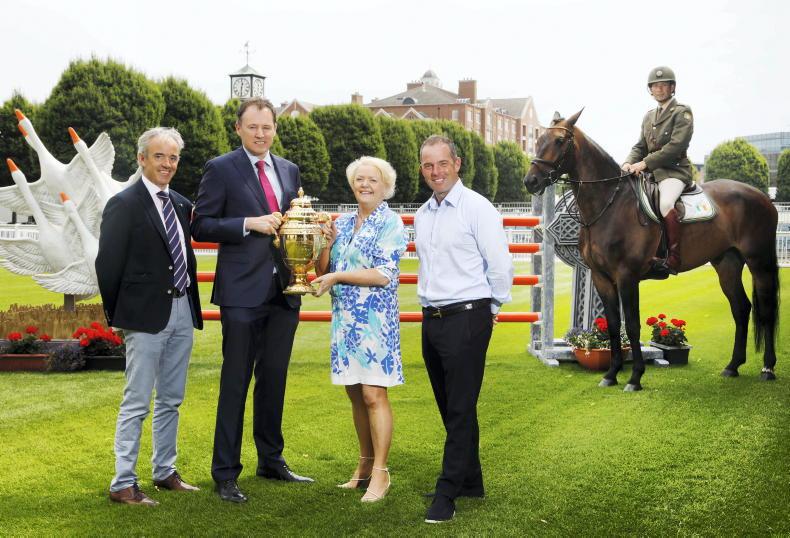 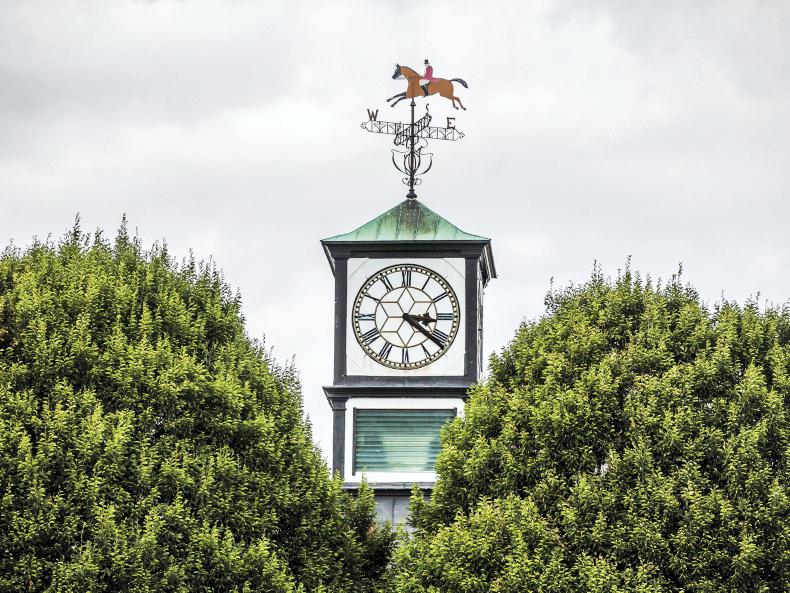 NEWS: €167,000 prize fund for RDS National Championships
All classes of the show will be held in the RDS main arena, while Alan Wade is confirmed at show jumping course designer