This five-year-old mare looked beaten in fourth after the last but she surged up the hill to lead close home. The 6/4 favourite scored by three-quarters of a length for Pioneer Racing. 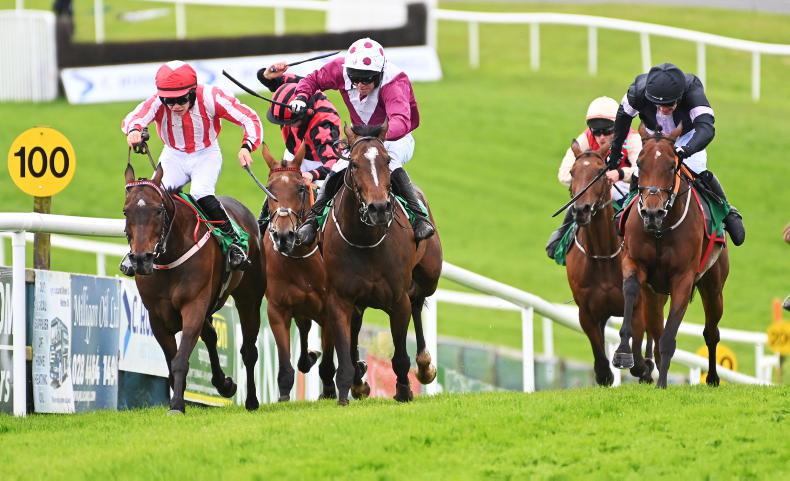 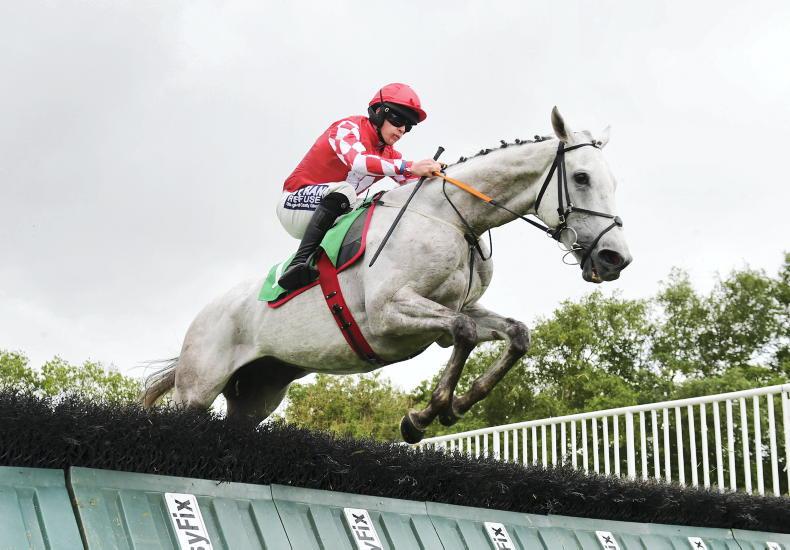 COREY McGivern rode the first double of his career at Downpatrick on Sunday as part of a treble for Gordon Elliott.

The jockey conjured up a rattling finish from Elliott’s Hurricane Georgie in the Irish Stallion Farms EBF Mares’ Handicap Hurdle. This five-year-old mare looked beaten in fourth after the last but surged up the hill to lead close home. The 6/4 favourite scored by three-quarters of a length for Pioneer Racing.

“She’s very tough and her jumping keeps her in it.”

Lieutenant Highway then took the Randox Rated Novice Hurdle by half a length under McGivern. The easy-to-back 100/30 shot led before the third flight and, despite making a mistake at the last, had enough in the tank to repel a staying-on 11/4 joint favourite, Minella Youngy.

Elliott’s representative Lisa O’Neill said: “Corey gave him a lovely ride. He was a little bit gassy going down the hill, he went to the front with him and he settled nicely in front. He seems to be learning more with every race. It is lovely for his owner Michael Hanrahan, he’s had a nice few winners in recent times.”

Elliott’s Roaring Potter came from well off the pace to take the honours in the opening Early Fathers Day Opportunity Maiden Hurdle. The 100/1 outsider Glendars Mahler was still blazing away nicely clear at the second last but took a crashing fall.

This left She Is A Contender in the lead, but she was reeled in before the last by 2/5 favourite Roaring Potter. The new leader powered away by 10 lengths with Shane Fitzgerald in the plate.

O’Neill said: “Shane was going to jump off good and positive with him. He felt like there was a big injection of pace so he was happy to sit off that.

“I actually thought that he would get the win on the board before now, but it is lovely that he was able to come here and justify the ability we thought he had.

HENRY de Bromhead’s Downtown Queen made virtually all for Conor McNamara to take the AJC Group Maiden Hurdle over an extended two and a quarter miles. The 4/1 chance saw off 5/4 favourite Rodney Bay by a length and a quarter.

McNamara, in the John Battersby Racing Syndicate colours, said: “Paddy O’Hanlon’s horse (Rodney Bay) kind of challenged me for the lead over the first and I just let her rock on rather than fighting her. She relaxed in front and I got plenty of breathers into her. She jumped like a stag. She stayed going to the line well and she’ll stay further hopefully.”

Tom McCourt’s Dollar Value (6/4 favourite) routed the opposition by 25 lengths in the Tote Jackpot Opportunity Handicap Hurdle. Mark McDonagh sent him on after the fourth-last hurdle and the pair kept up the gallop for an easy success.

McCourt said of Peter Jordan’s seven-year-old gelding: “He loves it around here, that’s his third win here - two hurdles and a chase. I thought if he jumped off, he won, he’s just quirky at the start. Even the last day in Kilbeggan, he was half thinking about it. He raced way off the pace but he finished very well. He’s a right old horse and that is nine races he has won.”

McCluskey’s front-runner gets it at last

I DON’T Get It (4/1) made the breakthrough at the 42nd time of asking in the Dunlop Homes Handicap Hurdle for owner/trainer Neill McCluskey. The confirmed front-runner wasn’t for catching after the last and hit the line five and a half lengths to the good.

Jockey Gearoid Brouder said: “When there is something in front of him, he kind of sulks a bit. When the other horse came to him, I gave him a slap and he quickened away. Then my iron burst, my boot burst in the iron, after jumping the third last and I was lucky enough not to come off the side of him. I knew at the top of the hill this horse wouldn’t get caught.

Willie Mullins’ Walk In The Brise got off the mark in the mares’ bumper after three runner-up finishes in a row. The grey daughter of Walk In The Park was always prominent and made the best way home in the final half mile.

She won by a length and three quarters to justify 4/9 favouritism.

Patrick Mullins, in the DJ Burke & TD Syder silks, said: “She loved that good ground and the tight track, and travelled very well. She idled in front. She’ll go jumping now and I imagine with her pedigree, she can probably go out in trip as well.

“She’s from the family of Vroom Vroom Mag. She’s not overly big but she’s very athletic and I think on this ground she probably finishes stronger.”