The leader kept on well to score by one and three-quarters lengths at 9/1 from 6/4 favourite Cougar who got up for second. 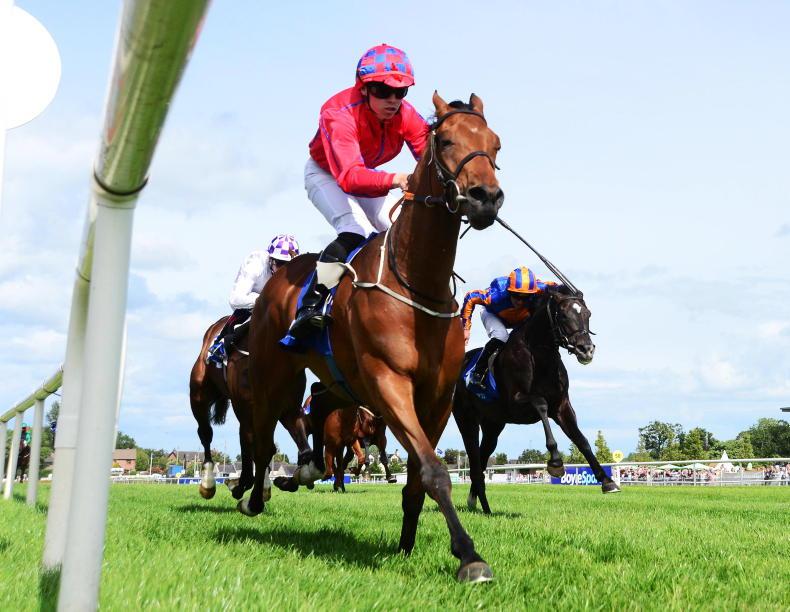 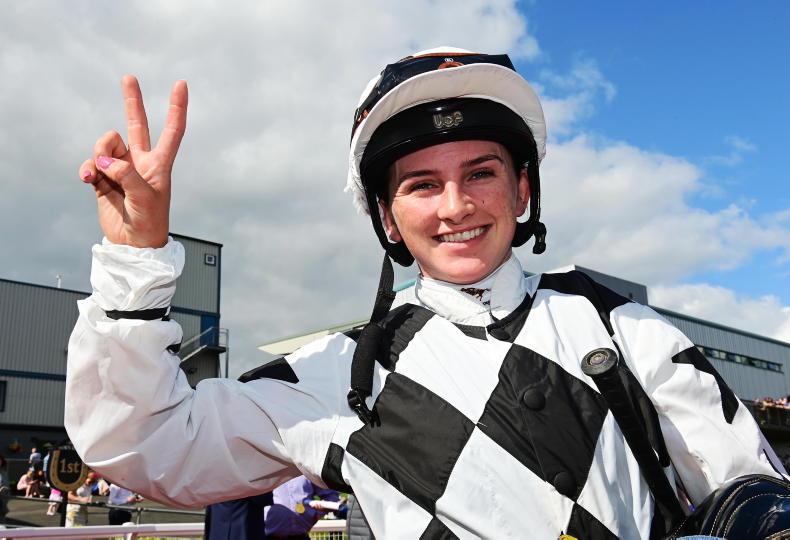 THE progressive Urban Oasis brought up his fourth victory of the season for owner Reginald Roberts in the €100,000 BoyleSports Ulster Derby at Down Royal.

The Fast Company gelding was held up by Jamie Powell in this extended mile-and-a-half test and the pair made their move a quarter of a mile out.

Urban Oasis was delivered between horses to lead at the furlong pole but edged right in the final 150 yards causing Manu Et Corde to check. The leader kept on well to score by one and three-quarters lengths, at 9/1, from 6/4 favourite Cougar who got up for second.

After a stewards’ enquiry, the placings remained. Powell was handed a five-day ban for being in breach of Rule 214 (riding carelessly).

Trainer Johnny Feane said: “He was a little bit unlucky the last day (runner-up in Gowran Park) when nothing went right, so I just said to Jamie to take a chance today and go down the fence and see how it would work out. First go at a mile and five basically, and he did it well.

“He’s only small and he’s running in better races with a lighter weight. There’s a three-year-old handicap in York over a mile and six at the Ebor meeting that we are looking at.”

The Dubawi mare was stuck behind a wall of horses over two furlongs out but was switched out and burst through a gap at the furlong pole. She ran on well to collar front-running Corky in the closing stages to win by half a length for Haigney Bloodstock Ltd.

Trainer Tom Gibney said: “I had the race written off with about two furlongs to go. She didn’t jump well and they went slow. We had been riding her handy away which seemed to suit. She’s just a good mare and she got the gap and she was able to take it.

“We left Sligo that day saying that’s a listed horse (Rosscarbery) that beat us, and she has gone on to be a group horse. She has improved a tonne as we can all see, and you are just praying that your horse has improved a bit with her. To be fair to her, she has.

“There is actually a race in Galway for her, one of the handicaps down there. We only have until either the first or second week in August (in foal).”

Rutledge doubled up on Cathal McGuckin’s Wild Shot who won for the 10th time in his career in the Value Cabs Handicap. The 11/4 favourite was produced to lead in the final 150 yards and forged on to win by half a length.

Trainer John McConnell said: “On a lot of his hurdles runs, he was entitled to go very close here.

“He’s a really, really impossible horse to predict and train because you have to train him 70% of what I train the other horses.

“He’ll mix it and end up in Galway I’d say either on the flat or over hurdles. I’d say he will go to the UK as he is a novice, so I might pick up a novice over there at some point.”

He was McConnell’s second winner on the card as he also saddled The Positivity Syndicate’s Fennor Cross to win the Mount Charles Handicap by a healthy four and a half lengths.

The 3/1 favourite asserted for Donagh O’Connor approaching the final furlong for a clear-cut verdict.

McConnell said: “He’s big and he is probably only filling out into himself now. That’s probably where the improvement has come and we’ve stepped him up in trip again. He’ll stay further.

“I’d say he will go to Galway now. We will probably go up to a mile and a half there, he doesn’t owe us anything.”

JOSEPH O’Brien and Shane Crosse also combined for a double. Qatar Racing Limited’s Spartan Army (6/4 favourite) galloped away from his rivals in the final furlong of the Irish Stallion Farms EBF Median Auction Maiden to hit the line three and half lengths clear.

Assistant trainer Brendan Powell said: “He’s a big horse and he (Crosse) said this track probably wasn’t ideal for him and that everything was happening a bit quick for him early on.

“He does want to go a mile and a half but it was a nice race (over an extended 10 furlongs). He is progressing all the time. He said the best feeling he gave him was in the last furlong and a half.”

Onameridance (11/4 favourite) and Crosse routed the field in the Barclay Communications Handicap. She had her rivals toiling in the final furlong as she moved further and further clear to oblige by eight and a half lengths.

Powell said: “I thought she was unlucky not to win at Killarney the last day and she stayed on well at the end (for fifth). She hung badly left-handed that day, but he has changed the bit on her today.

“Shane said she cantered away and settled well. He said when he went to pick up, she didn’t pick up quickly but stayed all the way to the line.

“She’s a filly and they (Newtown Anner Stud Farm Ltd) are breeders so maybe get blacktype placed along the way, worth trying. There’s no better man to try it than Joseph.”

Jim Bolger’s Dancila put the cap on the two-day festival with victory in the Watch Racing TV With Free Trial Now Maiden. The 13/8 chance made virtually all for Kevin Manning in Jackie Bolger’s colours. The Teofilo gelding wasn’t for passing and came in by four and a half lengths.

Una Manning said: “He was strong at the finish. He’s going the right way and we are delighted with him.”