Joseph O'Brien's charge will have an entry in the King George and the Savills Chase over Christmas. 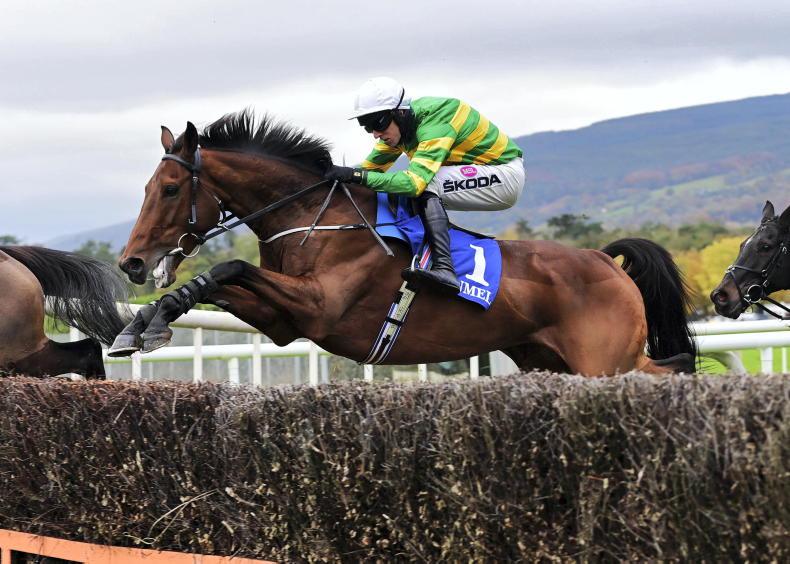 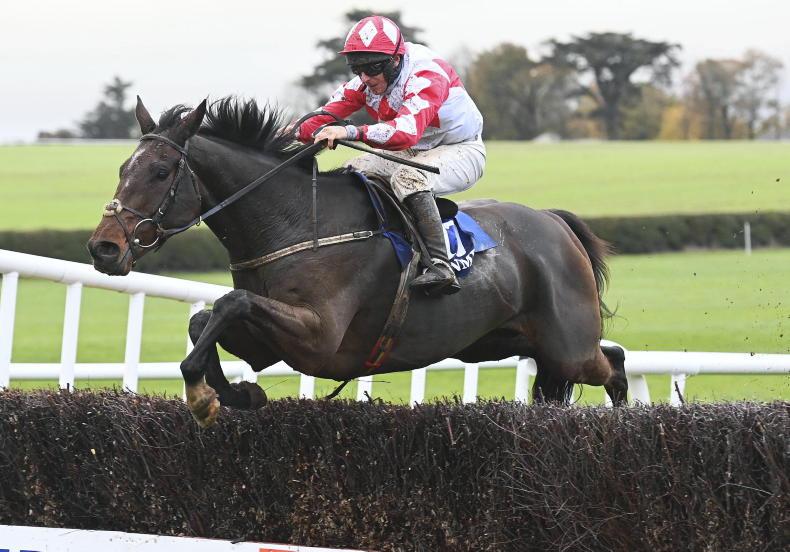 FAKIR D’Oudairies added his name to an illustrious list of Clonmel Oil Chase winners at that racecourse on Thursday, where the J.P. McManus-owned, Joseph O’Brien-trained gelding scored impressively under jockey Mark Walsh.

Galway Plate winner Royal Rendezvous was his main challenger entering the home straight but once jockey Mark Walsh sent Fakir D’Oudairies (5/4 favourite) to the front at the second last, he stayed on strongly to beat that rival by 15 lengths.

Following the race Frank Berry, McManus’ racing manager, reported: “that was a good performance, he loves that ground and you couldn’t ask for better because the other horses were fit from the summer. He handles those conditions which is a bonus.

“He was fit today but hopefully he will improve. This or the John Durkan Chase were the only races he could go for and rather than going for the Durkan.

“He’ll have an entry in the King George and the Savills Chase over Christmas. You could only be pleased with him and we’re delighted.”

Winner of the Kim Muir Chase in March, the daughter of Yeats raced with the pace throughout in the two-mile, four-furlong contest and while Scarlet And Dove gave chase entering the home straight, Mount Ida had plenty in reserve and won by four and a quarter lengths.

Lisa O’Neill, Elliott’s assistant, reported: “She did it really well and Davy is delighted with her. It is obviously her first appearance this season but you couldn’t be happier and the main aim is the Grand National.

“She got a bit of a fright in the Kim Muir early-on but showed the talent that she had with the way she won so decisively in the end.

“It was a nice performance today and great for the KTDA Syndicate who are fantastic people to have in the yard and have some great ammunition for the winter.”

AN old-fashioned gamble was landed in the Prior Park Service Station Handicap Chase with the Donie Hassett-trained Sunnyvilla, which got in as first reserve and was returned a strong 3/1 favourite, having opened a 25/1 chance this morning.

The six-year-old son of Mustameet was held up in rear-division by jockey Philip Enright and made steady progress in the race to lead, travelling strongly, at the second last. Sunnyvilla went clear approaching the last and scored readily by five lengths from Presenting Point.

Hassett commented: “He did it well and we were expecting a good run. He disappointed us in the spring when all my horses were sick but he came back in a different horse.

“We got the hay tested and had aspergillus. We took him to the Junction (Tipperary racecourse) there last week and he won a (schooling) maiden hurdle and we were very impressed. Yer man that rode him said, with his rating, he’d take beating wherever he’ll go.

“He disappointed us in his point-to-points but they can do that the odd time – today was the day anyway!”

The son of Pour Moi edged past Dedanann on the run-in but was made work to the line by that rival, eventually scoring by a head.

Maxwell reported: “It is very hard work out there and it is after opening up. John Ryan’s horses are hard-fit so I thought he’d stay going well, so I followed him on.

“It is hard to make up ground but it worked out well and the light weight helped him.”

Ridden by Jack Foley, the Mahler-sired gelding scored readily by five and a half lengths from Free Nelson, with a large contingent of winning connections later in good voice in the winners’ enclosure.

Trainer O’Brien later said: “A few lads suggested forming a syndicate during lockdown and while I hadn’t much enthusiasm due to all the administration, it opened up ownership to a lot of lads who I didn’t think would have any interest.

“There are 30 in the syndicate and 50 or 60 people here who wouldn’t normally be here on a Thursday. We’ve started another club on the back of this one and there seems to be good demand for it.”

“Mahlers Dollar has had wind issues all along but we thought he had a bit of ability. We’ll find a handicap or a novice next and the final of the series is a definite possibility.”

Hardy Harald looks to have a big future

The son of Jeremy scored by 11 lengths from race-fit Bold Getaway. Taaffe stated: “His work at home has been good and we didn’t know if he’d handle the ground today but he galloped through it well. He was fifth in his point-to-point but Belfast Banter in the race. He is a nice horse going forward. Emma (Connolly) had him well turned out today. I can see him going over a trip and jumping a hurdle and he’ll win chases.”

There was an unfortunate conclusion to the I.N.H. Stallion Owners EBF Maiden Hurdle, as Upping The Anti won for Henry De Bromhead in a race where the trainer’s More Than A Memory suffered a fatal fall at the second last flight. Upping The Anti (9/2) made all, under Rachael Blackmore, and was left clear by that rival’s fall.