Holly Maher was the outright winner of the Puissance, standing at 1.55m, at Clifden Show 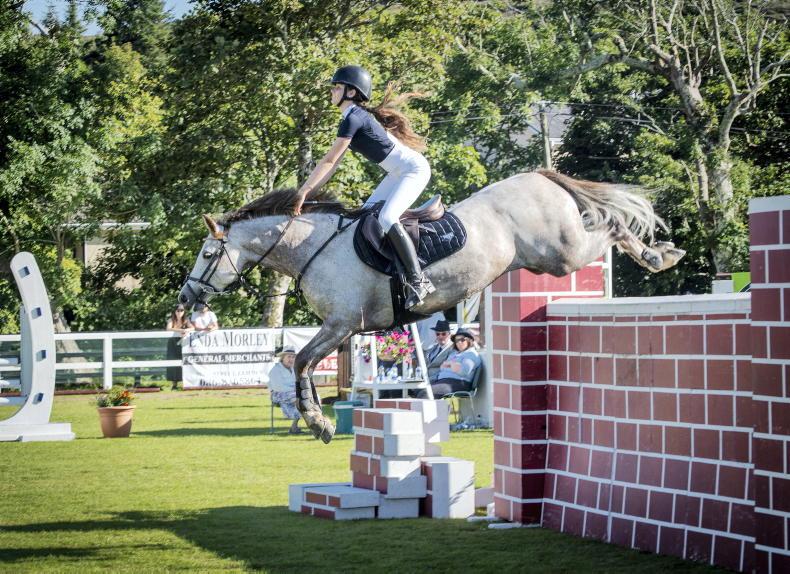 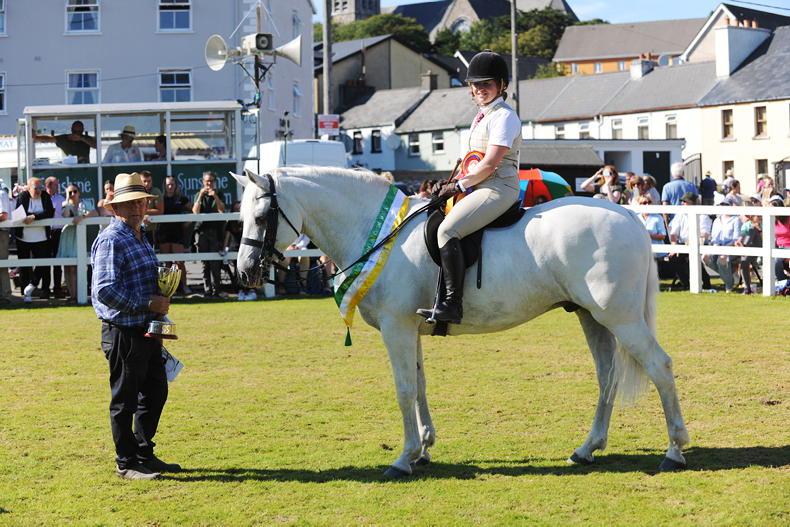 THIRTEEN-year-old Holly Maher from Loughrea, Co Galway was “ecstatic” to be the outright winner of the Enda Morley-sponsored Puissance at last Friday’s Connemara Pony Show in Clifden with Boulabeha’s Little Princess.

Four combinations made it through to the final round with the wall standing at 1.55m. Maher was first to take it on with the 11-year-old mare by Prince of Thieves, who she got just before last Christmas, and she cleared the wall with room to spare.

When the other three combinations faulted, they were declared the outright winners and claimed the €1,000 prize money.

Holly’s mother Alma Maher told The Irish Field about the special partnership. “She is an unbelievable pony. We got her just before Christmas last year and she won the 1.10m Derby in Cavan shortly after. Holly does a lot of SJI classes and she is trained by Pascal Crawford who is just amazing and has trained her for so many years, they know each other so well.

“Holly was ecstatic, she was over the moon when she won because going into something like the Puissance, you don’t know what way it’s going to end. They did the qualifiers for Dublin and jumped big courses of 1.30m so I wasn’t nervous. She is a very brave girl, riding is in her heart, it’s in her blood,” Alma said.

Holly keeps and produces ponies for others too, and her mother reports there have been even more calls since Clifden, but school has to come first as she goes into second year in September. Does a career with horses beckon? “She has decided she wants to hopefully be a teacher so she can ride in the evening time and train other kids, so the career is picked to suit the lifestyle!”

The prolific 25-year-old gelding Blackwood Fernando won his fourth High Performance title under Alicia Devlin-Byrne on Friday afternoon at the Clifden show field. He last won the class, which offers a €1,200 prize fund to the winner, in 2017.

The Ferdia gelding was earlier crowned the working hunter champion by judge Sandra Bucknell following his first win in the over 16 class.

Also contesting that championship was the winner of the four to six-year-old potential working hunter pony, Caoimhe Doherty with her own Rathcoona Robin, while Jenny Lindsay rode Jackie Hickley’s Fanad Romeo to win the class for 138cm and under. Doireann Clancy scored her first Clifden victory in the under 16 class with Coshla Sparrow. Winner of the stallion working hunter was Sophie Countes von Maltzan on her own Bettyspark Shadow.