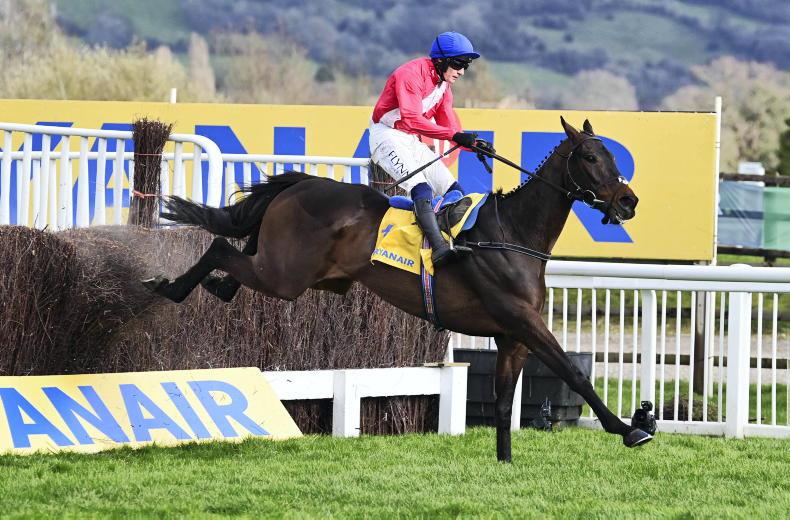 Allaho ran his rivals into the ground to become only the second horse to claim successive victories in the Ryanair Chase at Cheltenham on Thursday.

A 12-length winner 12 months ago, the Cheveley Park Stud-owned gelding was even more impressive as he emulated Albertas Run, the only previous dual winner in 2010 and 2011.

The eight-year-old, trained by Willie Mullins, made most of the running last year but led all the way this time as he showed his superiority with an imperious performance.

???? Relentless & remorseless from Allaho who retains his Ryanair Chase crown

Allaho (4-7 favourite) had Eldorado Allen for company in the early stages with Shan Blue close up until Paul Townend began to turn the screw from four out. The pack tried to close but when it looked like the race would be on, Allaho kicked clear.

Conflated fell at the second-last fence when holding place chances, leaving Janidil to give Mullins a one-two but he was 14 lengths behind the easy winner, whose only mistake came at the final fence. Eldorado Allen was three-quarters of a length away in third.

Mullins and Townend had been luckless in the opening event of the day when Galopin Des Champs fell at the last with the race at his mercy, but the rider was delighted to get on the scoreboard in this event.

He said: “Earlier is gone now. I’m OK and the horse is OK, we’ve a good horse and I was lucky in those colours a couple of years ago in the Triumph and I suppose it doesn’t make it any easier but what goes around comes around.

“It would make you wonder why I didn’t pick him (Allaho) last year wouldn’t it? He’s an animal to gallop and jump. He’s just really good. I got into a lovely rhythm on him again, it was straightforward.

“We took our time in learning about him but I think we’ve got there now. That’s what he likes doing, he’s built for it, look at the size of him. I’m delighted.”