Just one final step...
You must confirm your email address by clicking on the link we’ve sent to your email address.
You are only one short step away from reading 5 free Field+ articles.
CHELTENHAM: Dodging Bullets confirms form in Queen Mother Champion Chase

THE Betway Queen Mother Champion Chase was billed in some quarters as a duel between past winners Sprinter Sacre and Sire De Grugy but neither proved a match for the improving Dodging Bullets.

"I know the other two were past champions but I couldn't see why they were behind us in the betting, it must have been on sentiment," said Nicholls. "Dodging Bullets was the progressive young horse and it's them that usually come out on top, he should have been favourite on form. He confirmed the Tingle Creek form with Somersby.

"He would have liked the ground a bit slower and I thought Sam (Twiston-Davies) gave him a fantastic ride. Sam is so much more confident this season, he's been awesome this year.

"The horse won't run again this season and I expect we'll be dreaming all summer. The whole aim will be to come here again in a year's time. We might take in the Tingle Creek along the way.

"The horse has always had breathing issues and we've run him three times with a tongue tie and three times he has won. Two years ago he ran a shocking race in the Supreme and we didn't know why. Today's win is so good for the whole team because we have had a few little issues with the horse. It takes forever to learn how to train these horses and we have got him right now. Harry Derham rides him every single day, knows him better than anybody and he will be made up.

"I never thought he was a Master Minded or an Azertyuiop but he's winning the same races as they did now. It's great for the whole team and great to win the Champion Chase again - I really love this race. Dodging Bullets is such a special horse to all the team that own him and I think it's the first proper championship race winner that Tom Malone bought."

Dodging Bullets was bred by Frankie Dettori and made just 8,000gns as a yearling when originally sold to race on the Flat with Andy Oliver in Ireland. He was subsequently bought privately by Tom Malone to join Nicholls.

Dettori was on hand to watch the race and said: "Sam gave him a fantastic ride - he jumped like a stag and was gutsy all the way to the line. He was bred to win the Derby but this is second best. It's the equivalent of the 100m final at the Olympics and what a horse. You have to give credit to Dodging Bullets, he did all the work.

"He didn't make very much as a yearling as his legs were pointing in the wrong direction although they got better with time. I watched it with the owners and my legs were shaking a little bit walking down the steps, I was so excited. It's completely different and unusual to have those feelings when I don't have anything to do with it. I'm so pleased for Martin (Broughton, owner) and Paul.

"Sam was tactically very astute and gave the horse a great ride. I didn't cheer too early but I did a bit once he'd pinged the second last. Riding is all about confidence and for a young man you've got to say that Sam is top-class.''

Dettori was wearing a blue three-piece suit and trilby and added: "I've been watching Mr (Rich) Ricci on television and thought I'd give him a run for his money! Barry Hills gave me the trilby and told me that if I didn't wear it he wanted it back."

Riding the 9/2 chance Dodging Bullets for a syndicate called Martin Broughton and Friends, Twiston-Davies drove the winner to victory by a length and a quarter from Somersby (33/1), with front-running Special Tiara (18/1) a length and three-quarters back in third. Last year's winner, Sire De Grugy (5/2) was fourth, while former champion Sprinter Sacre (9/4 favourite) was pulled up.

The winning jockey said: "It feels unbelievable, but I have to say it's a great effort by Harry Derham (Nicholls' nephew) who rides him every day and has done all the hard work. Frankie came to the yard and Harry wouldn't let him near the horse!

"If Harry ever takes out a trainers' licence I'd be happy to ride for him. All credit to the team at Ditcheat and to the horse. The plan was to sit third or fourth, let him travel down the hill and kick from there to the line, hoping Sprinter Sacre might not find much and make it hard work for Sire De Grugy to get to us - the plan worked great.

"This fellow jumps, stays and gallops which is the perfect combination for this race. I've always said my dad (Nigel) is the best trainer I've ridden for but Paul Nicholls is some man - I don't know how he does it. After Dodging Bullets' run in the Arkle last year if I'd said he was going to win three Grade 1 races this season you would have called me a moon man. It's a great training performance.

"Hopefully this means I keep hold of the job for years to come. Big winners make up for the days when things don't go so well - we didn't have a great day yesterday, but Paul said 'I'll leave it to you so get on with it'. It eases the pressure and hopefully I'll ride better and better as the week goes on."

Winning co-owner Martin Broughton said: "It's fantastic - would you believe it? The anticipation is almost too much, and when you get to the race itself you just want the horse to come back safely. Sam rode that exactly the way he said he was going to.

"In business you don't have instant moments - things go right or wrong over a long period of time. I'm ecstatic, and I was very happy being under the radar in advance as everyone was talking about Sprinter versus Sire."

The 11-year-old has now been placed at four Festivals (including behind Sire De Grugy in this race last year) and was yet again just denied as the Paul Nicholls-trained gelding stormed up the hill to land his third Grade 1 success.

"Brian's given him a great ride and he's jumped well today as well," said trainer Mick Channon. "He's probably run pound for pound against the winner of the Tingle Creek but unfortunately he doesn't give himself much of a chance to win does he? There's sadly always something to beat him. Sire De Grugy (4th this year) beat him last year and he's been beaten by some good horses in his time - maybe he's been born in the wrong generation! The public love him - he got a great reception when he came in. Henrietta (Knight - Somersby's former trainer) has looked after him for years, I've just got the easy bit now. I'm just pleased he's had a great season but he's not won a race."

Hughes said: "For a second going to the last, I maybe thought that I had a small chance. I got to Sam's quarters 50 yards after the last and his horse picked up again, with his younger legs. He jumped great all the way. He has his own technique when he gets in a bit deep and he got a bit deep at the second last and the last with a circuit to go. He probably got into three out a little bit and the boys were kicking on in front of me. I was just hanging on, trying to nick as much money as I could, but I thought I had half a chance going to the last. He is a big scopey horse and probably knows more about jumping than I do. I would have taken second this morning, I suppose, and it looked a better race than last year. He ran well and I am happy with him."

Knight, who is assistant to Channon for the trainer's jumpers, said: "Mick is not doing too badly for a beginner! I am very proud of the horse - he is fantastic. It just shows how tough he is because he has kept going so long and he is 11 years old now."

The owner's husband Tim Radford said: "It was his seventh Festival - everybody had written him off and he was 33/1. Second in the Tingle Creek two years running and second in this wonderful race two years running. He will be back here next year for his eighth time all being well."

Trainer Henry De Bromhead was also delighted with the run of Special Tiara, who finished a further length and three quarters back in third.

"Noel (Fehily - jockey) gave him a super ride," said the trainer. "He said he got a chance to fill him turning in and thought when he got to the second last that he had a chance of winning but his run has just petered out. He's run brilliantly though. He's only eight so hopefully we'll be back for a few more years yet.

De Bromhead also had news of Sizing Europe, who finished 7th. "Sizing Europe is fine, I saw him when he came in but it just wasn't happening today. It's probably just his old legs catching up with him."

Trainer Nicky Henderson had news of Sprinter Sacre who was pulled up at the end of this year's race. "I would be very surprised if Sprinter Sacre's heart was wrong since that has never been an issue since the day it happened at Kempton.

"Things have been going so well with him since Christmas and we have been very happy with him. Last year we knew he wasn't himself and at the beginning of this season it wasn't happening but it gradually came together.

"He has been a great horse and if it is wrong to go on I am sure we won't do that. But if we can find a switch to get rid of whatever is wrong with him today, then who knows. There are still technically years in him."

"I do think it is quicker than last year. That was seen by the fact that the horses at the front end have been able to keep going on that bit longer because the ground was that bit quicker. He'll run again this season. He'll be alright.'' 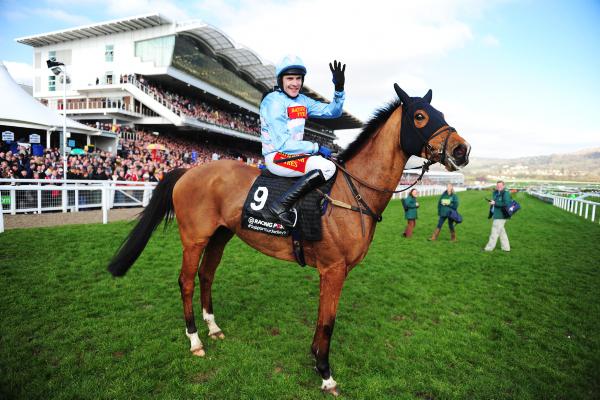 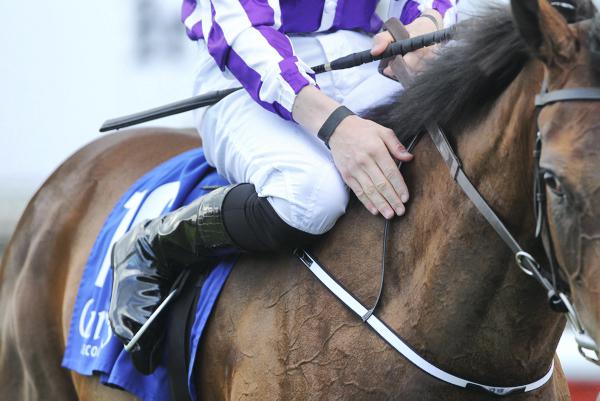 Racing News
Bullets dodgy for the Arkle?
By Nick Mordin on 31 December 2013
Field + 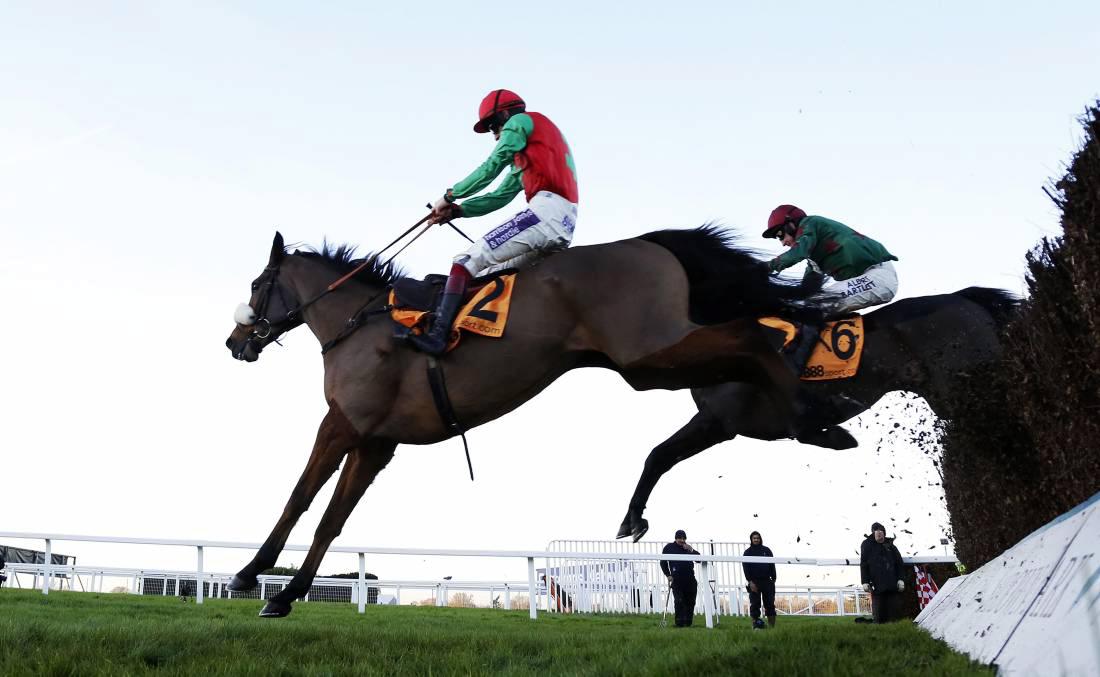 Racing News
Two-mile division is up the Creek
By Rory Delargy on 09 December 2014
More in Cheltenham
Racing Field +
CHELTENHAM: Magical crescendo to a golden day
Racing FREE
CHELTENHAM: A sensational Gold Cup for Coneygree
Racing FREE
Crowds pay tribute to AP on last Cheltenham ride
Classifieds
Place ad
Get full unlimited access to our content and archive.
Subscribe to The Irish Field
Unlimited access to The Irish Field via your computer, mobile device, tablet or newspaper delivered to your door.
Subscribe now +
Already a subscriber? Sign in