Title: CHELTENHAM 2022: Gordon has a Super Heinz, and he’s not talking about ketchup! 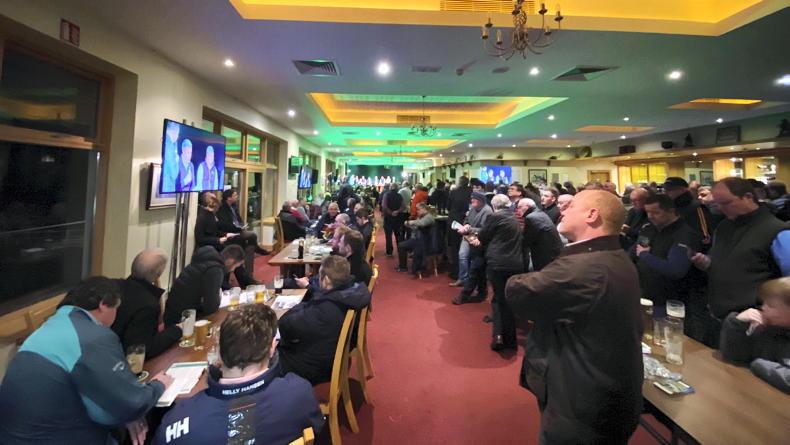 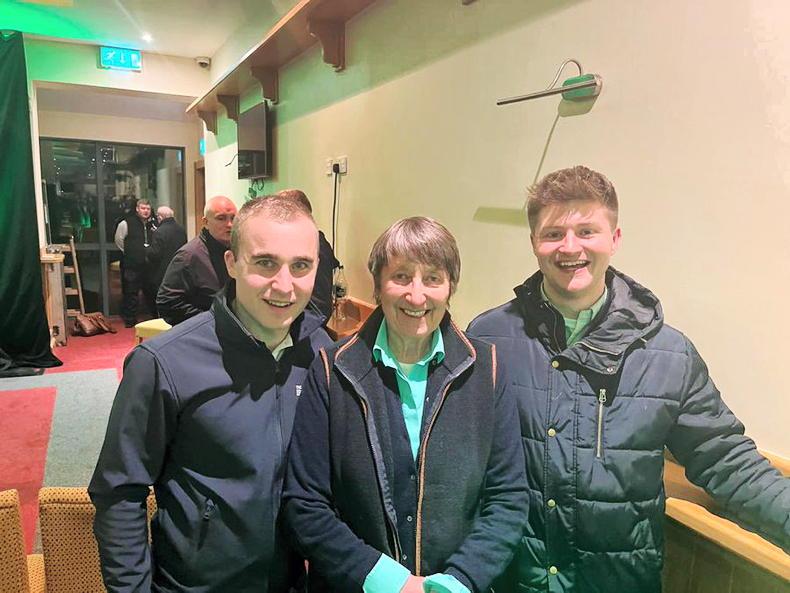 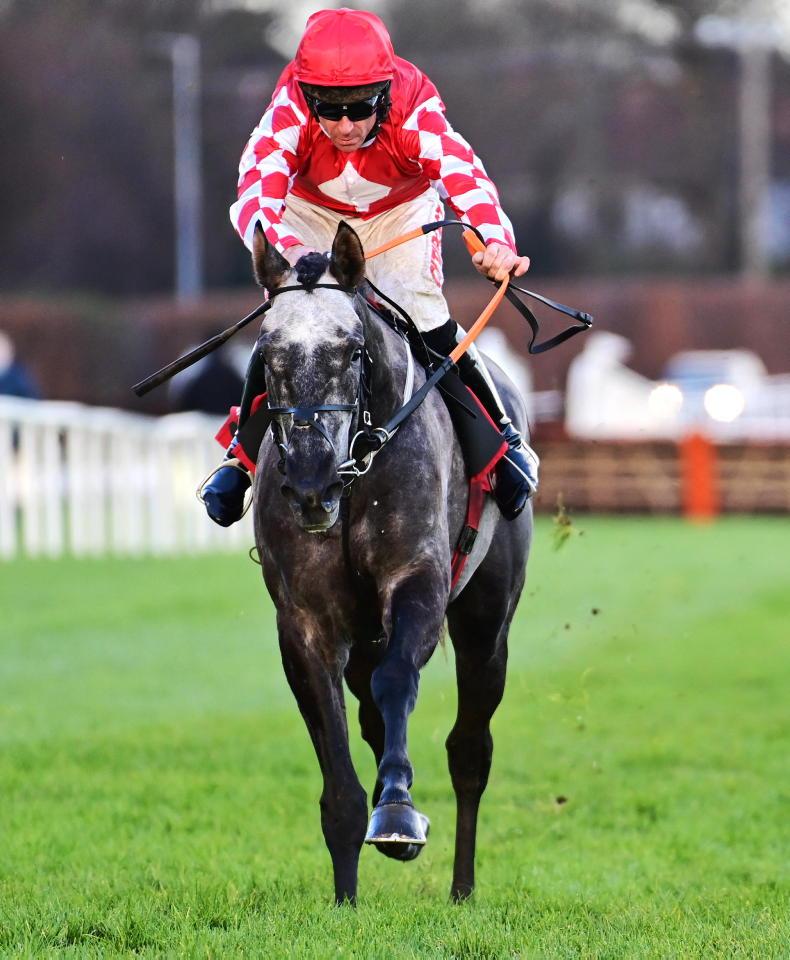 “After riding work on him, Davy told me he wants to ride Fil Dor, but we’ll have to wait and see.” \ Healy Racing 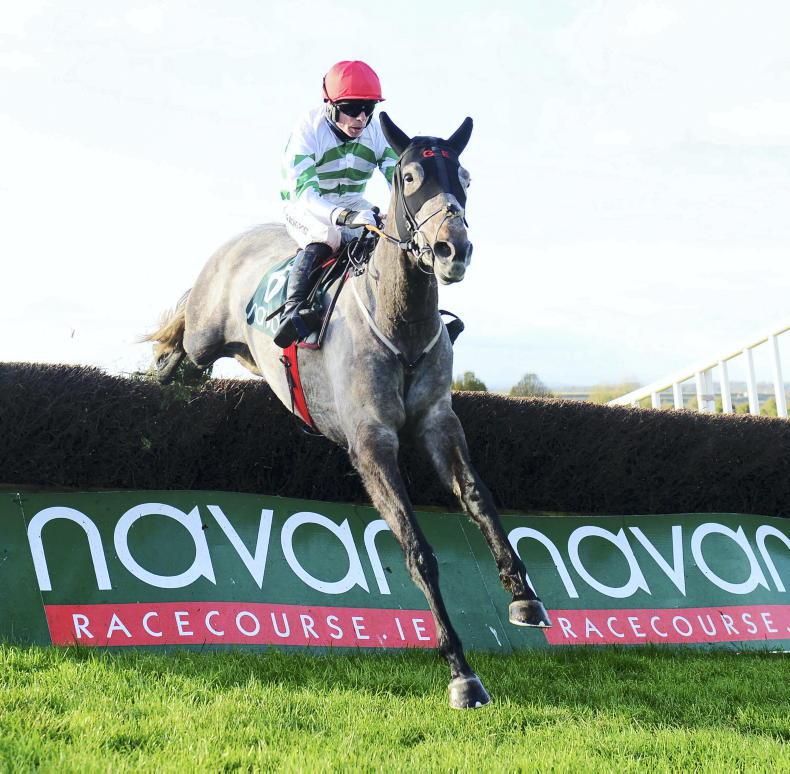 Riviere D'etel is "getting stronger every day" \ Healy Racing 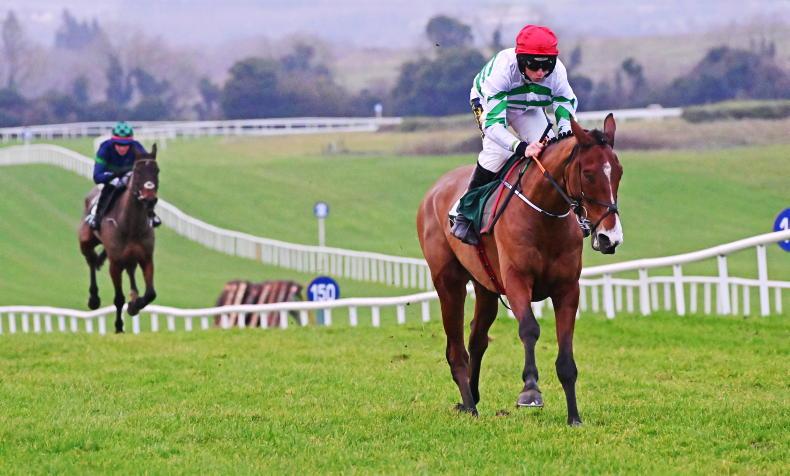 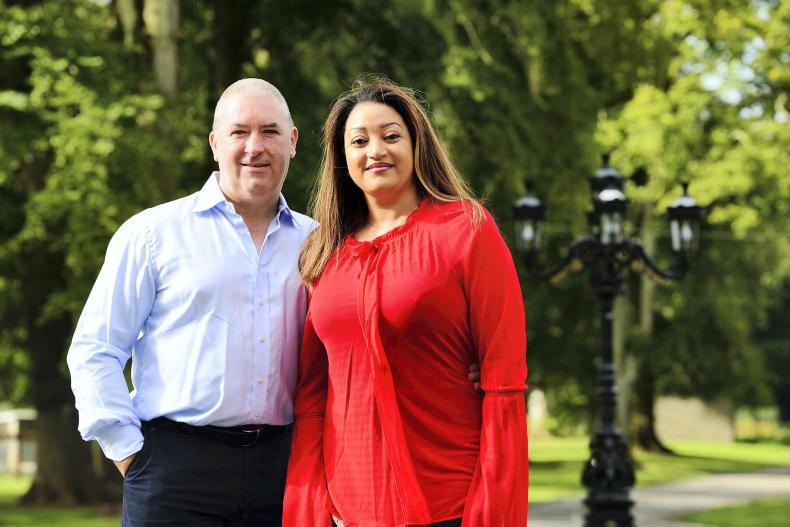 NOEL and Valerie Moran are among some of the most ambitious owners in jumps racing, but even they initially undersold the Bective GFC Cheltenham Preview night, which had to be moved from the Balreask Arms to Navan Racecourse to accommodate huge demand.

There were at least 300 in attendance, which included three-time Gold Cup winning trainer Henrietta Knight, and the crowd was treated to a brilliant night of Cheltenham chat, with a panel that was glittered with success. Moran himself was joined by fellow owner Eddie O’Leary, while Joey Logan represented the burgeoning Caldwell Construction operation.

Flat trainers wouldn’t feature too greatly at preview nights of this nature, but a quick chat with Johnny Murtagh opened the evening’s entertainment. The Meath native reminisced about his 2006 World Hurdle and his near miss aboard Golden Cross.

“Those jumps boys are probably lucky it didn’t happen”, he joked.

The Bohermeen man also gave Karakoul as his three-year-old to follow for the season.

Mighty Potter was the first horse mentioned in the Supreme Novices’ Hurdle preview, with his Logan saying he has a “massive chance.” for Andrew and Gemma Brown. Gordon Elliott echoed his owner’s thoughts stating he has “a touch of class about him”, but he was very impressed with Dysart Dynamo.

Riviere D’Etel was all the rage in the Arkle, with most of the panel siding with her to take on favourite Edwardstone. Elliott reported the mare to be “getting stronger every day.”

Cromwell reckoned it was the weakest novice chase of the three, and was happy to supplement Gabynako for the contest, saying he’s in good order with a solid chance.

The entire panel sided with Honeysuckle for the first-day feature, but Elliott and Noel Moran think Zanahiyr is overpriced. Teahupoo was another Cullentra runner in the spotlight, with Elliott reporting, “He could be the dark horse in the race, he just keeps improving.”

When the Mares’ Hurdle was brought into discussion, it was another Bective Stud horse the panel sided with.

“There is no doubt Queens Brook will reverse the form with Burning Victory, she was only 75% right at Punchestown,” said Elliott.

Noel Moran and Ryan McElligott were also in agreement, highlighting her Champion Bumper form as the standout on offer.

“If Appreciate It has a chance in the Champion Hurdle, then this mare has an excellent chance,” said Moran.

Tuesday’s chat concluded with Eddie O’Leary highlighting Run Wild Fred as one of their best chances of the week.

Sir Gerhard was the main selection for the Ballymore should he run there, while Shishkin was described as a “God-given certainty” by most, although Ryan McElligott reckoned, “Chacun Pour Soi is good enough to win this, if he can put it all together.”

The Champion Bumper was perhaps the most interesting discussion of the night, with plenty of support heading the way of American Mike.

“His time was quicker here than Facile Vega’s at Leopardstown, and in my eyes, Navan is the stiffer and better track to prepare for this. He looks like a champion,” said Elliott.

Noel Moran highlighted the five-year-old as his best chance of the week, stating: “I’ll be nervous before this one, while Eddie O’Leary concluded “Facile hasn’t met Mike yet.”

And O’Leary was the only man to conclude Wednesday’s discussion.

“If Tiger Roll wins, you’ll see grown men cry. I hope to God, he pulls it off, for the horse’s sake. He’s got a huge chance,” he said.

It was onto Thursday then, with Bob Olinger winning the selections battle with Galopin Des Champs for the Turners’ Novices Chase, while Elliott is now considering to side with the O’Learys and run Conflated in the Ryanair Chase. The majority of the panel agree he’s the one to chase Allaho home.

Gavin Cromwell came into the spotlight when the Stayers’ Hurdle came around, with his Flooring Porter the main talking point.

“He didn’t know when to stop improving and he continues to do so,” the Meath trainer said. “He’s in as good as form as he was this time last year. I’m very happy with him, if everything goes right, he’s got a massive chance.”

Gordon Elliott highlighted Flooring Porter as the horse to beat, although he’s wary about how he’ll handle the preliminaries with a crowd present this year. Ryan McElligott likes Flooring Porter, but reckons Thyme Hill is the one to worry about.

Bective Stud hope to send 14 horses to the Festival, and another race they have a good chance in is the Mares’ Novices’ Hurdle with Party Central.

“She’s a different story when she gets to the front, she idles. She needs to be wrapped up, but she’s got a hell of a chance,” said Moran.

Joey Logan talked with confidence about his runner in the Paddy Power Plate, Grand Paradis, and liked his chances.

David Jennings had Eddie O’Leary and Gordon Elliott under the cosh shortly after highlighting Frontal Assault’s chances in the Kim Muir, but Elliot said: “I’d have been hoping for five or six pounds lower.”

Interestingly, he went on to put up Glenloe for the race, saying he’d be dangerous if back to his best.

Another interesting selection put forward was Couer Serein in the Pertemps Final by Noel Moran, who made a good case for the Jonjo O’Neill trained eight-year-old, best priced around 40/1.

As we moved onto Friday’s action, Rob Catterson put up an enhanced treble of Tiger Roll, American Mike and Galvin at 50/1, which got Gordon Elliot very excited.

“That’s a no brainer. Have €200 on it and it’s your week paid for!” joked the trainer, and he duly obliged before picking out a wad of cash from his packet and doing exactly that.

The main debate in the Triumph hurdle surrounded Logan’s two runners of Pied Piper and Fil Dor, and which horse Davy Russell will ride.

Fil Dor got most of the plaudits and Elliot stated: “After riding work on him, Davy told me he wants to ride Fil Dor, but we’ll have to wait and see.”

Logan backed him at 40/1 earlier in the season and branded him “My NAP for the week.”

But Ryan McElligot sided against the pair and vowed for Pied Piper saying: “He’s the best juvenile around, and Davy should ride him. He’s the bet of the week.”

Ginto, another Bective Stud servant, was the main selection in the Albert Bartlett, with Eddie O’Leary viewing him as a future Gold Cup horse, and Gavin Cromwell finding him tough to get away from.

There was no better place to start the Gold Cup talk than with Henrietta Knight. “Galvin is my type of horse, that’s who I will be shouting for,” she said.

Elliot was happy with Galvin’s preparation.“He knows how to win, he just keeps winning. He’s showed a lot more pace recently than he ever has and he’s working well. We’ll outstay A Plus Tard, but Minella Indo is my worry.”

Cromwell was next onto the Galvin train. “I was in the Minella Indo camp, but I’ve switched to Galvin,” while Joey Logan revealed he heard plenty of Elliot work riders have napped him for the week, so he jumped on the bandwagon.

Eddie O’Leary hopes Galvin wins but he’s sided with Minella Indo, while Ryan McElligot is 50-50 with Galvin and Minella Indo.

Noel Moran went completely left wing. “We won’t be winning it for sure,” he joked. “Al Boum Photo for me, he will not be far away.”

It was then revealed that Hollow Games will go for the Martin Pipe, with Moran reckoning: “It’s going to be tight at the weights.”

My Mate Mozzie is looking like he will go to the County Hurdle, and his trainer says that the ground is the key to his success. “It’s a big ask for a first run in a handicap,” said Cromwell.

Eddie O’Leary found it very hard to get away from Ginto when asked for Friday’s best bet, and McElligott put up two in the County Hurdle, West Cork and Anyharminasking.

Perhaps the most intriguing bet of the day came at the very end, when Gavin Cromwell put his €50 charity bet on his runner Ilikedwayurthinkin in the Martin Pipe at 25/1.

That said, Elliott drew significant interest from the crowd when he suggested a Super Heinz, which consisted seven of his own runners.

If you want to follow Gordie in, a €1 Super Heinz will net you €120,000 and that should probably cover the week.

A tremendous night of fun was had by all, and hopefully plenty of winners were pinpointed.