Last year's big handicap winners The Shunter, Heaven Help Us are back for more 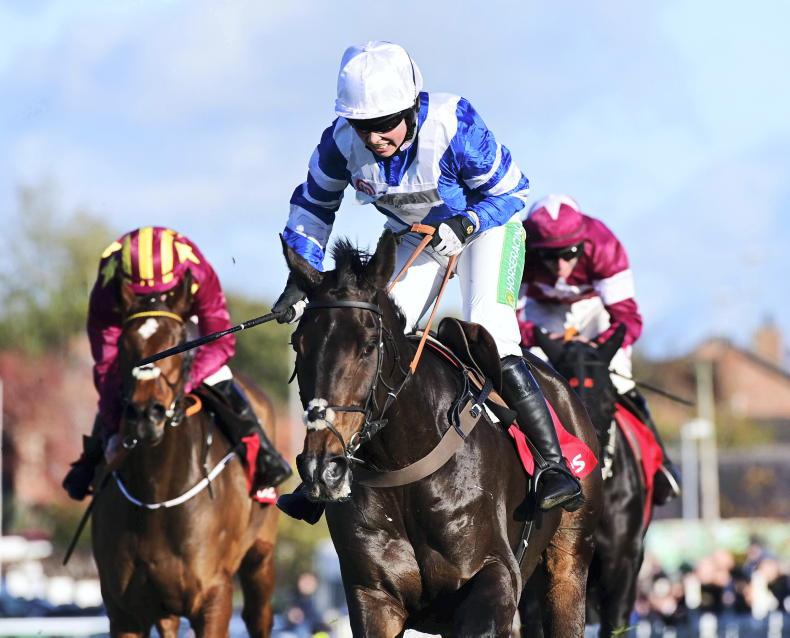 Frodon has been given a surprising handicap entry \ Healy Racing

THE eagerly anticipated entries were revealed for the nine handicaps at the Festival this week.

On the opening day, a surprise entry was the triple Grade 1 winner Frodon who was handed a Cheltenham handicap option among 82 entries for the Ultima Handicap Chase.

Paul Nicholls’ 10-year-old began his season by winning the Champion Chase at Down Royal but having disappointed in defence of his King George crown, and was beaten a long way in the Irish Gold Cup.

He has run at five previous Cheltenham Festivals but has not run in a handicap since winning at Cheltenham off a mark of 164 in October 2020.

Regular rider Bryony Frost told Betfair: “He’s off 164 at the moment and he won at Cheltenham off that mark previously. Whether he goes there or not, I will leave that up to Paul and Mr Vogt (owner), but if he does I’ll be right there with him.

“Grade 1 and handicap races are completely different races to ride. Grade 1s obviously aren’t so busy and you don’t have so much traffic. But we are on a very honest mark, that (164) is who we are.”

Aye Right, Ladbrokes Trophy winner Cloudy Glen, Kim Bailey’s Does He Know, The Shunter and novice Threeunderthrufive are others to note at this stage while the Irish-trained trio of The Shunter, and Elliott-trained Frontal Assault and Floueur are prominent in the betting.

There are 50 entries in the Boodles Juvenile Handicap Hurdle, with exactly half of them trained in Ireland.

They are led by the Willie Mullins-trained Gaelic Warrior, who has yet to run for Ireland’s champion trainer who also has today’s runner Icare Allen engaged.

The ultra-competitive Coral Cup has attracted 110 possibles, with 57 trained in Ireland. Dan Skelton’s Unexpected Party is among the favourites with the sponsors along with Sam Thomas’ Good Risk At All. Emmet Mullins’ Winter Fog is also prominent.

Surprisingly the Johnny Henderson Grand Annual Handicap Chase has only received 38 entries, which include Gary Moore’s progressive Editeur Du Gite and last year’s winner Sky Pirate who won in a field of 19 rivals.

The Pertemps Final has 53 entered with Grade 1 winner Sporting John amongst them. Gordon Elliott’s Dunboyne, fifth in the Leopardstown qualifier at Christmas is among the market leaders though that was the closest he came to winning this season.

Panda Boy and Winter Fog, Futurum Regem and A Great View, first, second, third and fourth at Leopardstown will also be among the most popular. David Christie’s Aintree November winner is also engaged and might be worth noting around 25/1 in the early betting.

Last year’s winner The Shunter is one of 23 Irish among 67 in a typically competitive looking the Plate Handicap Chase.

A total of 46 of the 81 in the McCoy Contractors County Handicap Hurdle are trained in Ireland including the Mullins contenders, impressive novice winners Adamantly Chosen and State Man. Perhaps surprisingly Henry de Bromhead has entered Champion Hurdle contender Quilixios, who disappointed at Gowran last weekend.

Last year’s runner-up Langer Dan is one of 110 in the closing Martin Pipe Conditional Riders Hurdle that also includes Burning Victory and Queens Brook among 56 Irish-trained.

The weights will be announced next Tuesday at Cheltenham. 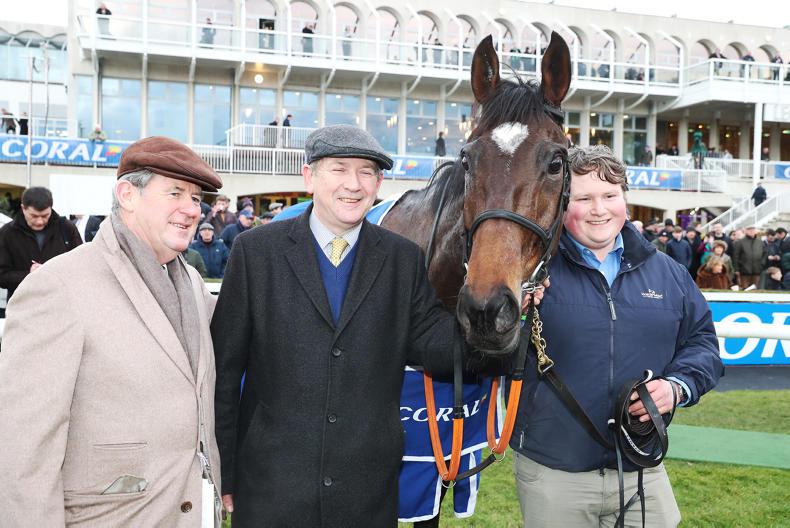 NEWS: 'The Ladbroke' returns to Leopardstown
The valuable handicap hurdle has had a succession of sponsors since Ladbrokes moved away 19 years ago 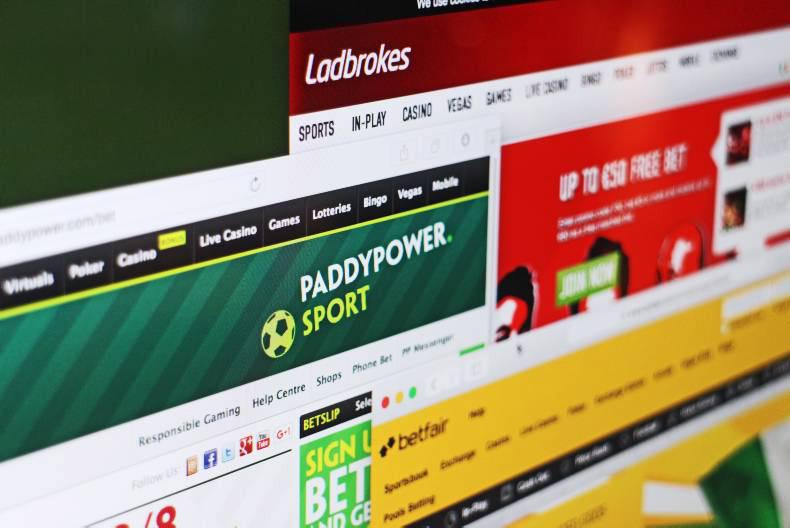 RORY DELARGY: Why can't minimum bet limits work here?
Why is Coral the only firm to have taken a stand and guaranteed that certain bets will be laid?