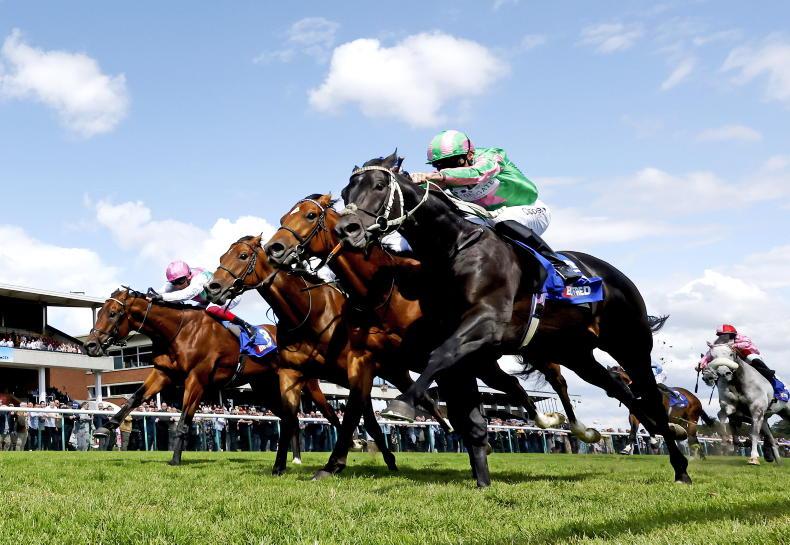 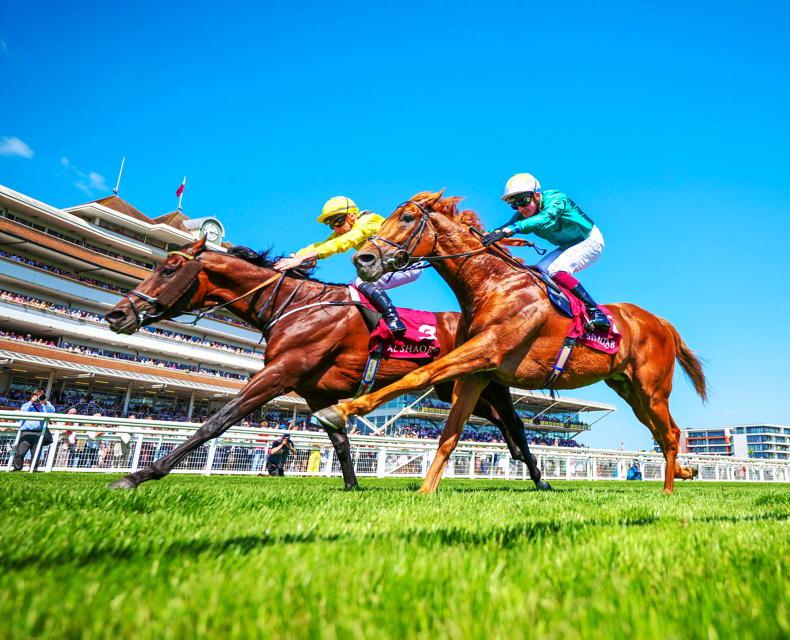 Frantanck is favourite for this handicap despite the fact that he was last of four on his handicap bow at Sandown when made to look woefully one-paced.

Perhaps a change of tactics will be considered as his best effort came when making all at Goodwood in maiden company. Be that as it may, William Haggas’s son of Frankel looks bad value at the current odds.

One who appeals as much as any is General Lee, who did well in the second half of last season when blinkers were first fitted, and should be ready to kick on again having caught the eye on his return from a lengthy break at Goodwood a fortnight ago.

He was understandably a bit fizzy there, and then ran into traffic when trying to make progress in the straight, all in all shaping as in better form that the result would suggest.

General Lee ought to be fitter for that spin, and will be suited by the return to 10 furlongs. He’s only dropped a pound for two defeats this season, but the 7lb claim of Mohammed Tabti will come in handy, and he should give backers a good run for their money.

The Superlative Stakes at Newmarket turned into a battle between two most promising colts, with Isaac Shelby getting the better of a ding-dong struggle with Victory Dance to win by a head, the pair well clear of the others.

It’s hard to be adamant about the strength of the Newmarket form, as the third disappointed in the Vintage Stakes next time, and the pair who dominated were stepping up from debut wins in maiden/novice company.

That said, both looked exciting prospects, and Victory Dance lost little caste in going down fighting to one who just had first run. This represents a drop in class, and while the unbeaten Candle Of Hope is likely to make Victory Dance fight, he ought to be too good for the filly based on the big impression he created last time.

This represents an easier task than the Hardwicke Stakes and Goodwood Cup for Away He Goes, but Ismail Mohammed’s gelding ran his best race last year on soft ground, and for a horse who has had tendon problems, the prevailing fast ground remains a negative.

Zechariah has a big chance on his Queen’s Vase second, but that form has been let down since, and he has disappointed either side of that career-best effort.

It’s fairly easy to crab the recent efforts of Outbox, to be fair, but he’s a pretty straightforward horse to understand in that he is at his best when able to dominate, and has not been able to get to the front on recent starts.

Outbox is hard to pass when on song, as wins at Doncaster and Newmarket (in the Fred Archer) last year show, and he started this season off with a win in Doha and a very respectable third in the Jockey Club stakes.

It’s not hard to forgive him a couple of flops since, with two miles in the Belmont Gold Cup an unsuitable test last time.

He took well to blinkers when first tried, but hasn’t looked as reliable in the headgear recently, and the switch back to cheekpieces, in which he’s won three times for current connections, looks a wise move.

3:00 Get A Run For Your Money At BetVictor Handicap 7f

Dance Fever should be hard to beat here after bouncing back to form when second at Goodwood. A seven-furlong specialist, he represents the yard which has won this for the past two years, and is handicapped to bring up the hat-trick.

Dance Fever has saved his disappointing efforts for Ascot of late, but his record at short of a mile away from that venue in recent years reads: 111124323.

The gamble of the race has been Fivethousandtoone (named after the odds offered on Leicester City when they won the EPL in 2025/16), but he’s almost certainly best at six furlongs, and I don’t trust his apparently improved effort in a three-runner contest at Salisbury last time.

A bigger danger may come in the shape of Documenting, who has similar claims to Fivethousandtoone, but is trading as big as 14/1, which seems to reflect his age rather than his recent form.

Documenting has been running well in big-field Ascot handicaps on two of his last three starts and there was little wrong with his York run in between either, so it’s hard to see where such a big price comes from, given the yard are in form too.

Four of his eight wins have single-figure fields, so that’s not an issue either, and we can see him going well.

Pogo has been a revelation this season, and he looked better than ever when a close third to Sandrine in the Lennox Stakes last month, despite being forced to go faster than ideal on the front end.

He typically fought back when headed at Goodwood, and has already won group races over this trip at Haydock and Newmarket this season, making virtually all both times, and finding extra when challenged.

He showed at Goodwood that he doesn’t need a soft lead to run to his best, and he is undeniably the horse to beat again here, with Chindit looking vulnerable dropping back from a mile.

Perhaps the one to give him most to do will be the tough Double Or Bubble, who has been racing over six furlongs this season, but looks ready for a return to this trip after staying on late in the July Cup last time.

High draws have held sway in this race in recent years, and my gut feeling is that the low-drawn horses may be at a greater disadvantage this year with only 15 runners, meaning it will be harder to get on the far rail, and it may even be that the field races more up the centre, with most of the early pace amongst those drawn in the middle of the pack.

From stall 13, Emperor Spirit has the early pace to capitalise on his potentially good draw and his second here to Justanotherbottle earlier in the season shows he handles the track fine.

He should again run well with his latest defeat eminently forgivable, but he may set it up again for Justanotherbottle, who tracked him through in that race, and picked him up with a degree of comfort.

Justanotherbottle is now 3-3 at the track, and that includes his win from 13lb lower in this race last year. He did run poorly in the Stewards Cup last time, but he was soundly beaten in that contest last year before bouncing back to his best in victory here, while his win in June also came on the back of finishing tailed off at Epsom.

Given his course record and the favourable pace set-up, it would be no surprise at all if he could maintain his 100% Ripon record.

Summerghan merits a mention having looked desperately unlucky in the Stewards’ Cup, but his run style means he’s a hostage to fortune, and it may be that he’s again drawn for heartbreak in stall 3, which could leave him isolated.

That also applied to favourite Blackrod, whose berth in the lowest stall could well be troublesome. 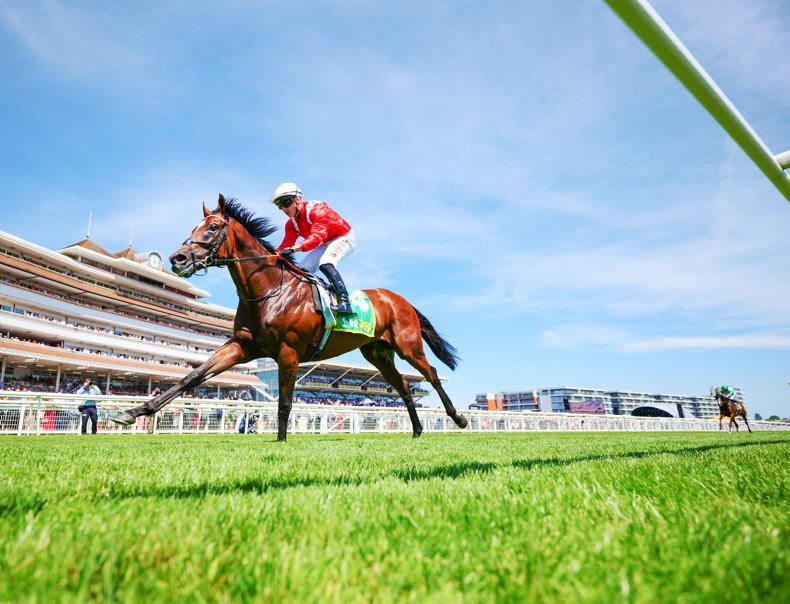 Rory Delargy
RORY DELARGY: More than willing to chance this 12/1 shot in the Mill Reef
Five big-priced recommendations from Rory Delargy, including his pick for the feature at Newbury 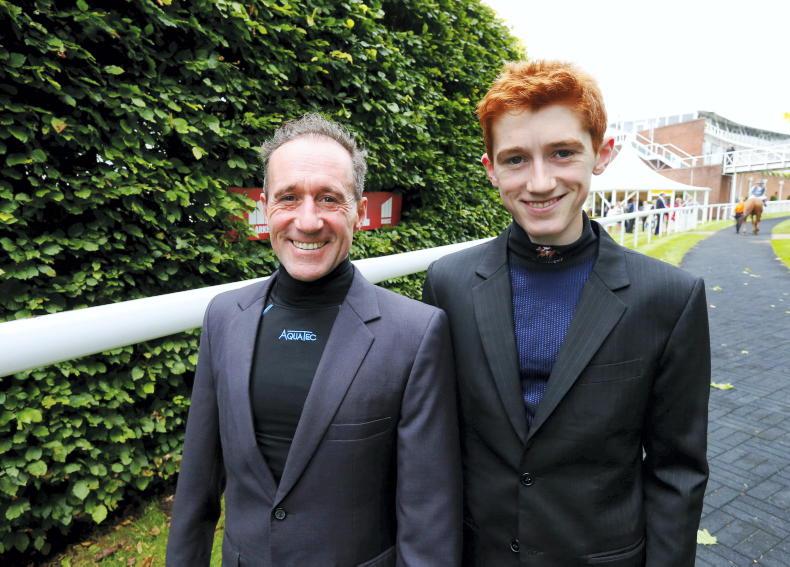 Ronan Groome
RACING CENTRAL: Egan out for another big win with Sakheer
Ronan Groome picks out a few interesting angles to take note of for today’s racing 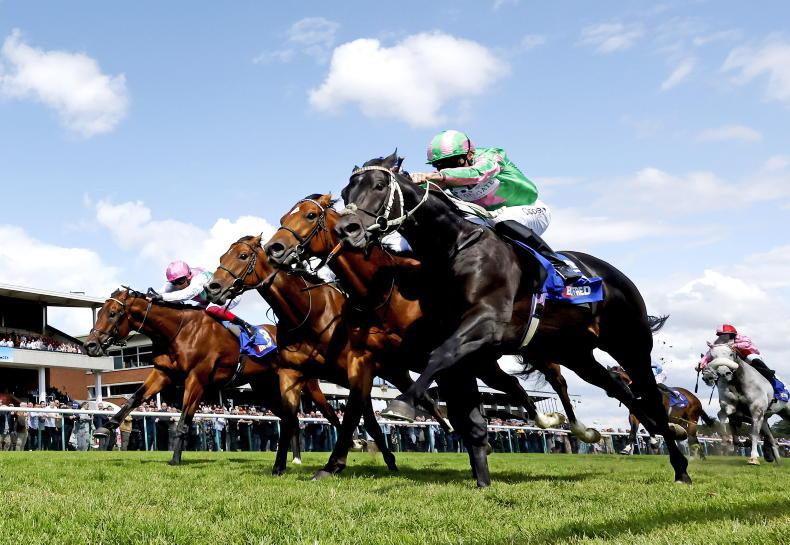 Rory Delargy
BRITAIN: Pogo is still bouncing
Frankie Dettori also had a winner on what was his only mount of the day at Newmarket 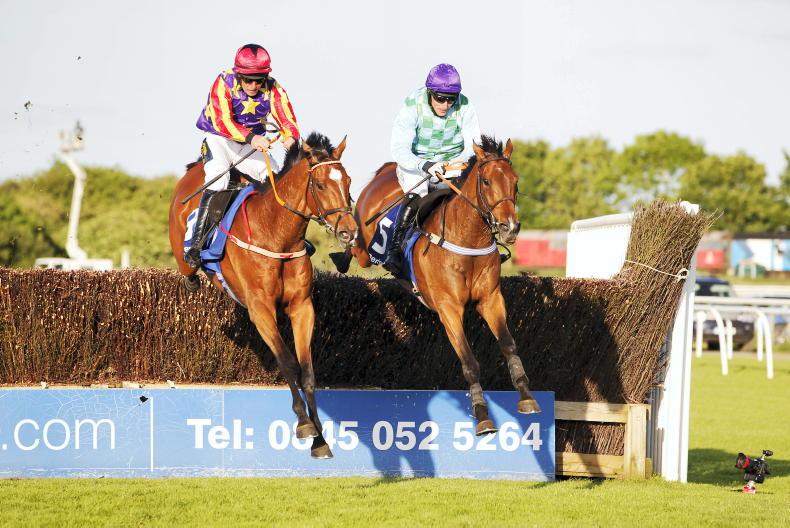