Title: BRITAIN: Will Snow Leopardess get into the National? 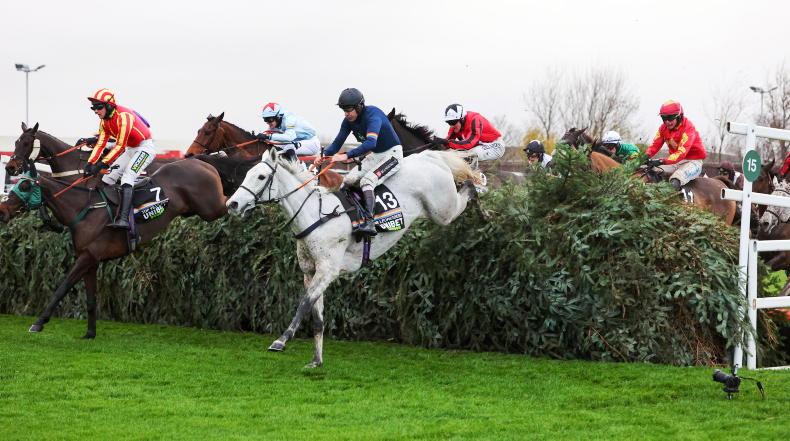 EXETER on Sunday featured a couple of listed races, with Lac De Constance winning the novice hurdle for Dan and Harry Skelton; the third horse, beaten just over 10 lengths, has a rating of just 89, however, and the form is modest.

More impressive was Snow Leopardess, who completed her Grand National preparation with a 12-length romp in the mares’ chase for Johnny Burke and Charlie Longsdon.

The Becher winner is in danger of missing the cut for the Grand National, so connections were keen to win a race in order to be reassessed, and this was the final day for that.

They may not be pleased that Martin Greenwood chose to raise her just 1lb for this facile win, and it still remains touch and go as to whether she will get in.

THE Grand National weights reveal ought to be a rather dull exercise in the modern era, but the Tiger Roll saga ensured some easy headlines, and there is little to add to the situation that I didn’t put into print last year when an almost identical scenario unfolded. Enough said.

It will be interesting to see how much the weights go up with the top pair looking doubtful runners, and Melon hardly screaming out for this test. Minella Times has been put up another 2lb for his win last year, which is an odd decision by the assessor – he went up 13lb for his win a year ago, and has not been competitive in two runs since.

I’d be happy to ignore those for handicapping purposes, but an additional 2lb – for the Aintree factor? – is harsh.

Of more interest are a couple behind him last year, and I’m not surprised that Burrows Saint has been backed as he will be a stronger horse this year than the one who travelled well only to fade from the last 12 months ago. He’s on the same mark, and has had a low-key campaign thus far.

The weights are likely to go up 5lb or 6lb at most, meaning a weight range on the day which is unlikely to be more than a stone from top to bottom. I’d still be inclined to look from the bottom up, however, and there are a few at big prices who appeal to me at present.

Discorama has long been my idea of an ideal type for this, and he was coming off an absence when running creditably last year. He’s had a better prep this time around, and although he’s yet to win a handicap, that’s less of a concern given this unique test, and he looked as good as ever at Fairyhouse last time.

De Rasher Counter has raced only four times since winning the Ladbrokes in 2019, and was coming back from a lengthy absence when behind Eldorado Allen in the Denman Chase. He’ll come on for that, and is back on his last winning mark, so shouldn’t be 66/1.

Jett is an 11-year-old now, but he took really well to the race last season, merely doing too much too soon, and he was back to form when a close third to Two For Gold – form franked since – at Doncaster. He’s lower in the weights than last year, and has plenty of back-class for a horse who will be at the foot of the weights. 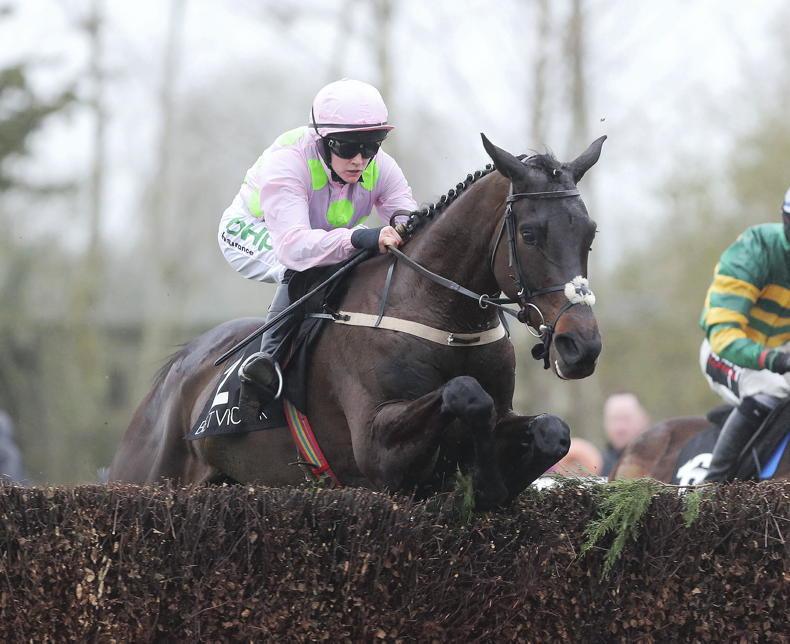 Ryan McElligott
FAIRYHOUSE SATURDAY PREVIEW: Saint can get back in the good books
Ryan McElligott preveiws the Fairyhouse card including the Bobbyjo Chase 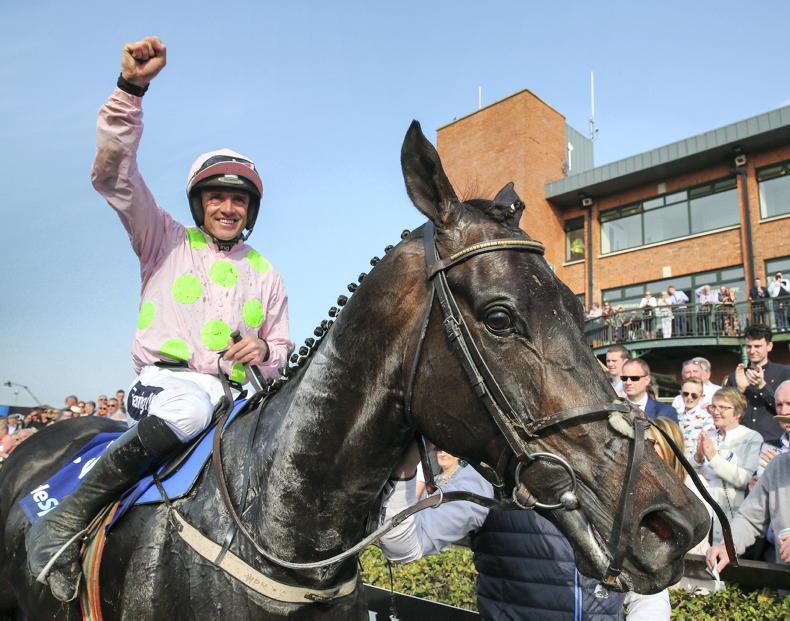 DONN McCLEAN: Everything is right for my Aintree fancy
Donn reveals his shortlist for the big race at Aintree, and he also has a 20/1 shot worth backing in a supporting race 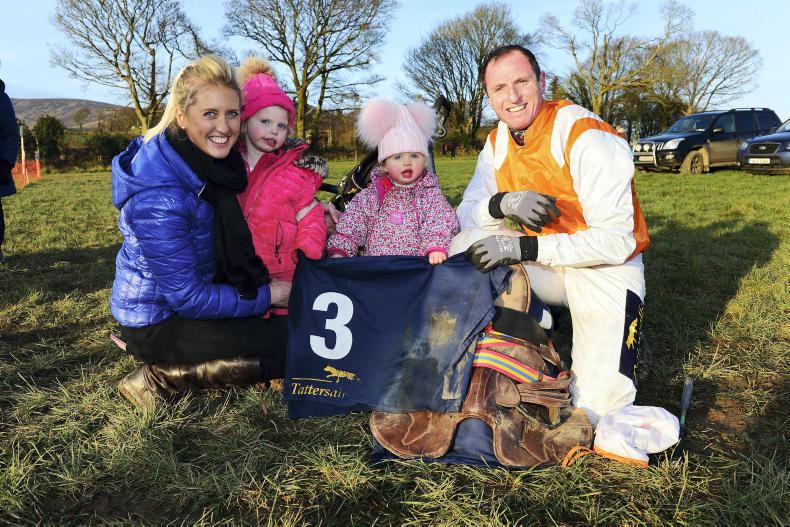 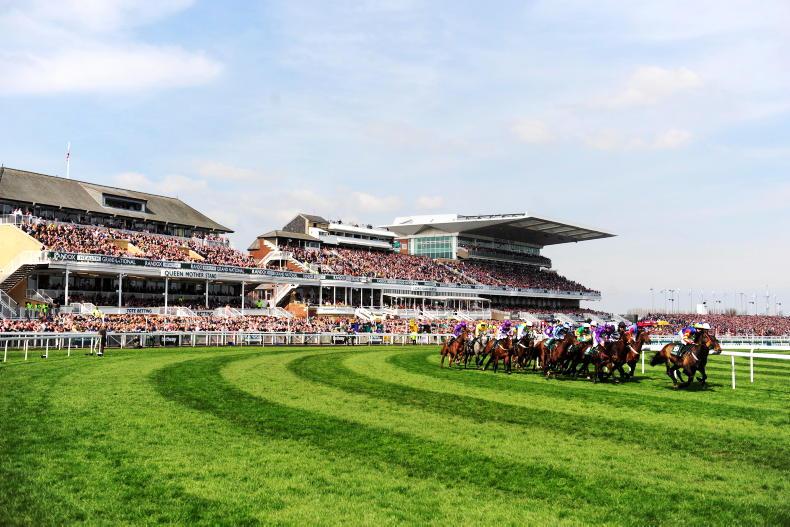 GRAND NATIONAL: 40 chances! But it looks like another Irish winner
Rory Delargy takes you through the full field for the 2021 Randox Grand National