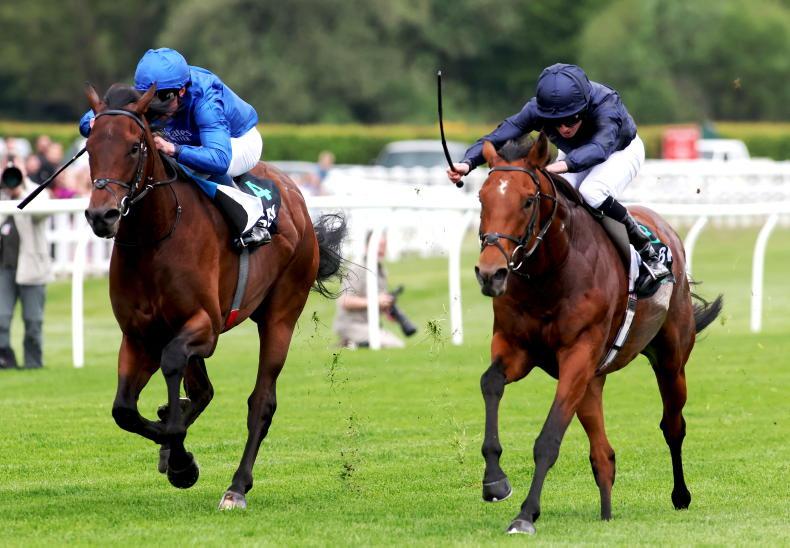 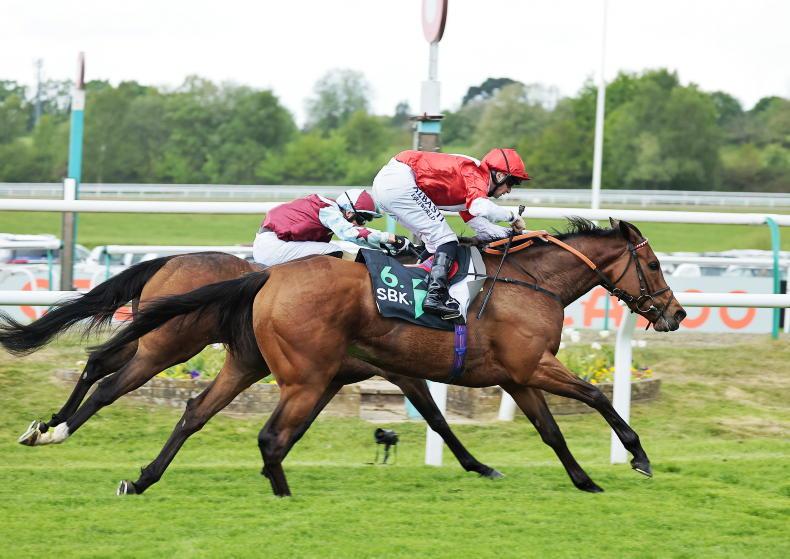 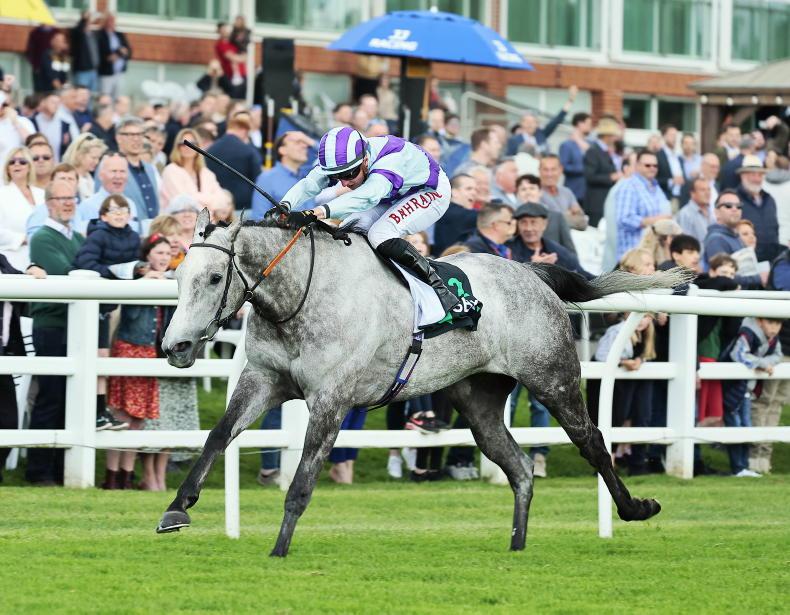 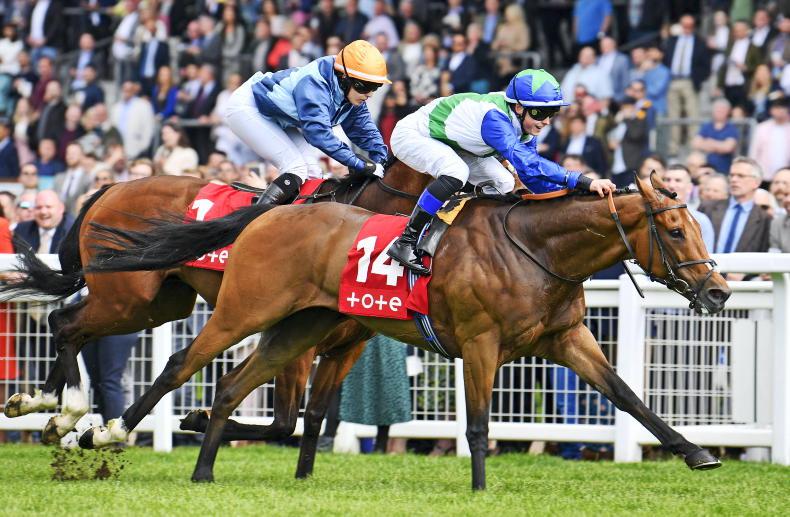 RYAN Moore and Aidan O’Brien held all the aces at Chester in the week, and they continued their domination of the British classic trials when 9/4 shot United Nations battled to a three-quarter length win over favourite Walk of Stars (Charlie Appleby/Will Buick) in Lingfield’s Listed Derby Trial.

The winner was suited by the step up in trip having finished a staying-on fourth in the Blue Riband Trial at Epsom, but he also proved more generous under pressure than the runner-up, who hung left when scoring at Newbury, and hung right as he got the worse of a battle up the home straight here.

Natural World made the running but may not have been helped by sticking to the inner rail, and he was passed and beaten a furlong and a half from the finish, as the principals joined battle towards the centre of the track.

With only four runners, this may not look the strongest of trials, but the same was said about the 2021 running in which Godolphin’s Adayar was beaten before going on to Derby glory. It’s also worth noting that this was quite well run despite the small field, and the performance figure of the winner is backed up by a commensurate time figure.

Coolmore representative Kevin Buckley spoke afterwards about this success, and how United Nations fits into the Ballydoyle challenge at Epsom, saying: “United Nations has been round Epsom and has clearly come out of his race there well. He ticks the boxes, and Aidan hoped he would put his experience into practice today.

“We thought he’d improve with the extra distance; it was a steep learning curve at Epsom and we were happy with that performance. It is a nice problem to have!”

THE Listed SBK Oaks Trial saw O’Brien suffer a rare setback as odds-on favourite Emily Dickinson failed to improve as expected on the back of an ordinary maiden win, finishing only fifth, with the race going to Tom Clover’s Rogue Millennium under Jack Mitchell.

The 15/2 winner was conceding experience to most of her rivals having scored on her belated debut at Wetherby less than a fortnight earlier. She made ground in the straight having been held up, joining the long-time leader Mystic Wells (George Boughey/Ben Curtis) inside the last furlong, and edged to the front close home for a narrow, but decisive win.

The syndicate which owns the winner – The Rogues Gallery – have agreed to supplement her for the Oaks despite the prize money for this win coming to less than the supplementary entry fee. She is entered in the Ribblesdale at Royal Ascot, and that might be a more prudent target, but racing is a dreamers’ sport, and few owners get to have a realistic chance of winning a classic.

Winning trainer Tom Clover, for whom Rogue Millennium will be a first classic runner, discussed the decision to pay the £30,000 fee for a filly who cost just 35,000 guineas at the Tattersalls’ December (Mares) Sale: “Rogue Millennium is a lovely filly that deserves her chance to be in the Oaks and it is now very much the plan to go to Epsom. We discussed it several times and both the owners and I are keen to go there.

“For any young trainer to have a horse like her bred by Sheikh Hamdan going for the Oaks is very special. Sheikh Hamdan is part of the sport’s heritage and he had so many successes with my late father-in-law Michael Jarvis including winning the Oaks with Eswarah.

“I don’t believe we are going there simply to have a runner, and I hope she can make both us and The Rogues Gallery team proud.”

Although all eyes were on the Derby and Oaks trials on Saturday, the big race of the day was the Group 3 Chartwell Fillies’ Stakes over the straight seven furlongs, and it was won by the front-running Lola Showgirl (Dave Loughnane/Tom Marquand) who defied her relatively lowly rating to dominate from the start to spring an 11/1 surprise.

The five-year-old blossomed at this time last year, winning at York and the Kensington Palace Stakes at Royal Ascot. She was a creditable fourth in the Listed Snowdrop Fillies’ Stakes at Kempton on her return, and she relished the drop from a mile back on quick turf, holding on comfortably to beat Pearl Glory (Kevin Philippart de Foy/Ben Curtis) by three parts of a length. Henry de Bromhead’s Wren’s Breath proved the disappointment of the race, failing to move with any fluency on ground adjudged to have been too quick.

Lola Showgirl won well but the handicapper raising her a whopping 19lb for this win, and it is perhaps not too much of a surprise that connections look set to retire her now, given her limited options and already attained value. She is in foal to Oasis Dream.

Easy for Aasy in the Buckhounds

THE Listed Buckhounds Stakes at Ascot gave the classy Al Aasy (William Haggas/Jim Crowley) a gilt-edged opportunity to get back to his winning ways.

The son of Sea The Stars did not even have to be at his best to win by two lengths from Mandoob (Brian Meehan/Sean Levey), who had set a modest enough pace which actually suited the winner’s proven turn of foot.

Al Aasy, sent off the 5/4 favourite here, was narrowly beaten in the Coronation Cup at Epsom last year, but holds no entry for that contest this time around.

His reappearance over this track and trip suggests he will be aimed at the Group 2 Hardwicke Stakes instead, although Maureen Haggas was not committing to any specific target as she discussed the importance of this win: “He had a nice, easy run around and it’ll have done his confidence the world of good because that’s what he needs.

“That’s half the battle with him really because he’s got stacks of talent. In terms of where we go next, that’ll be a discussion we have but he’s got options.”

POINTERS to the big Royal Ascot Handicaps were in evidence in the 27-runner Victoria Cup, which was won by Kevin Philippart de Foy’s Vafortino (Benoit de la Sayette), beating Accidental Agent and River Nymph. The placed horses have both won big races on the straight track in the past, but of more significance was the draw, with the tricast provided by the three highest drawn horses in the race. It will be interesting to see whether any action is taken by Clerk Chris Stickells to ensure the jockeys don’t all converge on the stands rail at the Royal meeting next month.

The winner was contesting the Gallinule Stakes at the Curragh a year ago for Joseph O’Brien and seems to have found his metier having been gelded before making a promising debut for new connections at the All Weather Championships at Newcastle on Good Friday. He is likely to go for the Royal Hunt Cup with his trainer having no worries about stepping him back up to a mile.

The mixed card at Haydock on Saturday saw a shock in the Swinton Hurdle, as N’Golo bounced back to form to take the big two-mile handicap for Ann Duffield and Gavin Sheehan, the 28/1 shot beating favourite Severance by six and a half lengths.

The best of the flat action came in the Listed Spring Trophy, in which William Haggas’s 2/5 favourite Aldaary (Jim Crowley) proved much too good for his rivals, sweeping through from off the pace to score by three and a half lengths from Bounce The Blues. The winning rider believes Aldaary can win a decent group race this term but warned that he must have some ease in the ground, having had his one disappointment on good to firm last season.