He’s maturing and growing into himself. I think he’s a Champion Chase horse.” Willie Mullins on Gentleman De Mee 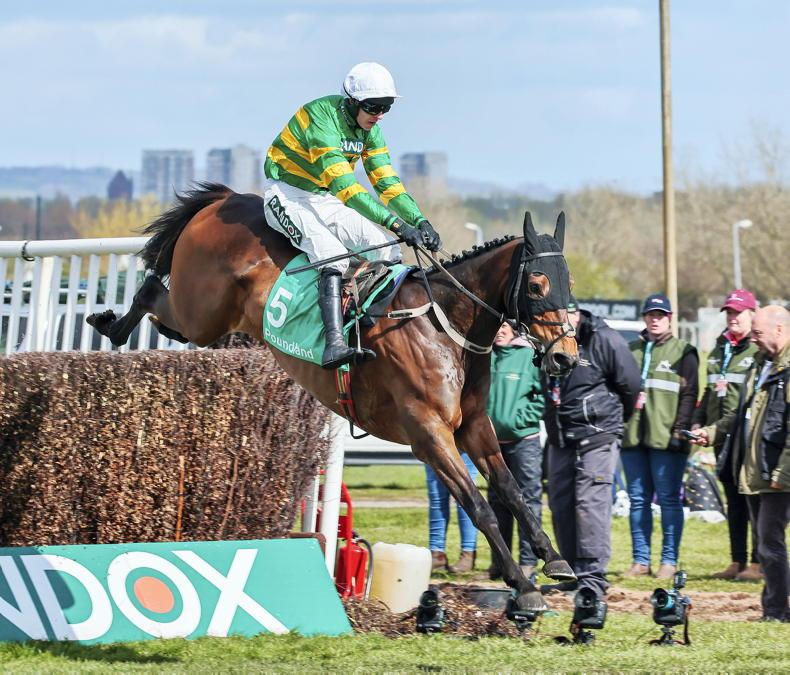 EDWARDSTONE (Alan King/Tom Cannon) was a short-priced favourite for the Grade 1 Poundland Maghull Novices’ Chase after his Arkle win, but he could never quite get to grips with the front-running Gentleman De Mee (Willie Mullins/Mark Walsh), who produced an improved effort despite making a couple of significant errors, winning by four and a half lengths at an SP of 7/2.

There looked likely to be a contested pace, but the winner was handed an easy lead when former trailblazers For Pleasure and Third Time Lucki were again held up, and he made the most of that scenario to build a buffer between himself and the favourite.

At the top of the straight, Edwardstone looked poised to throw down a big challenge, but even after the leader had jumped awkwardly at the penultimate fence, it was clear that the gap was not closing, although the pair did pull 11 lengths clear of Third Time Lucki, so it’s hard to argue that Edwardstone ran notably below form.

Gentleman De Mee has been something of a tearaway, but while he took a liberty or two with his fences, he settled pretty well in front under a well-judged ride by Walsh, and he needs to be credited with further improvement, having landed the Grade 3 Flyingbolt Novice Chase on his previous start.

He’s still a work in progress, but is two years younger than Edwardstone, and should be regarded as the best prospect of the current crop of two-mile novices.

This was a plan well executed by Willie Mullins, who swerved the Arkle for this, saying: “I was hoping our freshness might be the right card to play and it looked like that. Mark gave him a brilliant ride, he got him out, got him jumping and even gave him a breather when he made a mistake at the fourth-last. Mark felt he was always in charge.

“He’s just improved the last six to eight weeks, I think the change of tactics have helped, rather than holding him up and getting beaten like he was early in the season. He’s maturing and growing into himself. I think he’s a Champion Chase horse.”

Beauport looked very unlucky when trapped behind a weakening rival on the home turn, and that rangy gelding looks a top-notch chasing prospect for next term.

Sam Brown has been hard to train over the years, and had appeared a mudlark, but he turned the Grade 3 Betway Handicap Chase into a procession for Anthony Honeyball and Aidan Coleman, beating Shan Blue by 15 lengths. He’s a horse very close to the trainer’s heart, and his victory was a wonderful moment, overshadowed by what happened an hour later.

The Grade 2 bumper went to Neil King’s Lookaway (Jack Quinlan) by two lengths from Hullnback. The son of Ask isn’t much to look at, and was allowed to start at 28/1, but he clearly has an engine, and has the pedigree to do well over hurdles.