Title: BRITAIN: Baaeed bolts up in a class of his own 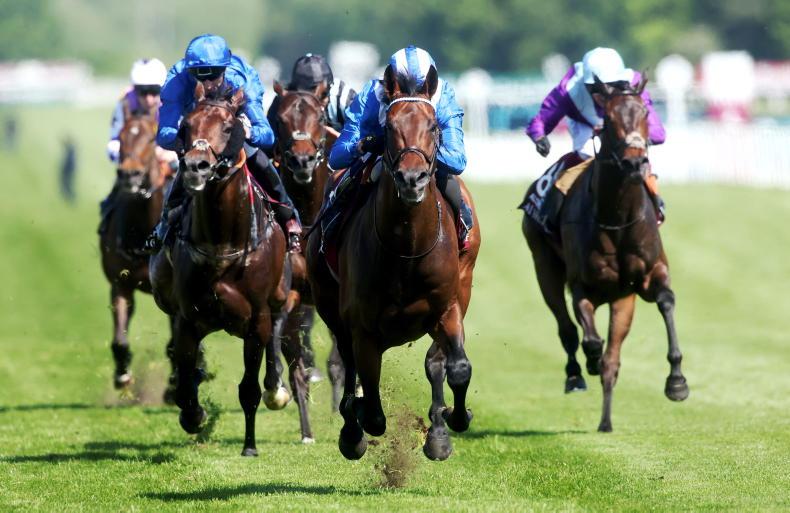 WILLIAM Haggas’ Baaeed was the find of 2021, having gone unbeaten in a campaign culminating in two Group 1 wins over a mile despite being unraced just 12 months ago.

He looked something special from his racecourse bow, and proved – unsurprisingly, given that profile - that he had trained on with a silk-smooth success in the Group 1 Al Shaqab Lockinge Stakes at Newbury last Saturday.

The Sea The Stars colt was made the 4/9 favourite to dispatch his Lockinge rivals, and he made the odds look generous as he strolled to a three and a quarter-length win over Saeed Bin Suroor’s Real World (Danny Tudhope), hitherto unbeaten on turf himself.

The pace-making Chindit (Richard Hannon/Pat Dobbs) stayed on when headed to finish third, five lengths behind the imperious winner.

With Pat Dobbs sending Chindit out to make the pace an honest one, Jim Crowley was content to tuck in behind the leader, and when he pulled out with over two furlongs to go, the result looked inevitable, with Crowley almost motionless as the others began to push and shove. When he did ask his mount to stretch, it was merely a case of hands and heels, as Baaeed stretched out and away from his toiling rivals.

Mother Earth was well positioned just ahead of the winner for the first five furlongs, but neither she nor Alcohol Free could find a gear change when asked, and the pair have a bit to prove in open company now, accepting that Mother Earth did land the Park Express Stakes on her reappearance.

Real World emerged with considerable credit in second having proven in Meydan earlier in the year that he is not a dirt performer, and he’s another who was very progressive on turf in 2021, winning all four of his starts, including the Group 2 Prix Daniel Wildenstein. If he can avoid Baaeed in the summer, there is a Group 1 over this trip with his name on it.

Jim Crowley said on unsaddling: “He is an absolute pleasure to ride and very straightforward. He is the most beautifully-bred horse. He is everything you want in a racehorse. Nothing seems to faze him.

“He doesn’t appear to have any weaknesses. I can’t think of one. He is really bright, has gears, relaxes, and stays the mile extremely well and has got a turn of foot. You couldn’t ask for more really.

“I sat last on him at Goodwood, and he has got a very good turn of foot, so it is not like you have to be in a certain place in a race – just where he is happy, really. Mohaather was underestimated, but he (Baaeed) could be the best I’ve ridden.”

William Haggas, aware of the hyperbole over the horse, attempted to put this win in perspective: “I would not go as far as to say he is the best horse in the world – that is the sort of thing others might say – but he has done very well.

“It was a strongish field, there was a classic winner in there and two fillies who were very useful last year, so he has done really well. If we step up to a mile and a quarter, if he stays fit and healthy, we will go for the Juddmonte.”

Real World’s trainer Saeed bin Suroor was plotting a path: “He’s run a big race back on turf and jumped well from the stalls, having missed the break last time. There is no disgrace finishing second to the best horse in the country and Europe, if not the world.

“If Baaeed is going for the Queen Anne, Real World would go for the Prince of Wales’s.”