Title: BREEDING INSIGHTS: Gone, but not likely to be forgotten

Leo Powell pays tribute to Solerina, and suggests that her progeny could yet bring further glory 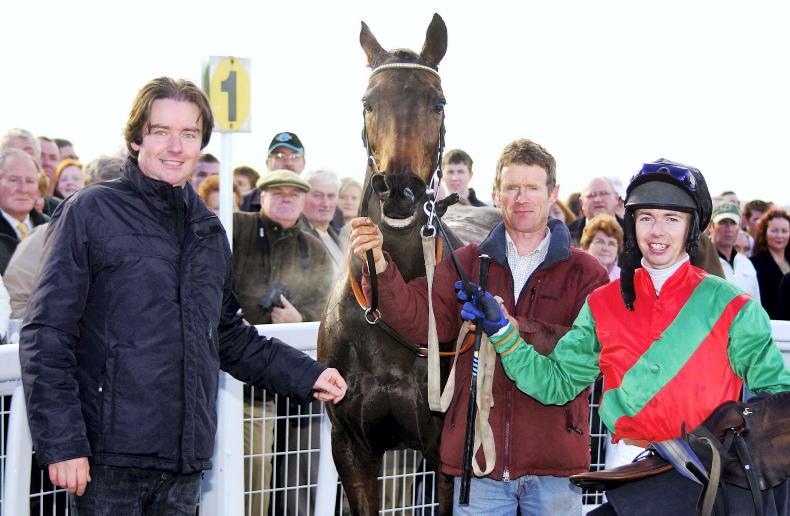 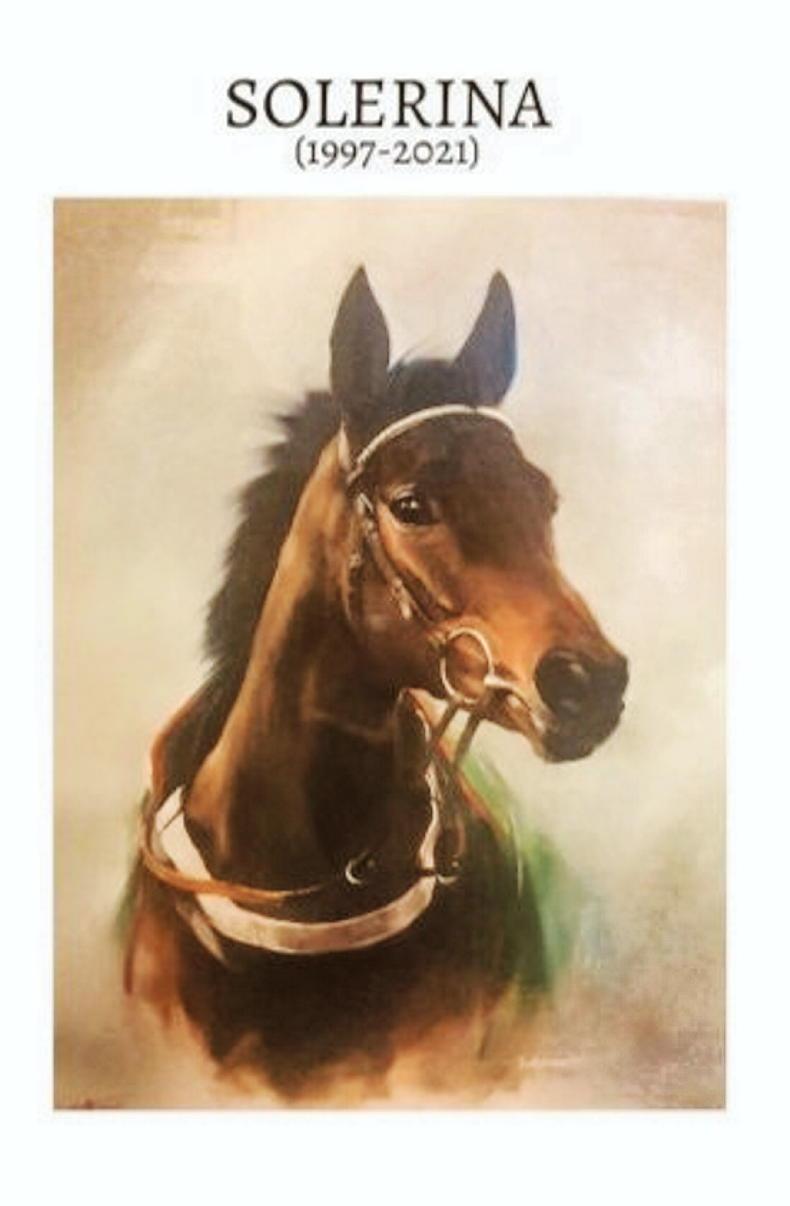 SOLERINA, the daughter of Toulon (Top Ville) who gave the brothers John and Michael Bowe, and their family, so many great racing days, died recently at the age of 24. She had suffered a bout of colic.

A great favourite with racegoers, only one of her 40 career starts was outside Ireland, when she was fourth in the Grade 1 Stayers’ Hurdle at Cheltenham as a seven-year-old. She won 22 times and was a most consistent mare, amassing earnings of more than £465,000 in a career that spanned four years, starting and ending at Naas.

She won five times at Grade 1 level, most famously winning the Hatton’s Grace Hurdle at Fairyhouse on three successive occasions, beating her half-brother Florida Coast (Florida Son), Brave Inca and Golden Cross. She also accounted for Florida Coast on what was her swansong, justifying her starting price of 1/6 in January, 2006.

Among those who finished runner-up to her were racing stars such as Back In Front, Hardy Eustace, Central House and Kicking King.

A winner at the age of five, she could almost have been described as precocious, as many in her family have taken time to come to their best. In fact, her half-brother, and sometime rival, Florida Coast did not win until he was seven. Another feature of the family has been its ability to stay sound.

I mention this as, having died at a great age, Solerina would appear to have a disappointing record as a broodmare, with just two winning offspring. Her daughter Jaime Sommers (Milan) ran 68 times, winning twice over hurdles, once over fences, and she gained her final success in a two-mile maiden on the flat at Tramore as a seven-year-old. While winning four times might appear a meagre return for so many starts, she was in the first three on 30 occasions.

Michael Bowe trained Jaime Sommers for his brother John, and he did the same with that mare’s year-younger half-brother Halsafari (Doyen). He won three of his 28 outings, all his victories coming at the age of six. While there have been three other placed progeny of Solerina, it could yet happen that she breeds a horse that possesses some of the class she held in abundance.

John still retains a three-year-old son of Jet Away (Cape Cross), a two-year-old son of Vendangeur (Galileo), a yearling colt by Walk In The Park (Montjeu) and, very importantly for the continuation of the line, a filly foal by Maxios (Monsun). The best may yet be seen.

Solerina and Florida Coast were two of the three winners produced from the Deep Run (Pampered King) mare Deep Peace. She was placed a number of times over hurdles, and her third winner was Fair Ina (Taipan), successful in a bumper for John and Michael Bowe. John sent her to stud and bred the brilliant, but ill-fated Fayonagh (Kalanisi) from her.

Fayonagh won five of her six starts, notably landing the Grade 1 double of the Weatherbys Champion Bumper at Cheltenham, and following up with the equivalent race at the Punchestown Festival. She landed her sole start over hurdles before tragedy struck. Further back in the family a number of other smart runners appear, notably the Cheltenham Grade 1-winning hurdler Massini’s Maguire (Dr Massini).