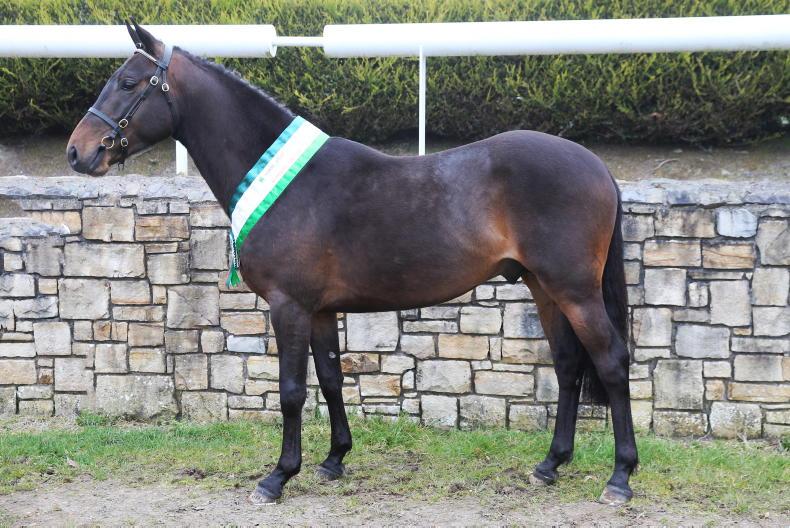 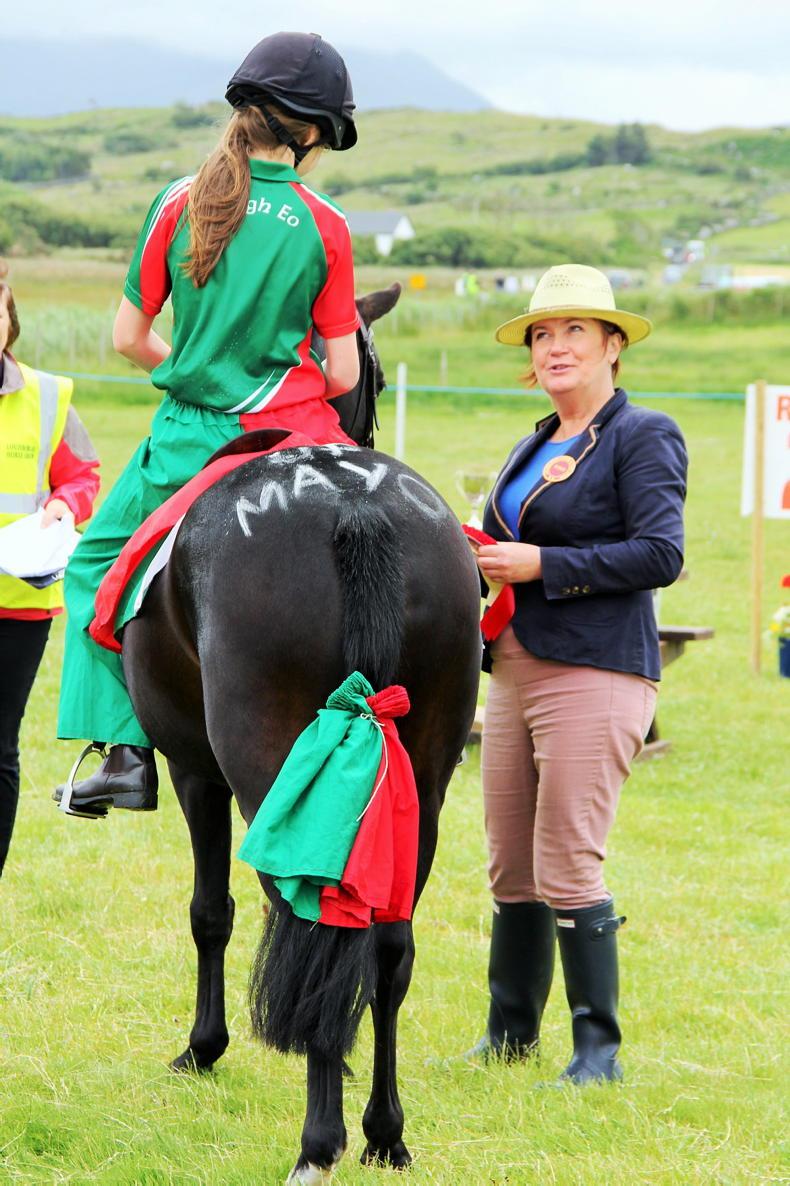 I’VE always loved anything remotely to do with equines from a very early age. My first experience was an antique rocking horse Santa brought me when I was only three years old, (that’s a while back!) to progressing to my sister Rosemay’s boyfriend’s hunter, when I was just four. After that, there was no looking back.

At 10 years old, I was given my first pony, a Welsh Section A. Champ was his name and he certainly held his title. He jumped for fun, we had many red ribbons on most outings and boy, could he hunt.

Then shortly after that, I went with my best friend Sonia, to ride thoroughbreds in a local racing yard in Clady, Co Tyrone at weekends. I was hooked! I bought my first National Hunt broodmare from MacClafferty’s yard at the age of 17 and managed to breed a chesnut sport horse that went on to represent the USA in the junior Olympics. Sadly the mare broke her leg in the field and that was that.

After that, I concentrated on my job in textiles which brought me to the four corners of the globe but ponies were always on my mind. I settled in Sligo and had two beautiful daughters; Jessica and Hannah. This was the start of my passion taking off again and the pony portfolio expanded.

In 2018, I moved to the Meath/Louth border and set up Pine View Pony Stud. So I’m a relatively new breeder. Barrera Duke of Windsor, a little Welsh Section B bought from Martin O’Sullivan in Cork, was the first stallion. Then, some small broodmares were bred and bought in, initially to replenish the lack of quality Irish-bred 128cms children’s ponies that were so hard to find here.

Now there’s two more stallions: Pine View Junior Boss and Sander, plus a herd of performance-bred Connemara mares and a mixture of Welshies. It’s an addiction.

1. Congratulations on breeding the approved pony stallion Pine View Junior Boss. Tell us about him.

Thank you, I’m very fond of him. He has such a kind, gentle temperament, a real pet and he’s also athletic, with serious movement. He was seven years in the making, after a lot of self-education and research.

He’s by the German pony Junior Boss and his dam is Romano Royal Angel. She’s one of my premier broodmares and has bred super performance foals in the past that have all been sold abroad to the UK, Italy and France.

Junior, as we call him, passed the HSI stallion inspections and achieved Class 1, but as he is only a three-year-old, he still has a lot more maturing to do. I don’t mind the wait, he lives a very stress-free life here.

For me, it is when you see that newborn foal canter around the field. It’s such a lovely feeling and gets me every time.

I find everyone has their favourites, but I cannot keep a mare if I don’t connect with her, no matter how well-bred or beautiful she is.

For me the mutual connection is vital for understanding them as best we can. All my mares have their own personalities, just like people. So like people, I keep the compatible ones beside me and let the others go!

4. Describe your regime for keeping ponies.

My regime is very basic, believe me! I don’t have a fancy yard with gleaming cobbles. It’s a small set-up here, with a large, penned cow barn and 10 external stables. Plus, thanks to Covid, an unfinished arena.

It’s a very simple natural environment, with loads of field space and great shelter. I try and keep my ponies in their respective herds until they are three years old, unless sold earlier. They have minimal handling with maximum care as I like as natural an environment as possible for the ponies.

Pre-Covid, I would have said people were looking more for the finished product, or at least a three-year-old, but things have shifted a lot in the last two years. With more education and time on their hands, the buyer now wants to produce the pony themselves whether it’s a weaned foal or a two-year-old for in-hand showing, etc.

It’s good to see and it’s better for the breeder, plus the buyer gets to bond with the pony in its early stages. I believe that makes for a better team for the future.

It has to be a labour of love because you don’t get rich at this craic! I think most breeders set their standards and goals and if or when achieved, they outweigh the normal, mundane days. There are ups and downs like everything else, but we love it and keep ploughing on.

7. What incentives would you like to see for pony breeders?

Sadly, there are few incentives for pony breeders in this country. It should be taken as seriously as horse breeding is here. There are some super pony breeders here, we should be better supported and acknowledged. Limited competitive platforms are available in comparison to horses and when they are available, the competition pony lines are often diluted with warmblood horse blood and, in my mind, will they finish within pony height?

Longterm, this is not good for the future of the Irish pony either. We need to see more opportunities for the true Irish-bred pony, whether it is a foal or a loose jumping three-year-old. Let’s shout out loud for this or our Irish pony identity will be lost.

The best advice I got was to follow your gut and stop doubting yourself. So I did and Pine View Junior Boss was the result of it! Learning along the way. No one knows it all and I thoroughly enjoy when a breeder I don’t know rings up for a chat and it goes on for hours. The value of those conversations is so enlightening, encouraging and priceless.

I seldom show ponies myself now as I have a wonky back from all my falls, but the support and banter at the ringside is fantastic and you might even sell a pony.

Judging for me is so so enjoyable, as I just love to see the new youngstock out and the new, wee riders, who need all the encouragement and support they can get. I would stand all day, every day just watching them grow in confidence as they circle the arena. Children are very important to this industry, as are our youngstock.

At the age of 38, I went back to college for four years for more punishment and studied Theatre and Set Design for a Bachelor of Arts degree (Honours).

I was always fascinated by Greek mythology and what set design involved. I’m now studying Equine Assisted Learning in Festina Lente in my spare time, which I am really enjoying so much too.