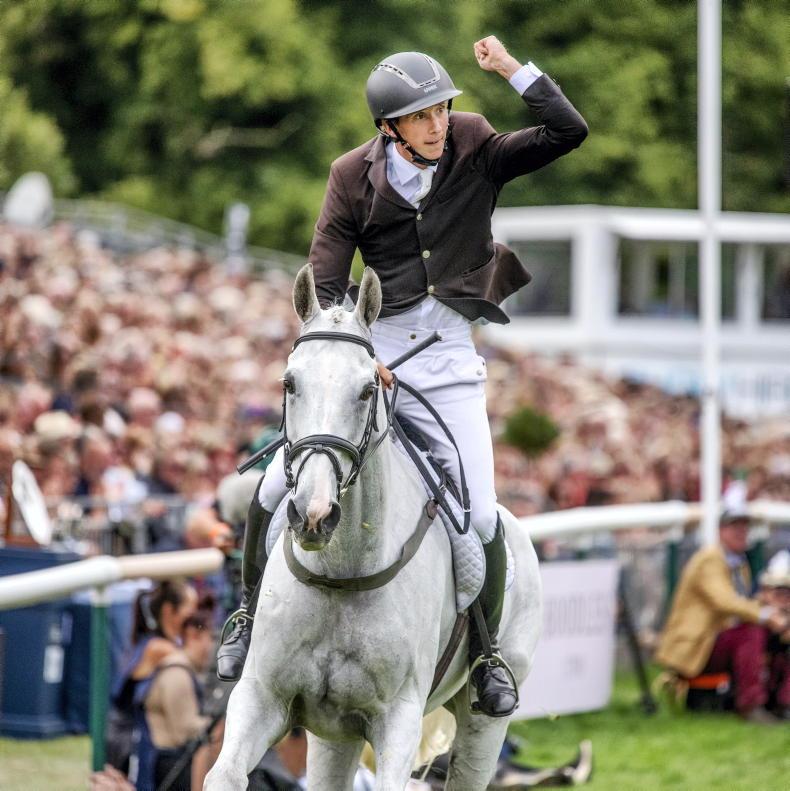 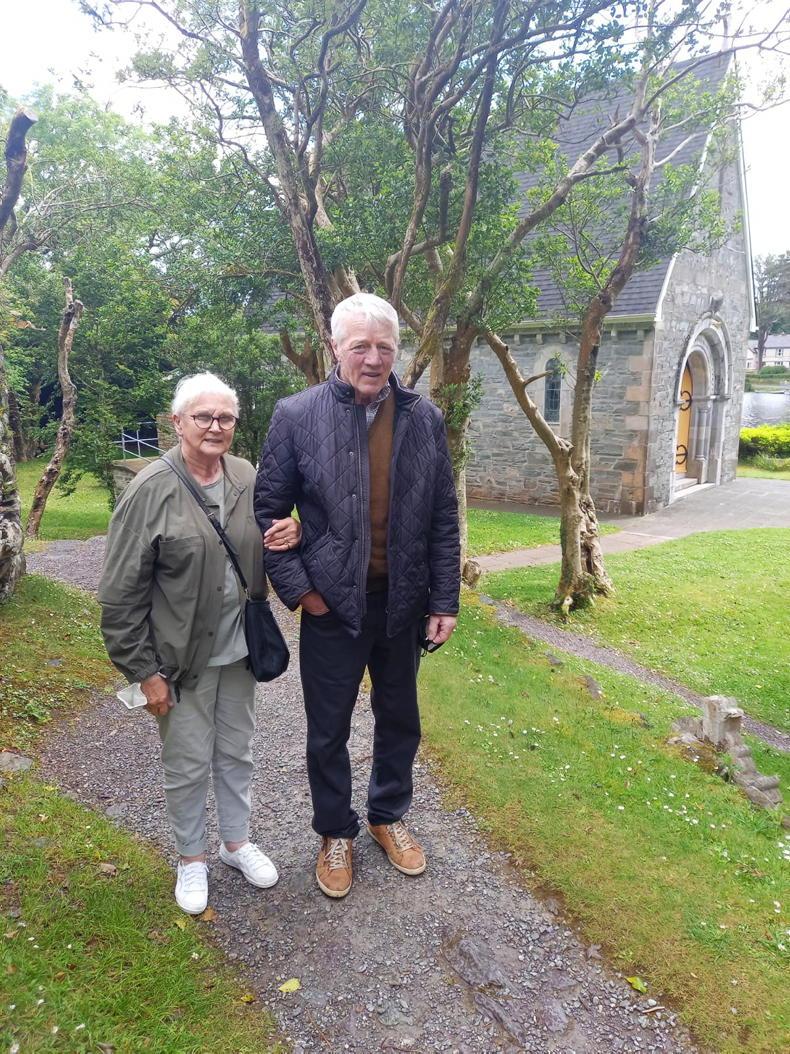 James Hickey, breeder of Alfie's Clover, with his wife Helen
Previous Next

MY name is James Hickey and I’ve lived in Kilbrien, Co Waterford all my life. I have been farming horses, sheep and cattle for 48 years and my son Benny is carrying on the tradition.

I’m married to Helen and I have six children; two daughters, Aoife and Eileen, and four sons: Kevin, Sean, Jamie and Benny.

If there’s any spare time off from the farm, I enjoy going to horse fairs, sales and races. Tallow and Ballinasloe are two regular trips and we have Tramore and Clonmel racecourses nearby

1. Congratulations on breeding Alfie’s Clover (Tajraasi - Aoife’s Clover, by Clover Hill) a top-10 Badminton and Burghley horse this year. Perhaps an easy question after Burghley, but was that latest result your proudest moment as a breeder?

My proudest moment as a breeder was seeing Alfie’s Clover rider Richard Jones punch the air with delight after two successful clear rounds in Burghley. It takes a special horse to be able to jump clear both cross-country and show jumping at five-star level and that horse continues to do so.

Four years ago, Richard invited Helen and myself over to watch them compete at Burghley as he lives just 15 minutes away.

That was a very kind gesture which we really appreciated and another proud moment watching Alfie’s Clover go round the most difficult of the five-star cross-country courses.

2. Tell us more about Aoife’s Clover.

Aoife’s Clover was the product of a few trips to Phillip Heenan – the proud owner of the sire Clover Hill. Myself and Benny made that journey up from Waterford to Tipperary for many years and it was an education. Philip was a gifted horseman and had an eye for matching up the right stallion and mare. His only ‘problem’ was he couldn’t be paid!

We used several of Philip’s stallions, including Ballinvella and Young Convinced, both thoroughbreds. Clover Hill was the main one of course, it didn’t matter if you had a Clover Hill colt or filly as they were both valuable. We’re getting to the last of the Clover Hills now but his name keeps coming up in pedigrees.

Aoife’s Clover was foaled in 1994 and was named after my daughter. She was out of a Hail Station - Rathlin Star mare, named April Princess, and she bred Alfie’s Clover, by the thoroughbred horse Tajraasi, 15 years ago. Tajraasi was imported by Sean Beston and the Walsh brothers from Clogheen, Co Tipperary.

3. You’ve a very traditional set-up, keeping a couple of broodmares on your dairy and sheep farm at the “foot of the Comeragh mountains”. Why do you breed sport horses?

Horses were always a big part of the farm. It’s both a love of horses and a family tradition.

4. How many broodmares do you have now?

We’ve a four-year-old mare by Tajraasi out of Carthy’s Cottage, a Puissance daughter of Aoife’s Clover, so she’s very closely related to Alfie’s Clover.

Then there is another Tajraasi mare, the five-year-old Conor’s Clover. Her dam is Carthy’s Cottage, so you have Tajraasi-Puissance-Clover Hill there in her pedigree. She has a filly foal at foot by Ulysses M25.

We have another Ulysses M25 colt foal this year out of our Irish Draught mare by Goldsmithcountry Oliver out of a Mountain Diamond - Dunkerrin Grey Mist mare named Vermount Irene.

There’s also two yearling fillies on the farm: a Sibon W filly out of Conor’s Clover and then a BCO Milton Z out of Kilbrien’s Brave Emma; she’s by the thoroughbred Sharifibad out of another Clover Hill mare I bred, Congress Clover. James Hickey, breeder of Alfie's Clover, with his wife Helen

5. Describe your regime for keeping stock.

All stock are wintered inside and fed on haylage and nuts. They spend the summer mix grazing alongside sheep and cattle on the farm.

Recognition for breeders is better than it used to be but a lot more needs to be done for the breeder.

There are a lot of parts to a good horse’s success; the rider, the owners, the producers, however, I feel it starts with the breeders.

7. If you could have bred any horse in history, which one would it be?

It would have to be Clover Hill. I think he is one of the greatest sires of all time.

I have four sons who all help out with the horses, going to the stallions and preparing for sales, etc.

The best advice I ever got was feed your foal from an early age.

I would like to see them properly protected. It is easier now than it ever was to trace and follow a horse you bred through the internet but if the name is changed, it gets more difficult.

But by doing so, at best, it makes it harder to identify the breeder who may have put in years of work building up family lines.