Title: BREEDERS’ 10 - Daphne Tierney: “Breeding is not for the faint hearted”

Daphne Tierney, breeder of the All Ireland champion Bloomfield Watergate, is next to answer Susan Finnerty’s questions 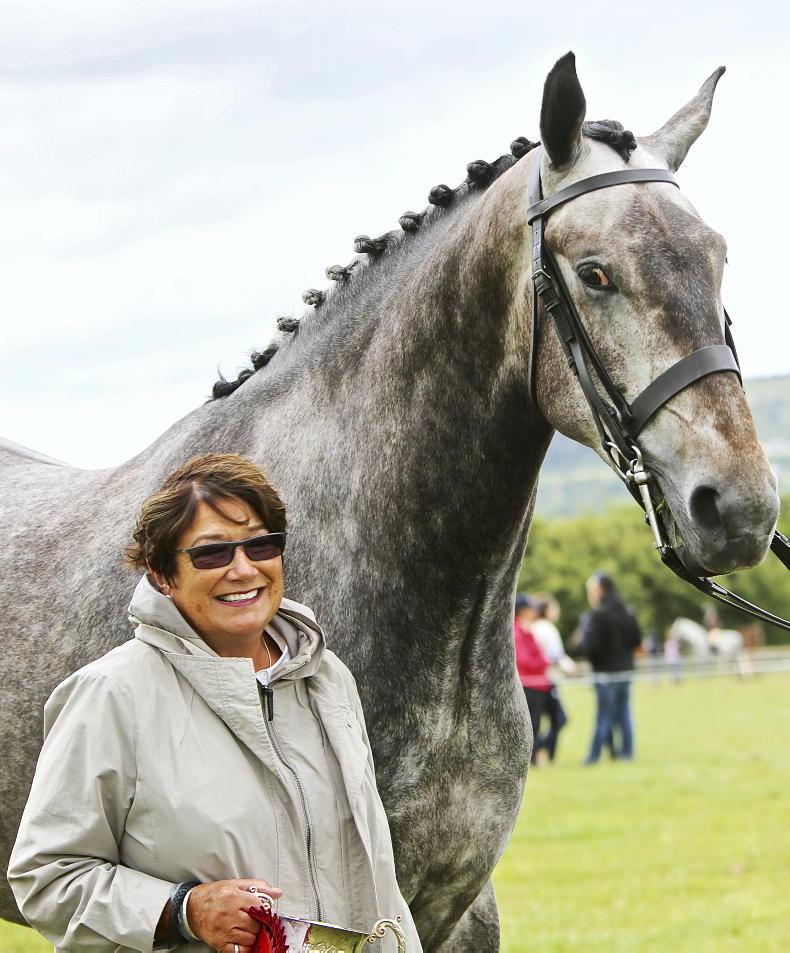 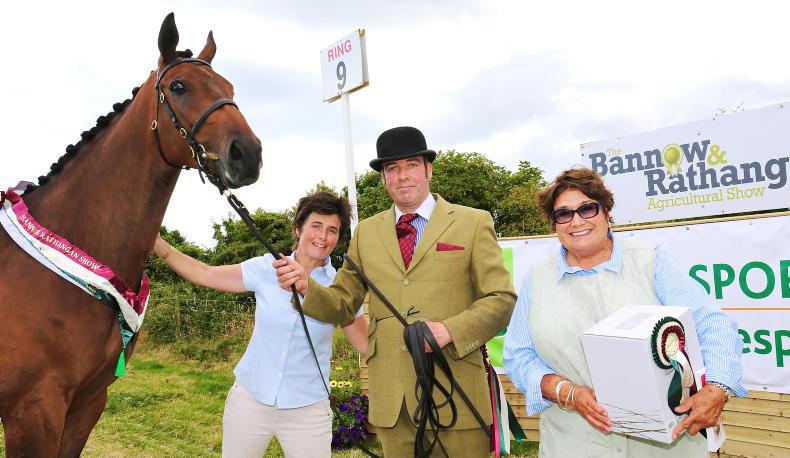 MY horse interest started as a child when living in Greystones, Co Wicklow. At that time, I had a chesnut cob called Clinker. Greystones was very rural then, and I rode him everywhere, and tied him up in my friend’s garden on my visits.

My family then moved to a farm, Castlegrange in Newcastle, Co Wicklow, where my father kept store cattle and some broodmares, which, in turn, started my interest in horse breeding.

Dad and I went to Tattersalls broodmare sale in 1997 with a plan. We were looking for a mare that had raced so she was sound of wind and limb, good temperament, substance and a good step, that we could cover with an Irish Draught – not a lot to look for!

We found Aerlite Classic, a chesnut mare by Aristocracy (like the great Strong Gale, another by Lord Gayle), that we felt ticked all the boxes as my foundation mare. She bred three Dublin champions for me: Bloomfield Rebekah (Sea Crest) and the full-brothers Bloomfield Ollie and Bloomfield Eulogy (Crosstown Dancer).

To this day, I am lucky enough to still breed from this line. Soundness of wind is paramount, and we are diligent with this factor in our breeding programme.

I met Jane Bradbury in the early 90s, when we sent her a mare to foal. Little did I know the journey we were about to embark on. Jane can turn her hand to anything. We speak every Sunday about the horses and I always finish our conversation by asking what she is doing for the rest of the day. Invariably, it’s work on the beautiful surrounds the horses live in – a lady with many talents.

Along the way, we have always had long discussions on our stallion choices and we both agree with our older favourites: Crosstown Dancer, Emperor Augustus, Financial Reward and more recently, Dignified van’t Zorgvliet and Watermill Swatch.

Some of my most wonderful days have been due to my horses, the best of those of course with the home-breds; namely Bloomfield Rebekah winning in 2004 the Pembroke Cup, middleweight cup and mare cup in Dublin; Bloomfield Ollie winning in 2011 the Dublin supreme hunter championship and in 2013, Bloomfield Eulogy winning the two-year-old Dublin championship.

My Bloomfield prefix, brought about by where I live, has done me proud with other horses also, including 15 Dublin champions, seven HOYS champions and six Balmoral supreme champions.

Breeding is not for the faint-hearted. It takes a lot of time, work, planning, highs and lows, to get what you want, and of course, you don’t always get what you want. We are constantly trying to upgrade the progeny and we are very aware that the horses we breed should be able to go in another equestrian direction, if necessary.

1. Congratulations on breeding Bloomfield Watergate, this year’s All Ireland three-year-old champion at Bannow & Rathangan. Tell us more about him.

Bloomfield Watergate is home-bred by Watermill Swatch. He’s the first foal out of Ballyconnery Bloomfield, a mare we bought from Noeleen Boderick in Waterford as a two-year-old. She’s by Ars Vivendi out of a Regal Sting dam. We never considered showing Watergate earlier, as he has been quite slow to mature. He was a lovely foal and he is coming back to that now. We’ve had quite a bit of success with Watermill Swatch, so it was nice to breed one too.

2. How many broodmares do you own?

We have four broodmares:

Katoda – a thoroughbred mare that Jane is breeding from. So far, she is exceptional in what she has produced: Ballinclare, Ballinameesda, and Bloomfield Breagura.

I love my in-hand showing. Unfortunately we seem to have had quite a few slow-maturing horses, so Jane and I have reconsidered our breeding plan a little. We’ve recently used Dignified quite a lot, his progeny seem to come to hand quickly with a good temperament. Bloomfield Breagura (Balmoral youngstock champion in May) is an example of this, and his full-sister, Katoda’s foal, appears the same.

We have another very exciting Dignified foal in Potters Pasture at the moment out of a Financial Reward mare. He also has great quality, step and charisma – all the attributes of a show horse.

5. Describe your regime for broodmares/youngstock.

The mares are kept out as long as possible in the winter with feed and good shelter. The youngstock come in around the 1st of November, are handled a lot and get out every day in pairs to paddocks. They are fed a balanced diet and good hay/haylage. 6. Do you think breeders get enough recognition?

Yes, I think the press give the breeder good recognition and Balmoral and the RDS are very encouraging with what they offer.

7. Most Irish show horses are sold to the UK. What’s demand like this year?

There will always be demand for a nice horse with a good step. David Tatlow helps us find a number of purchasers for our horses, and it’s so nice to see the Bloomfield horses go on so successfully. I think this is a lot to do with Jane, who never over-shows the horses, and is very patient in her production of them as youngsters, both in-hand and under saddle.

Jane Bradbury, then Johnnie Hagan, the farrier, calls very regularly to Potters Pasture. Wendy Anderson helps out from time to time at shows and Michael Lyons has come on board recently, as the led and ridden horses always clash. Margaret Kennedy minds the fort when the shows are on and from across the sea – David Tatlow, whose knowledge and experience is endless. And, of course, my husband Stephen.

My dad always said to me: “Don’t look back, as yesterday has gone.”

I really love my showing, and it has given me huge pleasure through my life. Several times I have been lucky enough to stand on the podium with Jane, in the RDS, as leading exhibitor – that’s a great feeling. 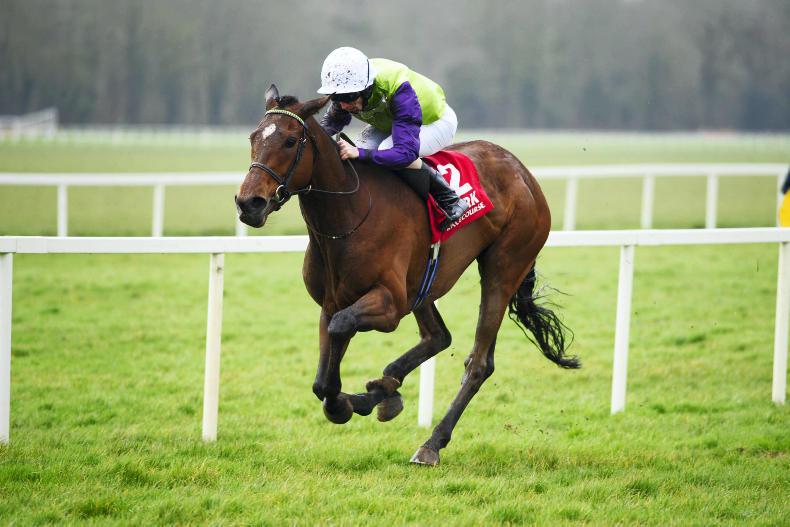 CORK SUNDAY: Bloomfield back on winning track
The ground was of serious concern at the Cork track but it didn't deter Bloomfield from victory and Allegio from storming home to win by 33 lengths 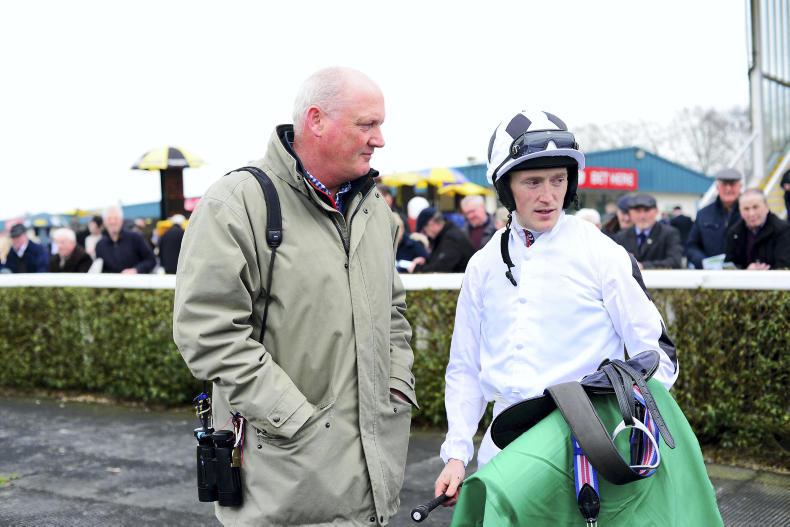 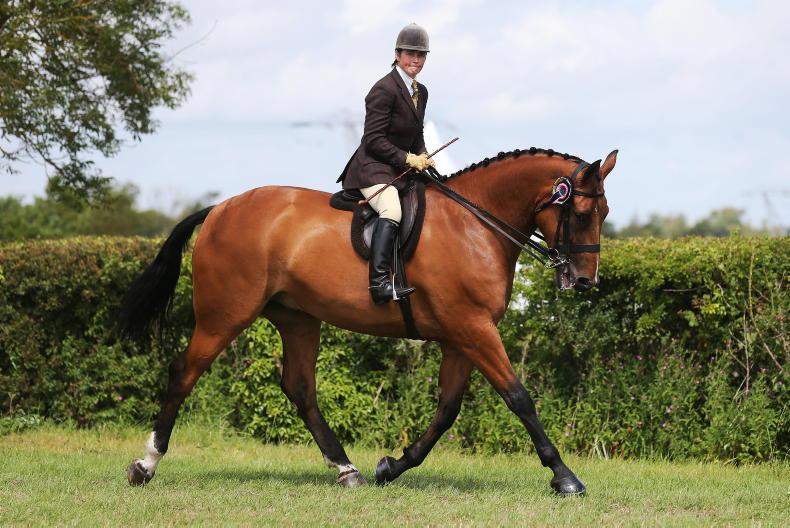