Title: BREEDERS’ 10 – Brian Daly: 'Always be the biggest critic of your own stock' 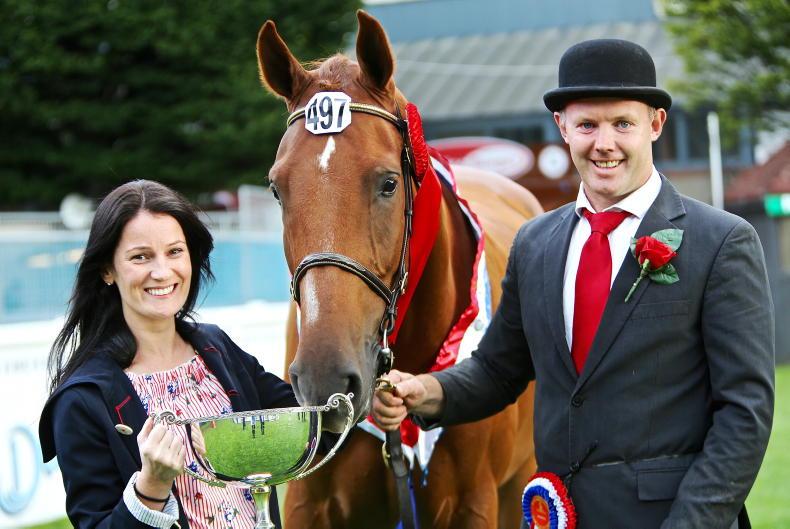 Brian and Paula Daly with their Newmarket Marley, winner of the potential event horse three-year-old final at Dublin in 2018 \ Susan Finnerty 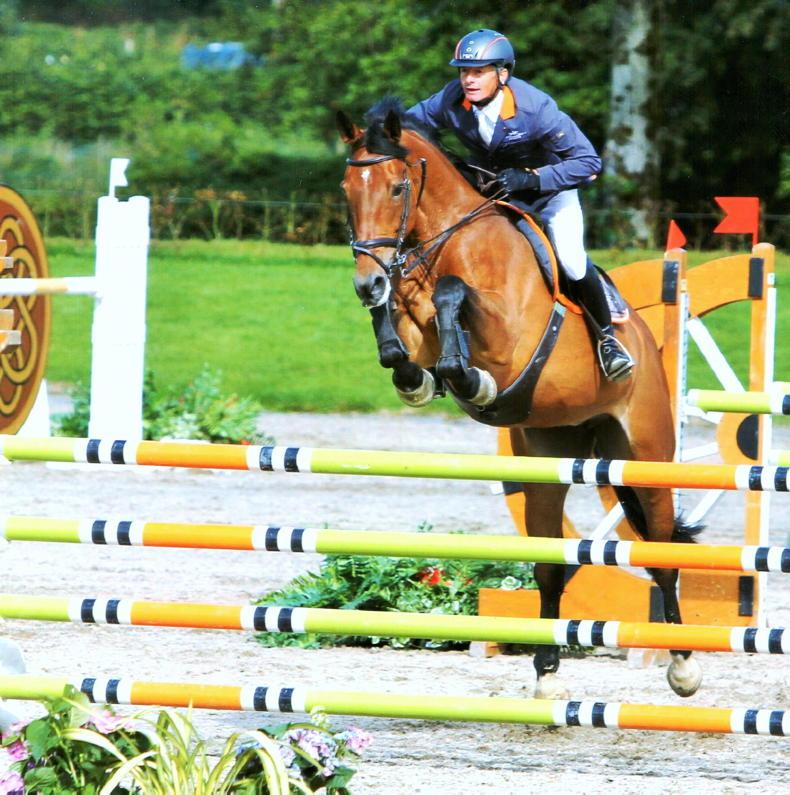 The home-bred Newmarket Clare Lady, by Newmarket Jewel, in action with Francis Connors
Previous Next

I’VE always lived in Newmarket, apart from a few years travelling - two and a half years in Sydney and 18 months in Boston. It was when I returned from those four years travelling, in 2004, that I got involved in horses.

While I was away, Dad had major developments done on the farm in Scarteen, where I now live with my wife Paula and our two children, Emma and Harry. Emma has always shown an interest in the horses but Harry would move into the stables if he was left!

We’ve always had a horse or two in livery competing, mainly mares which go on to become part of our breeding programme, such as Newmarket Girl, Newmarket Clare, Newmarket Clare Lady, Newmarket Sensation and currently Newmarket Solo, doing well in the HSI five-year-old classes.

We now trade under Scarteen Equine Farm with the same Newmarket prefix as usual.

1. The Daly family has been synonymous with Newmarket-breds, from Young Irelander prizewinners to Army Equitation recruits and young horse classes. How did it all begin?

Dad has been breeding horses for as long as I can remember. His first mare, from Stephen “The Cap” O’Donoghue, was swapped for a heifer! I do recall Dad buying another broodmare from Mick Hourigan, the home of Rhett Butler, mainly because I had to wait in the car for what felt like hours while the deal was done!

Interestingly, when I got home from Boston years later, I got two mares from Stephen. One - Touchdown Girl - who was the dam of Newmarket Marley, and the other was Glenamuckla Alana, who I bred Newmarket Caro from. She had multiple wins under Oliver Townend and is now competing in the US.

The broodmare herd was added to and as the years went on, the breeding programme has changed a lot. Years ago, mares were covered to a local stallion, then stallions standing all over Ireland, to now, where semen can be got from anywhere in the world, not to mention embryo transfer and ICSI.

There have been so many proud moments as a breeder. It usually starts with the safe arrival of an embryo that you worked so hard to get on the ground.

3. How many broodmares do you currently have?

We have 10 broodmares that we breed from and would keep approximately six recipient mares for embryos. Last year seemed to be a tough year breeding-wise so we only have five foals on the ground so far this year. The home-bred Newmarket Clare Lady, by Newmarket Jewel, in action with Francis Connors

We have some really special foals this year. A colt by Upsilon and a filly by Contendro – both from our newest broodmare Newmarket Annie, who is a full-sister to Annie Clover, a five-star event horse with Nicola Wilson.

I’m currently on foal watch with Bonmahon Clover Cress for the first Traditional Irish Horse foal to be bred here in a long number of years. In the first two generations of this foal’s pedigree will be Clover Hill, King of Diamonds, Sky Boy and Master Imp, so I would be hoping for a filly!

We also have two Heraldik colts for Mimi Falb, both full thoroughbred and well-related.

5. Describe your regime for rearing youngstock.

We always winter our stock indoors. With the part of the country we live in and the weather, they are usually in for up to five months. All of the youngsters are divided into age groups and kept together in big pens which have one side fully open, apart from the feed barrier, for plenty of fresh air.

The mares that are carrying foals have their own individual pens and the dry mares are kept in groups of five max, again in big pens.

There are so many bloodlines these days available that it’s hard to pick one. From a temperament point of view, we have always found Newmarket Venture progeny easy to train and all have been successful.

Indeed, it does take a team and sometimes even a village. Firstly, my wife Paula, whose patience and understanding allows me to juggle both work and horses which can be very time consuming – especially with late evenings and most of the weekends.

Both myself and Dad have our own roles and Dan O’Connor has been a huge help to us over the years. Also, the many producers that take horses from us.

8. If you could have bred any horse, which one would it be?

A horse that I would have loved to have bred would be Presenting, mainly because of the legacy he has left through his progeny and as a broodmare sire. Regardless of what discipline you are involved with in horses, you would know of Presenting.

9. What advice would you give to a young breeder starting off?

For anyone starting off in breeding it would be well worth investing in a correct mare with performance pedigree. Always be the biggest critic of your own stock. We are all guilty of seeing our own through rose-tinted glasses.

10. Any issues that concern you?

I have no problem with thoroughbred, warmblood or draught blood, but now we have the HSI foal championships and Breeders’ Championship bringing the blood percentage into the judging of these foals, with HSI awarding 10 bonus points for 70% blood or more.

It would be interesting to see the reaction at the next Olympics if runners from the organiser’s preferred countries were given a 10m headstart!