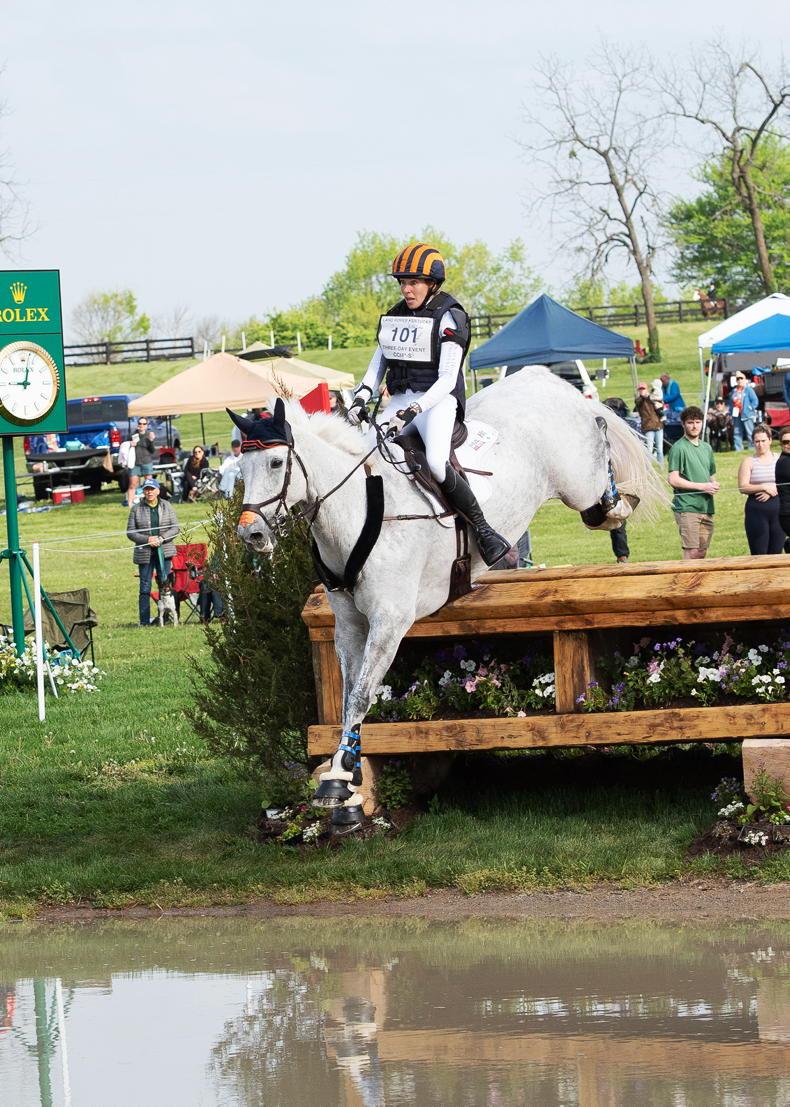 BASED in East Galway, I grew up on a farm with a love for horses. I bought my first mare with a view to ride and have fun with it. She wasn’t the easiest to manage so I decided to breed from her and from there my love of breeding horses began.

I quickly realised that to sell foals I needed more quality and better-related mares. I bought Lady Like (Landadel x Paradox), who was a full-sister to Luca who jumped internationally. Her first foal for me produced Candyman Leanorth (Tjungske) who competed to three-star level in eventing.

I then went in search of a good Irish mare and along came Kylemore Crystal (Creggan Diamond x Cloverhill). She was a lucky mare for me, producing quality horses. Most of them went on well and are still competing in England and the USA.

1. Congratulations on breeding Cooley Quicksilver (Womanizer - Kylemore Crystal), winner of the recent Kentucky CCI4*-S with Liz Halliday-Sharp (USA). Tell us more about him?

I bought his dam, Kylemore Crystal, from Olive and Ivor Broderick at Kylemore Stud. She was a 16.2hh dark bay by Creggan Diamond out of Mulls Pond, a Cloverhill - Middle Temple mare. In 2010, on the advice from the stud, I decided to use Womanizer and the result was a big blood colt that could really move. I broke him as a three-year-old, then hunted and schooled him cross-country as a four-year-old. I sold him at five and his career began from there.

2. Was that Kentucky result your proudest moment as a breeder?

It is well up there. Cooley Quicksilver also finished seventh as a seven-year-old at the World Breeding Federation for Sport Horses (WBFSH) young event horse world championships at Mondial du Lion.

Candyman Leanorth (Tjungske x Landadel), another horse I bred, and Cooley Quicksilver both finished in the top-10 at Millstreet International Horse Trials CCI3*. I also topped the foal sales in Goresbridge with a foal by Emilion x Landadel. They are all proud moments.

3. How many broodmares do you currently own?

At present I have two mares breeding: KMS Zavallient (Zavall VDL x Womanizer) and OSH Elegance (Tyson x Landadel). I have another mare, OSH Embrace (Glasgow Van’t Merelsnest x Landalel), out competing at the moment and will breed from her when she is finished in sport.

My aim as a breeder is probably the same as most breeders out there and that is to breed horses with lots of blood, a good brain and rideability that will go to the top with a very successful career in show jumping or eventing.

5. Describe your regime for keeping broodmares/youngstock.

Each year I out winter the broodmares and youngstock separately. Broodmares are kept beside me and are brought in for foaling. Youngstock are kept off farm on a good run of ground with haylage and good cover. Three-year-olds are kept in for the winter for handling and breaking.

I think breeder recognition is improving but needs to advance more in these challenging times. Maybe a percentage of the prizemoney from the bigger classes could go to the breeder, because every little bit helps. Also there needs to be more breeding and breeders on start lists.

7. If you could have bred any horse in history, which one would it be?

It would have to be Milton. I grew up watching this horse on TV. He won different show jumping events around the world and won the FEI World Cup final twice (Dortmund in 1990/Gothenburg in 1991). This horse showed class and he and his rider John Whitaker had an amazing bond.

I have my wife Siobhan and two daughters - Aimee (14) and Lisa (11) - who love getting up in the middle of the night when a mare is foaling. To see nature at its best and the look of sheer delight on my daughters’ faces makes it all worthwhile.

Kylemore Stud is my go-to for stallions and advice. They have been a great support to me down through the years. I also have an excellent farrier, Gabriel Freeney, who looks after my broodmares and youngstock and Paul Houlihan, a vet who is always at the end of the phoneline.

Jessie Hill, an equine dentist, takes excellent care of my horses’ teeth, which in turn ensures my horses are getting the nutritional value they need from their feed intake.

10. Thoughts on the role of the breeder in sport horse breeding?

Look after the breeder, because without us, there will be no sport horses.