Just one final step...
You must confirm your email address by clicking on the link we’ve sent to your email address.
You are only one short step away from reading 5 free Field+ articles.
BREEDER OF THE MONTH: December 2020

BREEDER OF THE MONTH: December 2020
By Leo Powell on 08 January 2021
Leo Powell profiles the four breeders shortlisted for the Connolly's Red Mills/The Irish Field Breeder of the Month for December 2020

BACK in March Westmeath native Cyril O’Hara, Ennel Bloodstock, enjoyed his first winner of a Grade 1 race at Cheltenham as a breeder when Monkfish won the Albert Bartlett Novices’ Hurdle. A winner second time out in point-to-points, Monkfish won three of his four starts over hurdles and was runner-up on his only bumper start.

Now the seven-year-old is unbeaten in both his outings over fences, being impressive when landing the Grade 1 Neville Hotels Novice Chase at Leopardstown.

Sold for €12,500 as a foal at Tattersalls Ireland to Furziestown Stables, he made a nice profit when resold by Richard Busher for €36,000 to Monbeg Stables at the Derby Sale. His bumper win saw Cormac Doyle benefit tremendously when, at the 2018 Cheltenham May Sale, he sold Monkfish to Harold Kirk and Willie Mullins for £235,000.

Monkfish is the best produce so far from Martovic who was placed a few times for Kim Bailey, and he is the grandson of the very smart racemare Martomick (Montelimar). Also trained by Bailey, this nine-time winner, the majority coming over fences, was runner-up to Monsieur Le Cure in the Grade 1 Sun Alliance Novices’ Chase at Cheltenham and to Merry Gale in the then Grade 2 Martell Cup Chase at Aintree. A listed chase winner, she was a winning graduate too of the point-to-point sphere.

Monkfish is a son of Stowaway, once the busiest sire in Ireland during his time at Ronnie O’Neill’s Whytemount Stud.

Colreevy (Ire), 2013 f. by Flemensfirth out of Poetics Girl, by Saddlers’ Hall

The home-bred Colreevy took on the boys at Punchestown in 2019 and, a year after she won the Grade 3 Weatherbys Liss A Paoraigh EBF Mares’ Bumper at the 2018 Festival, she stepped up to capture the Grade 1 Racing Post App Champion INH Flat Race for owner and breeder Niall Flynn and his family in Five Naughts Stud.

A winner over hurdles, she has now gone on to a second Grade 1 success, this time in the Matchbook Betting Faugheen Novice Chase at Limerick.

The daughter of Flemensfirth is the fourth foal and one of five winners for Poetics Girl, her fifth being point-to-point winner January Jets who also won over fences at Leopardstown over Christmas. Their other siblings include the 2018 Grade A Munster National winner Spider Web, and Runfordave who was placed in Grade 2 hurdle races at Punchestown and Fairyhouse.

Poetics Girl’s half-brother Snap Tie won a Grade 3 hurdle race at Punchestown, was second in the Grade 1 Christmas Hurdle at Kempton and third in the Grade 1 Supreme Novices’ Hurdle at Cheltenham. Another half-sister is the unraced Bobs Star and her winners are headed by Joanne One, successful in the Listed ITBA Mares INH Flat Race at Navan.

Poetics Girl is a daughter of Aries Girl who was runner-up to Fortune And Fame in the AIG Europe Champion Hurdle when it was run at Fairyhouse. Colreevy’s third dam Ravaro won the Irish Cesarewitch, a number of listed hurdle races and was runner-up in the Grade 1 Stayers’ Hurdle at Cheltenham.

Sent to stud, Turkish Spice produced three winners, but it has taken more than six decades for the next significant winner in these parts to appear in the family.

Turkish Spice is the fourth dam of Lillymile, a Sean Murphy homebred, and that winning point-to-pointer went on to win a couple of hurdle races when trained by Pauline Gavin. Now Lillymile features as the dam of Flooring Porter, the Co Galway-based Sean Murphy-bred son of Yeats who added the Grade 1 Christmas Hurdle at Leopardstown to a previous win in the Grade 2 Proudstown Hurdle at Navan. This was the fifth win in 14 starts, all over hurdles, for the six-year-old whose younger siblings include a four-year-old gelding and yearling filly, both by Elusive Pimpernel. Lillymile will be ready for an early cover in 2021.

Sean, current chairman of the Irish Thoroughbred Breeders’ Association’s western region, is thrilled to breed a Grade 1 winner and he will race Flooring Porter’s just turned five-year-old Tobougg half-sister – unless a suitable offer comes his way! He is also hopeful that he will be able to celebrate some of Flooring Porter’s future successes in person.

Appreciate It (Ire), 2014 g. by Jeremy out of Saint Baronne, by Saint Des Saints

BRED by Frank McNulty and partners, Appreciate It glided to a nine-length victory in the Grade 1 Paddy Power Future Champions Novice Hurdle.

Appreciate It is yet another reminder of what a good stallion Jeremy was, and he joins Our Conor, Reserve Tank, Whiskey Sour (who also won this race) and Jer’s Girl as a Grade 1 winner. Jeremy started his career at the Irish National Stud before moving to Garryrichard Stud.

Another graduate from the point-to-point sphere, this Grade 2 bumper winner, who was runner-up to Ferny Hollow in the Grade 1 Weatherbys Champion Bumper, was sold as a foal at Tattersalls Ireland from Vanessa Rouzier’s Charel Park Stud for €18,500 to Apple Tree Farm and resold two and a half years later at the Derby Sale for €60,000 to Suirview Stables.

Appreciate It is the best of three winners for his dam who was placed on all her three starts in bumpers, beaten just a neck on her final outing at Limerick. She raced in the colours of Frank McNulty and is also dam of Danny Kirwan, a point-to-point, bumper and hurdle winner who ran second in the Grade 2 Kennel Gate Novice Hurdle at Ascot. Sainte Baronne’s 2020 foal, a colt by Jukebox Jury sold to Richard Rohan for €70,000 from Charel Park. 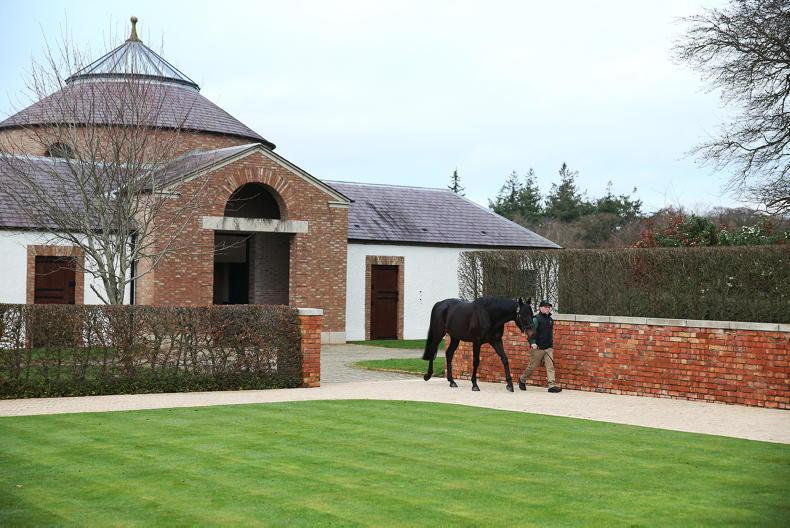 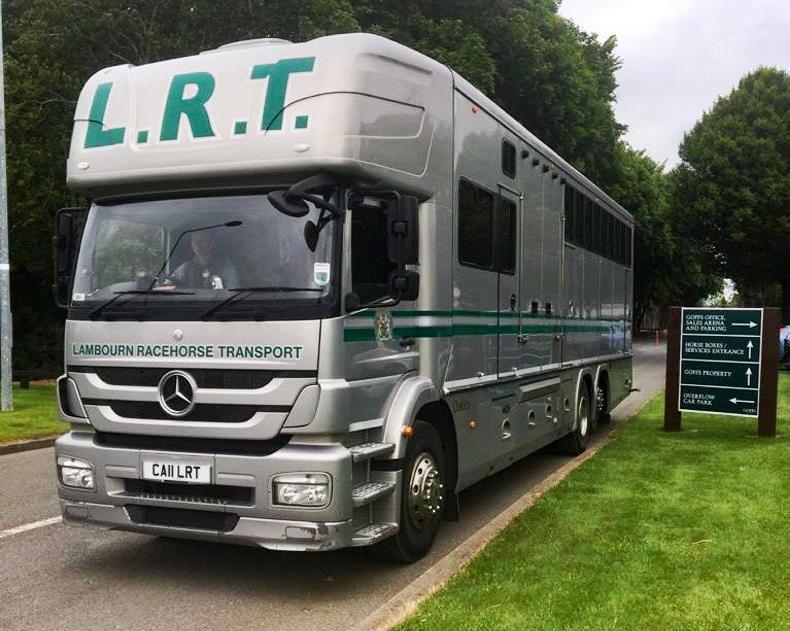 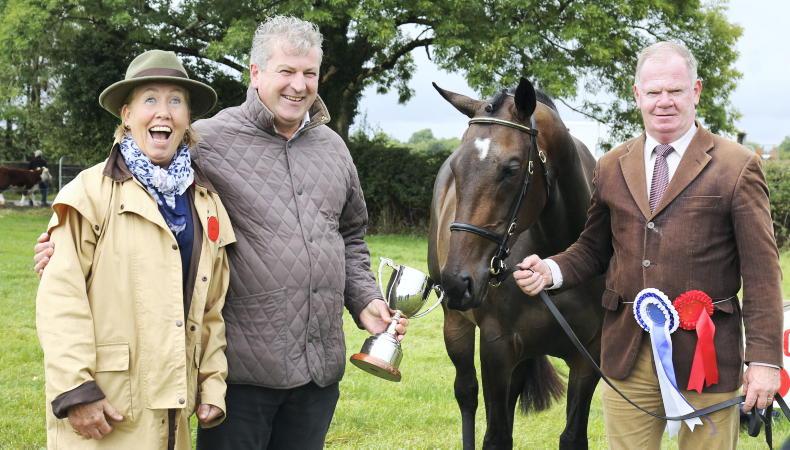 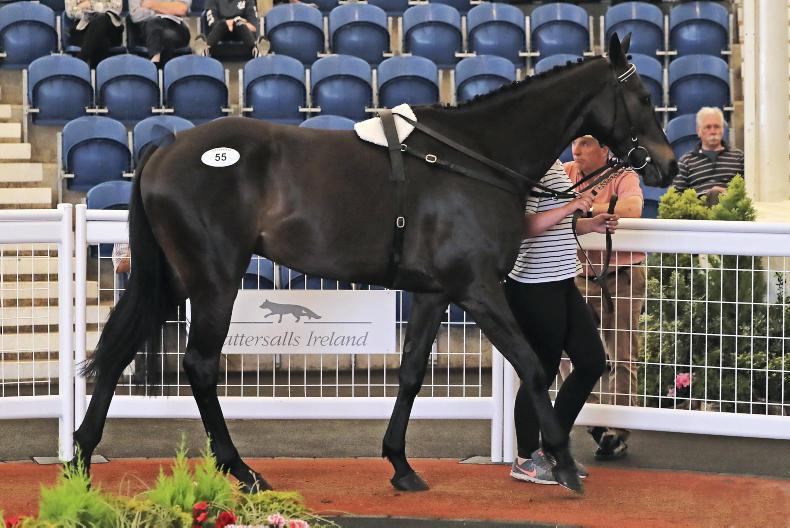 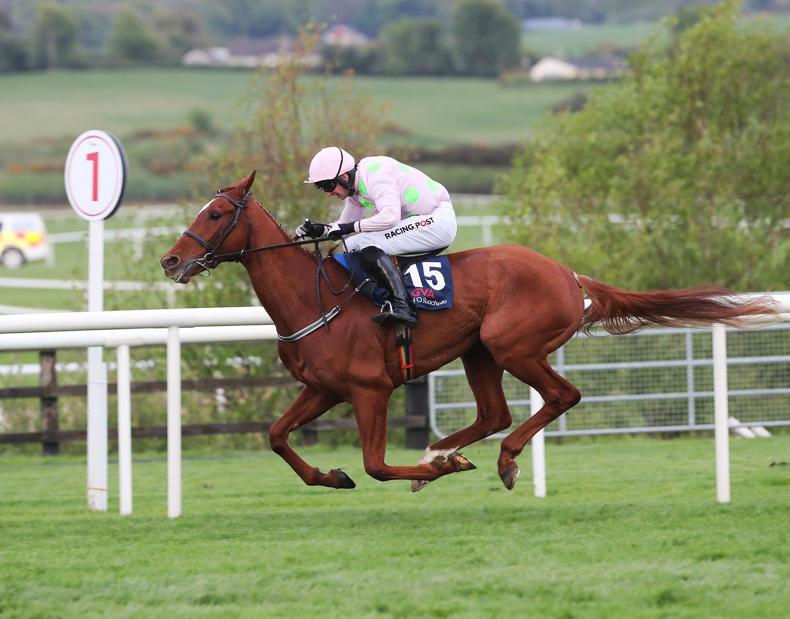