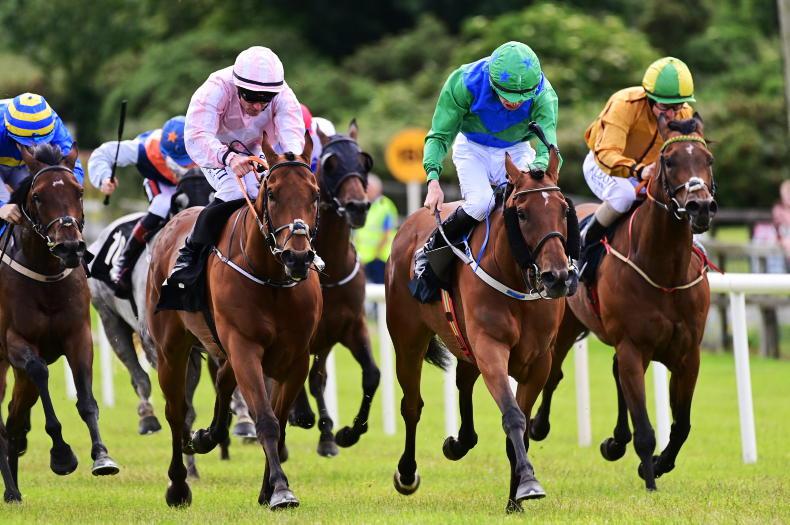 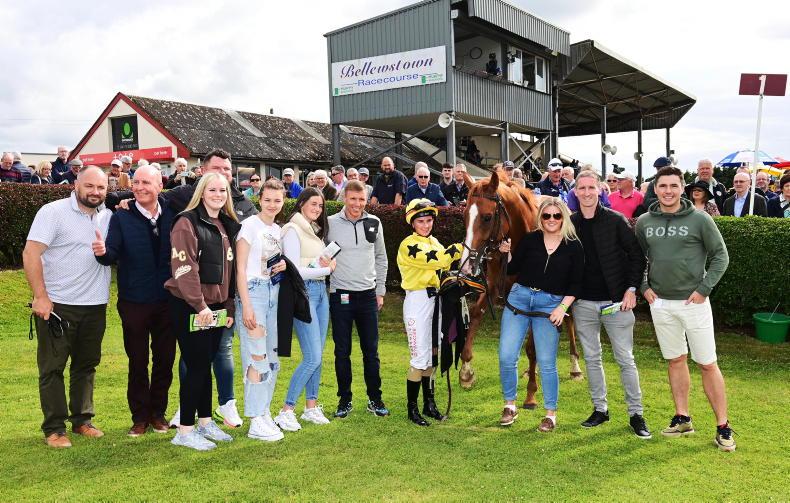 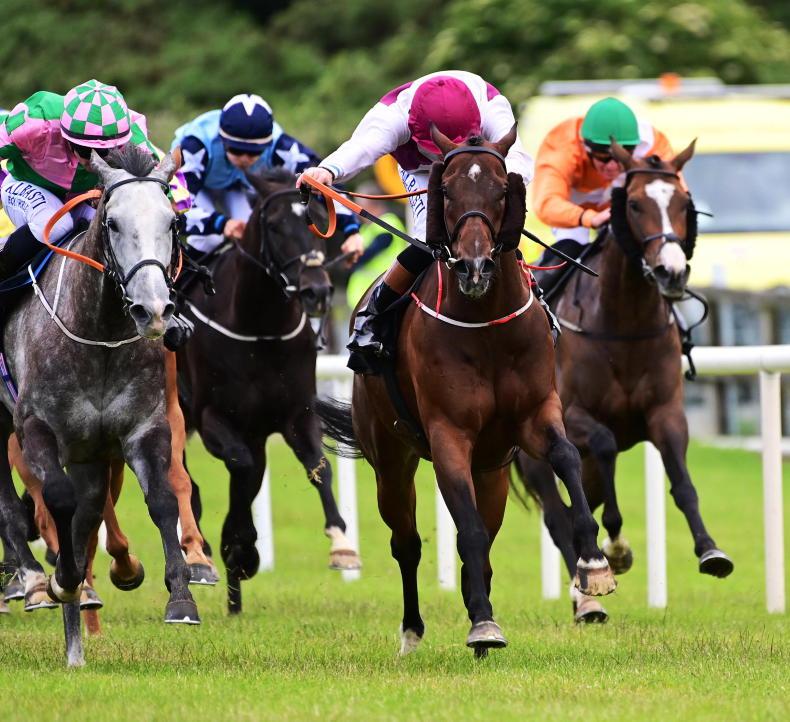 The Bog Bank made the breakthrough for the Stamullen-based trainer in the first split of the Peadar Kearney’s Pub Handicap over an extended seven furlongs.

This was her 30th career start and 7lb-claimer James Ryan sent her into contention approaching the final quarter of a mile. The five-year-old mare soon grabbed the lead and was kept up to her work to deliver by three-quarters of a length at 17/2, from 12/1, for Hugh O’Brien, Loughlin Flynn and J.B. Tolan.

McCourt said: “She has been unlucky. She’s an honest, little filly and she tries hard. She just gets a bit outpaced at times and comes home well. She flew home in Gowran Park the last day. She’s better from a wide draw, she just doesn’t get away well enough.”

Elaine Shevlin and Denise McCourt’s Charming Lady (4/1) brought up the brace in the Irish EBF Auction Series Maiden for juveniles.

The complexion of the race changed when odds-on favourite Polar Bear was taken out before racing began due to the change in going to yielding.

Charming Lady who had finished a couple of places behind Polar Bear in sixth at Fairyhouse was ridden by 7lb-claimer Robert Whearty. The pair were strong in the final furlong as they took the honours by a length and a half from Hilltop Gold.

McCourt said: “I gave her a chance in Fairyhouse but she ran with the choke out a little bit early on. She seems to have learned plenty from it. She’s a lovely filly and we’ve always thought a bit of her. She’s big and you would imagine there is improvement in her.”

JOSEPH O’Brien was also at the double as he bookended the eight-race card. The opening Irish EBF Median Sires Series Fillies’ Maiden went the way of even-money-favourite All Things Nice after a tussle with newcomer Semantics.

Semantics made rapid headway to join the leader All Things Nice at the three pole, but it was the latter who took a slight lead in the furlong and kept on best to score by a head.

Jockey Mikey Sheehy, in the E S Racing silks, said: “I made the running on her and nothing was helping me at all during the race. I was always asking her to give me that bit more but, when Colin (Keane on Semantics) came around me at the bottom of the straight, in fairness she put her ears back and she was really good and tough.”

Tom Hamilton steered O’Brien’s 4/7 favourite Benaud to a facile success in the concluding Seamus Mulvaney, Crockafotha (Q.R.) Race. The 102-rated son of Australia drew right away from his rivals once he hit the front a furlong and a half down.

After passing the post six lengths to the good for J.P. McManus, Hamilton said: “They went a nice even gallop, they even went quick early and I gave him a chance and, as soon as I pulled him out, he had the class to quicken up and did it very nicely.”

The Pargey Bee ‘a late bloomer’

SIOBHAN Rutledge was strong on The Pargey Bee in the Thank You Jim Corcoran Handicap over the extended seven furlongs. The 5/1 shot was ridden to challenge a quarter of a mile out and got his head in front in the final 100 yards to score by half a length for the B Racing Syndicate.

Trainer John McConnell said: “He does have a think about the game, I think he is a bit of a deep thinker. He likes to have a cigar before he puts his head in front! He did it, though, and he did it without headgear so you can’t fault him. He’s maybe just a late bloomer mentally, but hopefully the penny might drop now.”

Owner/trainer Luke Comer’s Sod’s Law had an eventful time before the second division of the Peadar Kearney’s Pub Handicap, but in the end brought up plenty of bets as he was backed down from 22/1 to 12/1.

The seven-year-old gelding was under pressure towards the rear, but made his move racing to the final couple of furlongs.

When Barnhill Rose tied up in the closing stages, he was ready to strike and kept on strongly to prevail by half a length as the leader dropped to fourth.

Assistant trainer Jim Gorman said: “This fella is an enigma, he has plenty of ability. As you can see, he wouldn’t go early. He was pushing and shoving him and everything else. He stood on my toe and broke my toe before he went down and hopped Chris (Hayes) off the rail and nearly broke his toe too. He gave him a great ride and persevered.”

Shabaaby sweeps through in top form

SHABAABY (10/3), who held a rating in excess of 100 a couple of years ago, signalled a return to form when second in Down Royal and built upon that in the Indaver Ireland Handicap.

Donagh O’Connor’s mount swept through to lead in the final 150 yards and ran on well to assert by two and a quarter lengths for David Spratt.

“He probably had the form to do something like that. I was very happy with his run in Down Royal, he was arguably a little bit unlucky but I think he might have bumped into one up there,” trainer Johnny Levins said.

“He came out of the race really well and we decided to give this a crack. We are on a bit of a roll and long may it continue.”

Tronador raced past his rivals on the outer to win the McNallys Pharmacy Duleek Handicap for Gordon Elliott. The 5/2 favourite powered home by a length and a half for owner M.J. Wasylocha.

Stable representative Lisa O’Neill said: “Colin (Keane) was good and strong on him, he can tend to be a bit slow away but he got him rolling coming up the straight and pulled him out wide.