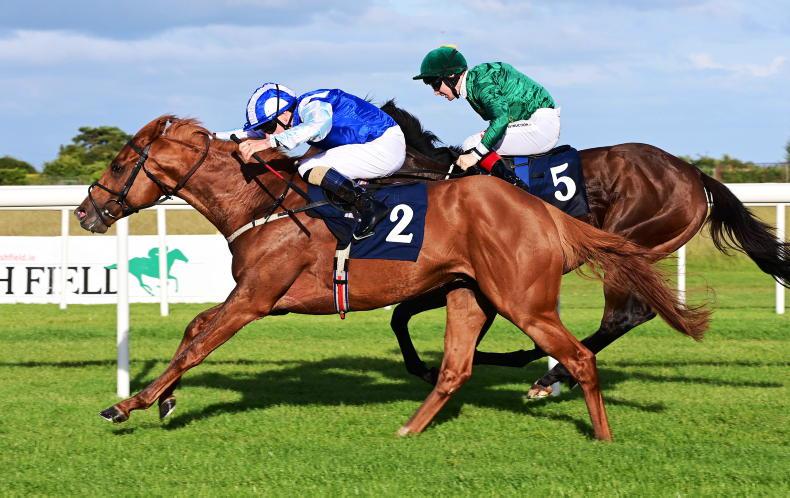 Beamish puts his unbeaten record on the line in the Grant Thornton Ballyroan Stakes at Leopardstown on Thursday. He was an impressive winner on his racecourse debut at the Foxrock venue last summer. The Teofilo colt then doubled his tally on his return from 11 months off the track at Killarney in May and went on to complete a hat-trick after successfully graduating to Listed class in the Lenebane Stakes at Roscommon on his latest appearance.

His trainer Paddy Twomey now steps him up to Group 3 level.

He said: “He’s a nice horse with a progressive profile and hopefully he can continue in that vein.

“He got his first rating after his last run of 107, so he’s obliged to progress now.”

Beamish is one of nine horses declared for the mile-and-a-half contest, with Noel Meade’s Layfayette the highest-rated runner. Layfayette has already won the Listed Devoy Stakes, the Group Three Alleged Stakes and the Group Two Mooresbridge Stakes this season and was last seen finishing fifth in the Hardwicke at Royal Ascot.

That defeat came over 12 furlongs and while he has done most of his winning over 10 furlongs, Meade rolls the dice once more over the longer trip due to a lack of opportunities.

“He is in good form, but it is hard to find a race that suits, so we decided to have a go at this,” said the Tu Va handler.

“He has been brilliant this year for us, but there is a bit of doubt now about going into a mile and a half again. I always thought he would be better stepping up, but he didn’t seem to get home in Ascot. Maybe that was the ground, so we just thought we’d try it again.”

Chester Cup winner Cleveland makes his first start for Joseph O’Brien after switching from father Aidan O’Brien’s Ballydoyle yard and is joined by stablemate Gear Up.