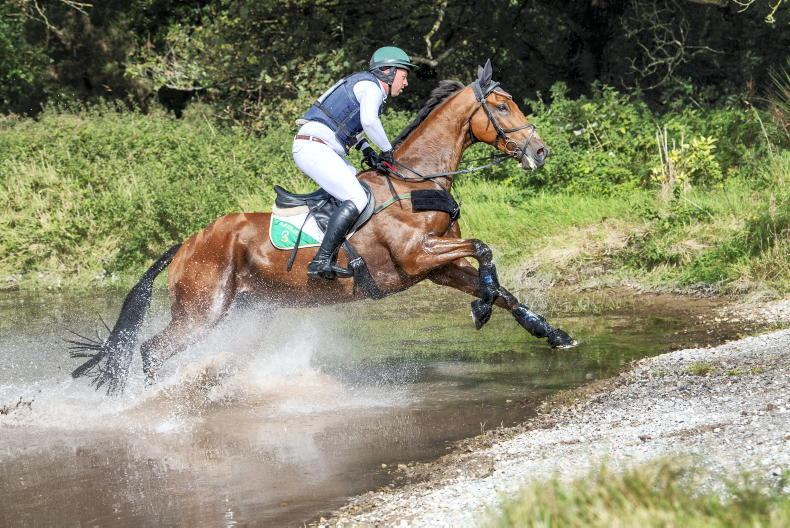 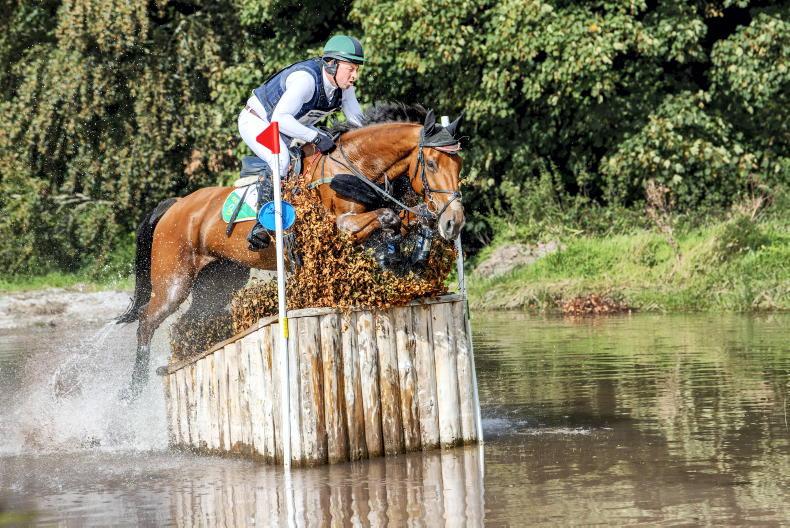 DARAGH Byrne has endured a frustrating season with Kilcannon Ramiro but all came good last Sunday at Ballindenisk where, in the drama-filled NutriScience CCI4*-L, the 25-year-old recorded his first international success on his father James’s Irish Sport Horse gelding.

There were just eight starters with the visiting trio of Britain’s Sarah Gairdner on Chillis Gem (30.5), New Zealand’s James Avery on Sportsfield Lord Livesey (31.8) and Britain’s Ali Wilkes with Social Butterfly (31.9) filling three of the top four places after dressage. The ground jury of Seppo Laine (C), Judith Eisnecker (M) and Yvonne Monahan (B) had Co Meath’s Lexi Kilfeather lying second at this stage with Lord Of The Morning on 31.6. There was plenty of drama on Saturday as there were three retirements across the country and only three horses came home without jumping penalties.

Social Butterfly was never going and, having stopped at the first, was retired at the second. Chillis Gem had a run out at fence three, an A frame brush fence, but Gairdner made up a considerable amount of time (8.4 penalties) to finish day two on a total of 58.9. Sportsfield Lord Livesey glanced off the second of the double of corners at nine and retired at 15, the bullfinch, while both Lord of The Morning and The Quizmaster picked up 20 jumping penalties at fence 13, the three-part HSI angled brushes and ditch.

Unfortunately for Co Down’s Joseph Murphy, The Quizmaster had managed to get his tongue over the bit and while the rider tried to continue, he was forced to pull up the Dutch Warmblood gelding three fences later and retire.

Of the five left to take on the Tony Hurley-designed show jumping track on Sunday, Kilfeather went clear, but with time faults, to finish fifth on Lord Of the Morning (81.2); following a slow cross-country round and two show jumping time penalties, Co Kildare’s James O’Haire placed fourth on Dalestown Castlebar HFS (65.3) who jumped a double clear on his debut at this level. A pole down added to Gairdner’s jumping woes but she still managed to finish third on Chillis Gem (62.9), while Co Cork’s Michael Ryan also picked up four jumping penalties, and 1.6 for time, with Carol and Tom Henry’s TR Kaygraff, completing on a three-phase total of 57.1 for second or better. Better didn’t look at all likely as Byrne and Kilcannon Ramiro entered the ring on a score of 42.8 however, they needed that cushion as they lowered three fences to finish on 54.8.

“That was the first four-star-long I ever did and to win my first international was just brilliant,” said Co Meath-born Byrne who lives in Co Tipperary and rents a yard near Killenaule from former event rider Patrick Kennedy. “Most of the time, I’d have 10 to 12 horses in work. I’ve a nice string of competition horses and also do sales prep.

“My girlfriend, Alison Connolly, gives me a hand and a couple of lads who have a horse with me give me a dig-out if I need one. Unfortunately, Kilcannon Ramiro gave himself a nasty cut before Millstreet in the spring. He had to be stitched up and has a nice bit of a scar to show for it. I got him back for the second national event at Kilguilkey, where he won the Open Novice, and then, shortly after that, I took him down to Millstreet where we finished 15th in the three-star-short. I’d done a good bit on his fitness last year and he didn’t take long to come to hand so I knew he’d be fit enough for the 11 minutes here.

“Michael McNally has given me a lot of help with the horse to get him up through the levels and I would to thank him for coming down for the weekend as he gave me that extra bit of confidence. I’d also like to thank my parents, James and Lelia, for their support over the years. Dad and I bought this fellow as an unbroken three-year-old at Goresbridge and, as he was so big, we had to take things slowly with him, stepping him up each year. I don’t think Dad has ever missed seeing the horse compete – he’s his pride and joy!”

There’s nothing too surprising about the winner’s breeding as the 10-year-old is by Ramiro B and was bred by Mary Bolger at her Kilcannon Stud, Enniscorthy. He is out of the Kildalton King mare Flick Princess whose previous produce include Selina Milnes’s former ride Ali De Taldi (CCI4*), a chesnut son of Taldi.