Just one final step...
You must confirm your email address by clicking on the link we’ve sent to your email address.
You are only one short step away from reading 5 free Field+ articles.
AUSTRALIA: Exciting Days as Condon's grey ready to take on Winx

AUSTRALIA: Exciting Days as Condon's grey ready to take on Winx
By Jeremy Greene on 06 April 2018
Jeremy Greene gets the latest from the Success Days camp, as the six-year-old is being readied for the race of his life in Royal Randwick racecourse

KEN Condon’s Success Days is set to follow in the hoofprints of Gordon Lord Byron as the second ever Irish-trained horse to run at the Championships meeting at Royal Randwick in Sydney. There he will take on Australian wonder mare Winx, who is bidding for a 25th consecutive win, 18 of which, have been achieved at Group 1 level, in the Queen Elizabeth Stakes.

Credit the initiative: many connections of Winx’s peers in Australia decline on the prospect of taking on the record-breaking mare in front of her adoring public. But that tallest of reputations hasn’t stopped Curragh trainer Ken Condon and owner Robert Ng accepting an invite from the Australian Turf Club to contest the 10-furlong contest on April 14th with their brave grey, a regular presence in stakes races in these parts over the past three years.

Success Days will have been in Australia for about three weeks by the time he enters the stalls for the €2.48 million Group 1 feature and having that time to prepare is crucial in terms of recuperating from the journey and becoming accustomed to the new surroundings.

“He was pretty fit when leaving our yard to fly down there. We were conscious of the fact he would lose weight on the journey, which was 32 hours long. But reports are the facilities are fantastic where he is at Canterbury Racecourse in Sydney and he couldn’t be in better hands than with Stephen McCarthy,” said Condon, who boards his own flight to Australia today.

Speaking on Wednesday, able deputy McCarthy added: “He is in tremendous order. Most of the work was done with him before he came out to Australia. We knew we would have to give him plenty of time to acclimatise and get over the flight. It is such a long trip. All the weight he lost he has put back on and he’s in great shape now at his fighting weight.

“The idea was that we could ‘put him in the microwave’, so to speak, closer to the race and everything looks on track. He was in Newmarket in quarantine for two weeks plus before he came out and one day he had a gallop on the Al Bahathri gallop there. Martin Harley rode him and gave his work top marks.”

Ross remarked: “We now have a very generous offer to international connections to take part in the Sydney Racing Carnival. We also offer prize-money for well-performed horses comparable to other leading racing jurisdictions. This includes flight subsidies, world-class training facilities and groom assistance on the ground.”

Praise for the ATC hosts has been effusive from trainer and assistant, with McCarthy noting: “I have to say the facilities are excellent and the Australian Turf Club just cannot do enough for us. There are two Japanese horses here as well and we have the whole place to ourselves. We can work on the grass track or on the all-weather inside that and the horse is very happy with the sun on his back.”

Success Days might be lapping up the rays for now, but it is no secret that he benefits from some juice in the ground on raceday.

As such, it comes as some disappointment to connections that the weather in Sydney for the next week or so does not hold promise for huge amounts of rain. A shower here or there is in the offing, but not the soaking that saw previous editions on this meeting run a heavy tracks.

“I’ve been speaking to Greg Carmody who manages the surface at Canterbury and he says the Sydney tracks always try to be rated a ‘Good 4’ – that is, a track with some give in it,” McCarthy said. “If there is rain the night before or during the day, the tack might be rated a ‘Soft 5’ or ‘Soft 6’ which might suit our horse more than some of the locals. But there is not much we can do about it. I’m riding him in the mornings and he feels great on the ground. There is a lovely cover of grass, he can get his toe in a bit and he’s ticking away fine.”

Success Days holds an entry for the Tattersalls Gold Cup at home on the Curragh at the end of May and the intentions are he will take it up, provided he comes out of his Aussie mission and subsequent travel in good order.

Condon added: “That’s the idea, to bring him home. When the invite came we thought we should take it, take the chance when we had it. Full credit to Robert for accepting the challenge – he has an international profile with horses in his colours in Singapore, Hong Kong and Australia and it’s great to be able to campaign this horse for him in such a prestigious and valuable race.”

The grey son of Jeremy will breeze on Tuesday with Condon on hand at Canterbury under a local Australian senior jockey, yet to be determined. What has been ascertained, however, is that Hong Kong’s champion jockey, Joao Moreira will take the ride so he shouldn’t want for assistance from the saddle.

Summing the mission up, Condon concluded: “On his best form at his best conditions he would have a chance of being in the first three of four. He has been running solidly to a mark of 113 or 114 over the past few years and we feel he is still at that level.

“Also, he seems best fresh. He’s the kind of horse that less is more with him and Stephen says he loves it down there. It’s very exciting to be part of it and he has been prepared as best as he possibly could. A drop of rain wouldn’t go amiss but we can only do so much.” 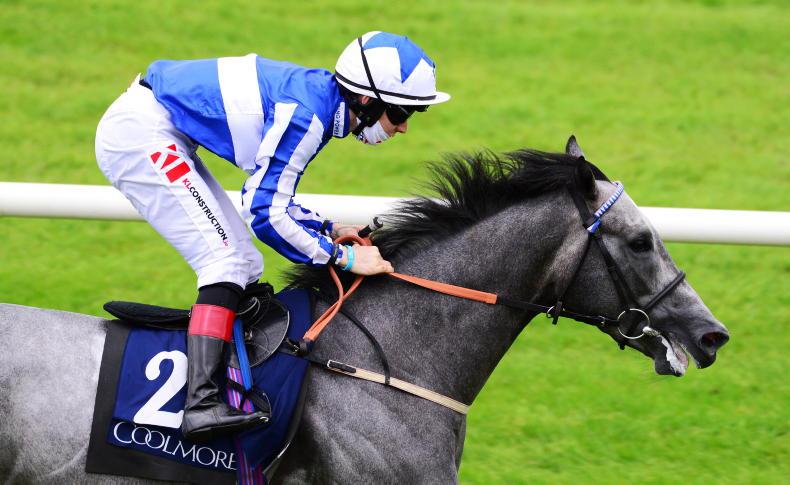 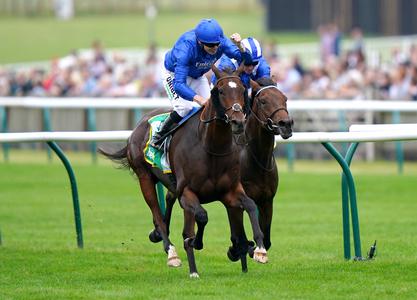 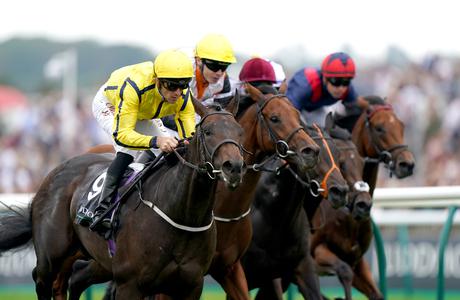 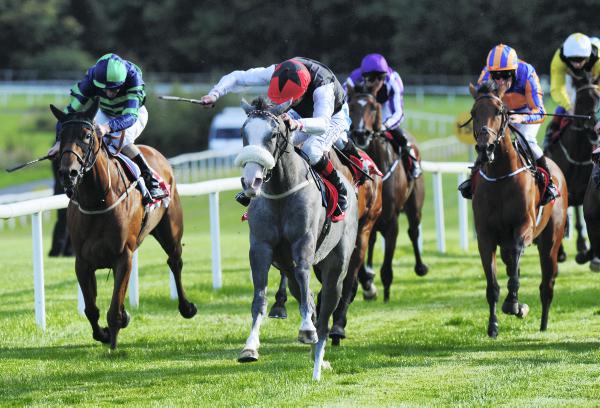 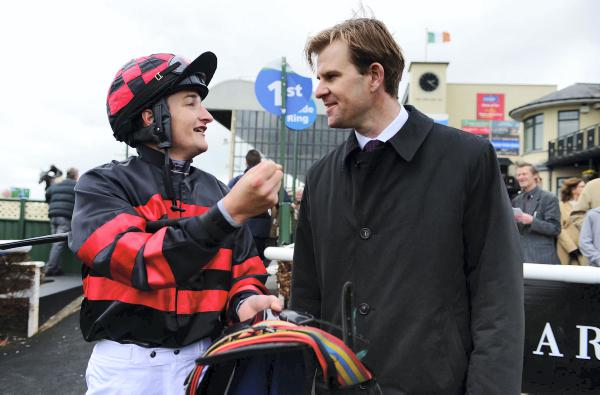 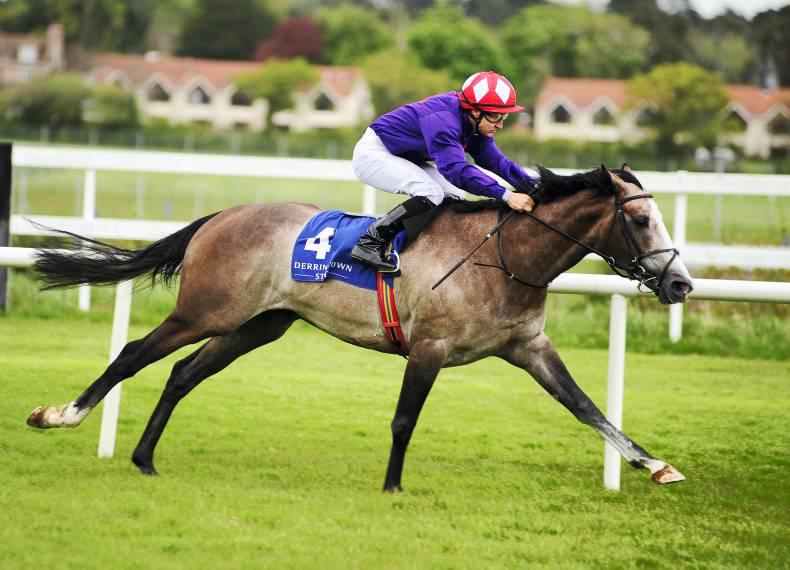 Inside Racing
DONN McCLEAN: Success breeds more success?
By Donn McClean on 14 May 2015
More in Inside Racing
Racing Field +
THE BIG INTERVIEW: Mick Winters
Racing Field +
ANDY BATE: Has tactics switch turned Astadash into a winner?
Racing Field +
HEART OF RACING: Keith Lynam
Classifieds
Place ad
Get full unlimited access to our content and archive.
Subscribe to The Irish Field
Unlimited access to The Irish Field via your computer, mobile device, tablet or newspaper delivered to your door.
Subscribe now +
Already a subscriber? Sign in