Title: AROUND THE COUNTRY: Team Greenhills book their RDS place 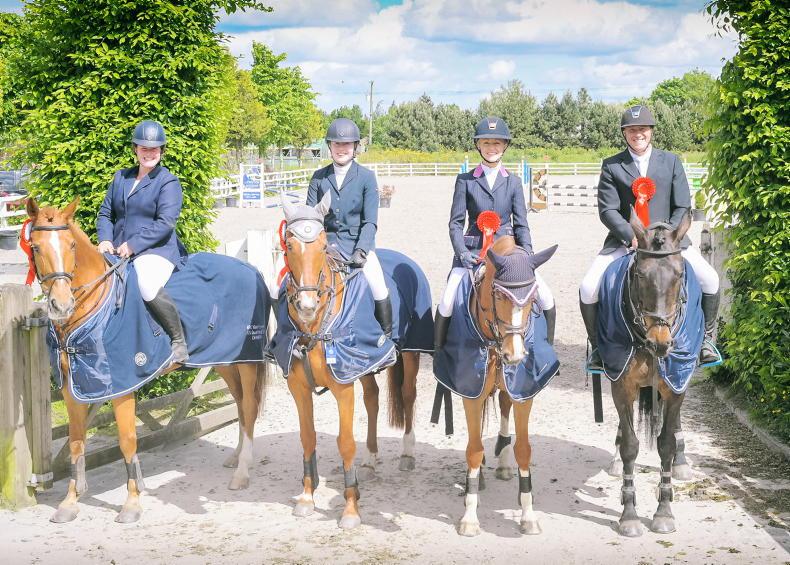 ABBEYLANDS Riding Club hosted the West Leinster leg of the AIRC Team Showjumping championships last Sunday with the winner guaranteed a coveted spot in the Dublin Horse Show final at the RDS and the runner-up a place in the wildcard qualifier competition at the upcoming AIRC festival in Mullingar Equestrian Centre.

The qualifier event was held at Coilog Equestrian Centre and attracted nine team entries from around the region. On what was a testing track, at the end of round one, Greenhills and Killcarrick were tied for the lead on a score of four faults with Winterdown a little further back on nine faults.

Only six teams finished the second round and as the action got down to the last two riders, Greenhills and Killcarrick had opened the gap to the rest of the field but remained inseparable on a score of four faults.

The penultimate rider to go was Elaine Hatton, captain of Killcarrick, who backed up her four faults in round one with a clear round and left Killcarrick on a final score of just four faults. Roland Dalton was last to go and after rolling a pole first time out, he needed a clear round to force a jump-off. The experienced Dalton held his nerve and delivered for Greenhills.

He and his teammates (Jane Fallon, Lesley McKenna and Grainne Alexander) will represent the region at the RDS while Elaine and her teammates (Claire Hutchinson, Maria Cox and Willie Coughlin) will go forward to compete in the wildcard qualifier at the AIRC festival in June.