Title: AROUND THE COUNTRY: Supreme honours for Greene

Amanda Goldsbury skipped the one-day event at Crecora to lead her godson, Cian Greene, to victory at the Botanica Show of the East 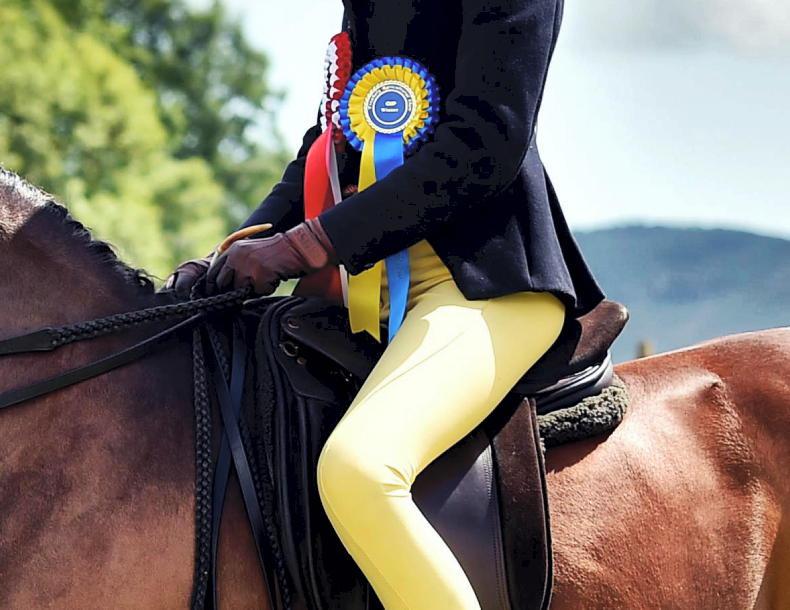 GIVEN the large number of horses, and ponies, she has to compete, it seemed strange that Amanda Goldsbury wasn’t at the Eventing Ireland one-day at Crecora last Saturday.

However, lest one thinks that she had taken the day off to watch racing on TV or something similarly relaxing, she was, in fact, at the pony day of the Botanica Show of the East in Boswell Equestrian Centre where she spent plenty of time on her feet rather than in the saddle.

Amanda is godmother to six-year-old Cian Greene, son of Charles and Jamie Greene of Folistown Farm, and she stepped in to take charge of the lead-rein as Jamie is still recovering from breaking her tibia and fibula when, jumping into a river, her leg was crushed against some rocks about eight weeks ago.

“Amanda did some showing as a child in New Zealand but this role as a handler in a lead-rein class was all new to her and, although she was competing at EI115 level the previous weekend, she was really nervous about it all and insisted in having some practice runs!” commented Jamie whose showing outfit handily fitted her friend.

Goldsbury is used to long days from eventing which is just as well as Cian’s first class, the working hunter lead-rein which he won, was at nine in the morning while, having progressed through all the stages, the supreme pony championship, which he won, didn’t start until approximately 7.30 in the evening.

Jamie’s mount was Woodroyd Go Go Girl, an eight-year-old chesnut/roan mare who Jamie purchased last September from Louise Lyons. The combination has been entered in three classes at the Northern Ireland Festival (April 22nd to 24th), when, hopefully, Jamie will be back to full fitness, and in one class at Balmoral Show (May 11th to 14th).