Title: AROUND THE COUNTRY: Proud day for Culligan at Dublin Horse Show 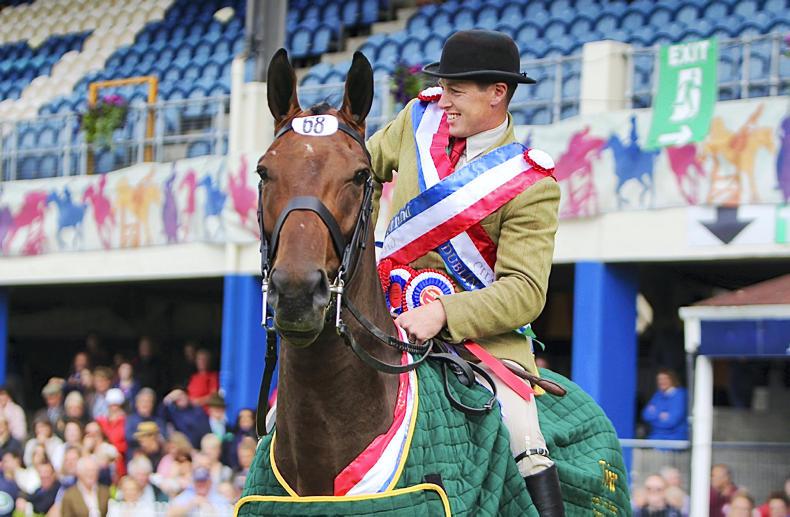 LISSYCASEY’s Laurence Culligan is quite often in the Dublin area bringing visitors to this country on tours of the top golf courses. However, it was the Main Arena at the RDS showgrounds which was the focus of his attention two weeks ago as a four-year-old gelding he bred, Crown Star, took part in the parade as the show’s supreme champion hunter.

“It was a friend of mine who told me how well the horse had done in the hunter classes earlier in the week and so, when I learned that he had been crowned supreme champion on Saturday, I decided I’d have to go see him in the parade on Sunday!” related Culligan who, at one time, owned both the sire and dam of Crown Star who was also the 2019 Dublin Horse Show champion four-year-old and champion heavyweight hunter.