Title: ARC DE TRIOMPHE PREVIEW: Who will waltz off with the Arc's leading actor gong? 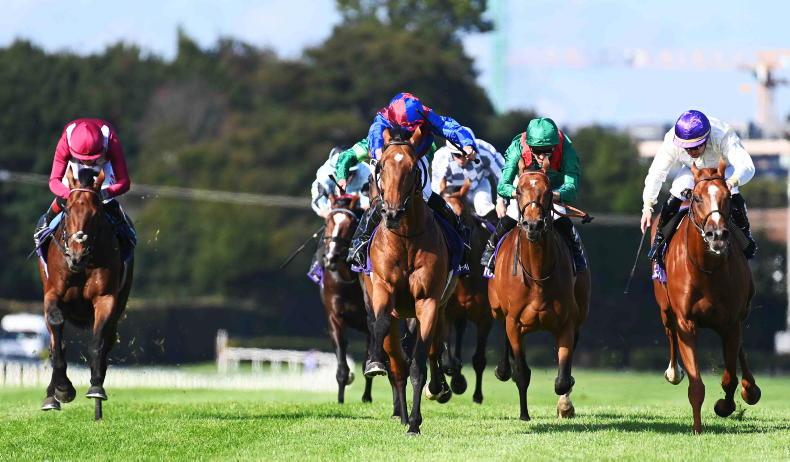 There may be no Baaeed, no Desert Crown, no Adayar, no Pyledriver and no Verry Elleegant but this year’s Qatar Prix de l’Arc de Triomphe is still an utterly compelling renewal of the continent’s top race with so many different storylines intertwining to make it an absolute must-watch.

From a patriotic Irish point of view it is, with apologies to the admirable but ultimately some way short of top class Broome, all about one horse – Luxembourg.

Should he be crowned King Of Europe it will count as one of Aidan O’Brien’s finest achievements given that the son of Camelot was forced to miss most of his classic season owing to injury.

One of the reasons for the intriguing nature of this year’s Arc is that, outside of Luxembourg, so many of the leading candidates hail from unusual locations, none more so than the reigning champion, Torquator Tasso, whose German handler, Marcel Weiss, is only in his third season with a licence.

A connoisseur of racing’s history and traditions, Prescott no doubt craves a first domestic classic triumph on his CV above all else, but an Arc victory would surely come a close second on his wish list.

The Japanese have added so much colour to this Parisian showpiece, dating back to last century and El Condor Pasa’s second place behind Montjeu, and their quest for an elusive first Arc success seems to grow more obsessive with every passing year and each agonising near-miss.

This time they have a record four runners and their leading contender, Titleholder, brings an added dimension to the contest because of his unusual penchant for setting a breakneck early gallop, then allowing the chasers to get back on his tail before going on again on the home turn.

Presuming those tactics are repeated, a searching test of stamina looks guaranteed and the potential for a messy race is greatly reduced, which is a huge blessing.

Although not as beleaguered as the Japanese in terms of recent Arc results, the home team has successfully defended its biggest prize only six times in the last 15 years.

This year (with the record eight-time Arc-winning maestro Andre Fabre, represented by just the outsider, Mare Australis) alongside a strong duo from Jean-Claude Rouget, who finally got his hands on this trophy in 2020, the other leading French hope, Onesto, comes from a much less expected quarter in the shape of the Chantilly yard of Fabrice Chappet.

Throw in Westover’s trainer-jockey combination of Ralph Beckett and Rob Hornby – not exactly strangers to racing’s biggest events but both Prix de l’Arc de Triomphe virgins – and the 2022 running has attracted a wonderfully varied cast.

So, which member of the dramatis personae will waltz off with the leading actor gong?

Luxembourg heads the betting and it’s not hard to see why, but his Irish Champion Stakes triumph came after a necessarily rushed preparation following a post Guineas muscle problem and he will need to have a remarkable constitution if he is able to peak again just three weeks later.

Sure, this extra two furlongs may help bring further improvement, but it definitely ought to do so too for his closest Leopardstown pursuer, Onesto, who only has half a length to make up.

Vadeni, the third home that day, did not enjoy a smooth passage and looked rather in need of the run, so could be expected to progress past the pair of them were it not for doubts about his stamina.

I have something of a blind spot concerning Torquator Tasso as I am still struggling to come to terms with his victory here last year. Some might say that his excellent King George VI & Queen Elizabeth Stakes run proved his quality once and for all but is being beaten by almost three lengths by Pyledriver really such a massive perfomance?

My prejudices notwithstanding, what cannot be questioned is should a potential Saturday deluge come to pass and make conditions extremely testing, Torquator Tasso’s chance of a repeat victory will be greatly enhanced.

It would be great to see Titleholder make every yard to end the Japanese curse but the likelihood of his inexperienced rider, Kazuo Yokoyama, getting the fractions right at this notoriously tricky venue are slim. Yokoyama has taken part in just one previous ParisLongchamp race – and finished last.

All of which leaves Alpinista, who has been aimed at this race for a year and, apart from coming to hand a little slowly in the spring, enjoyed the perfect campaign with her fourth and fifth Group 1 wins, boasting the most solid credentials. But at over double her price, Onesto may improve enough to keep the prize in France. 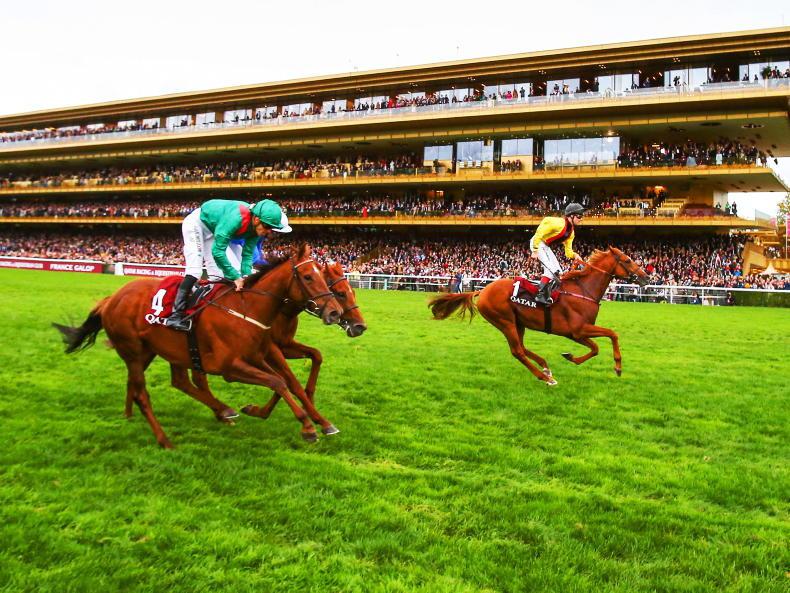 FRANCE: Torquator torpedoes the Arc stars
The German-trained four-year-old was a 72/1 outsider but swooped late to land the big prize 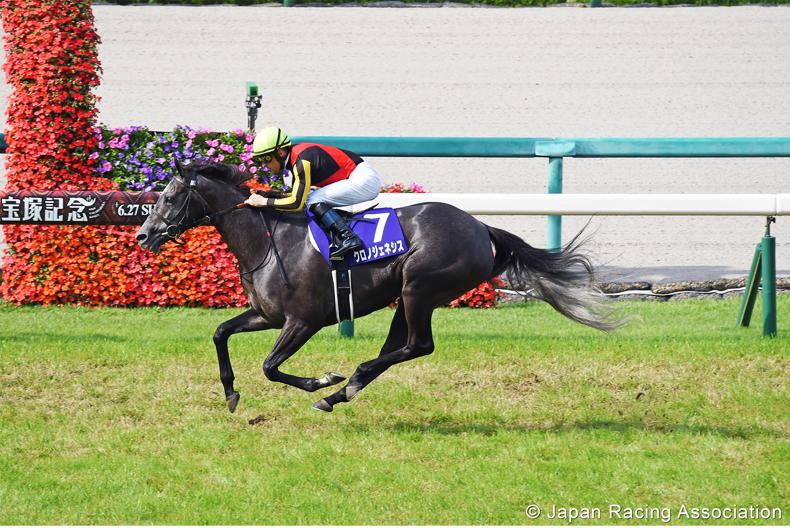 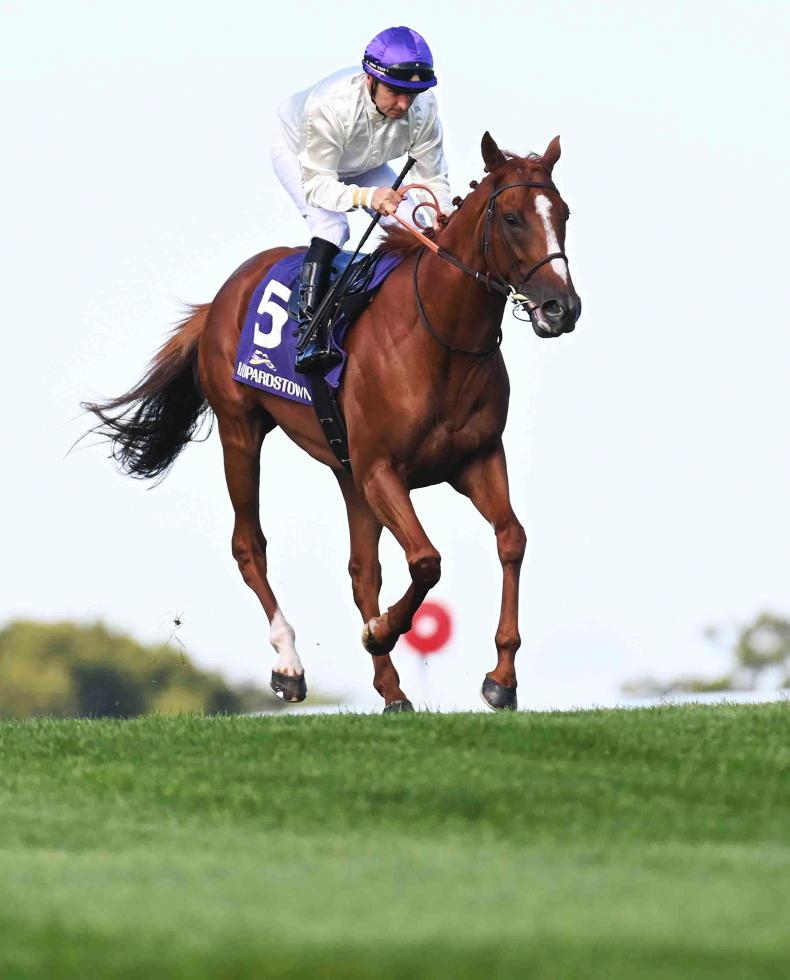 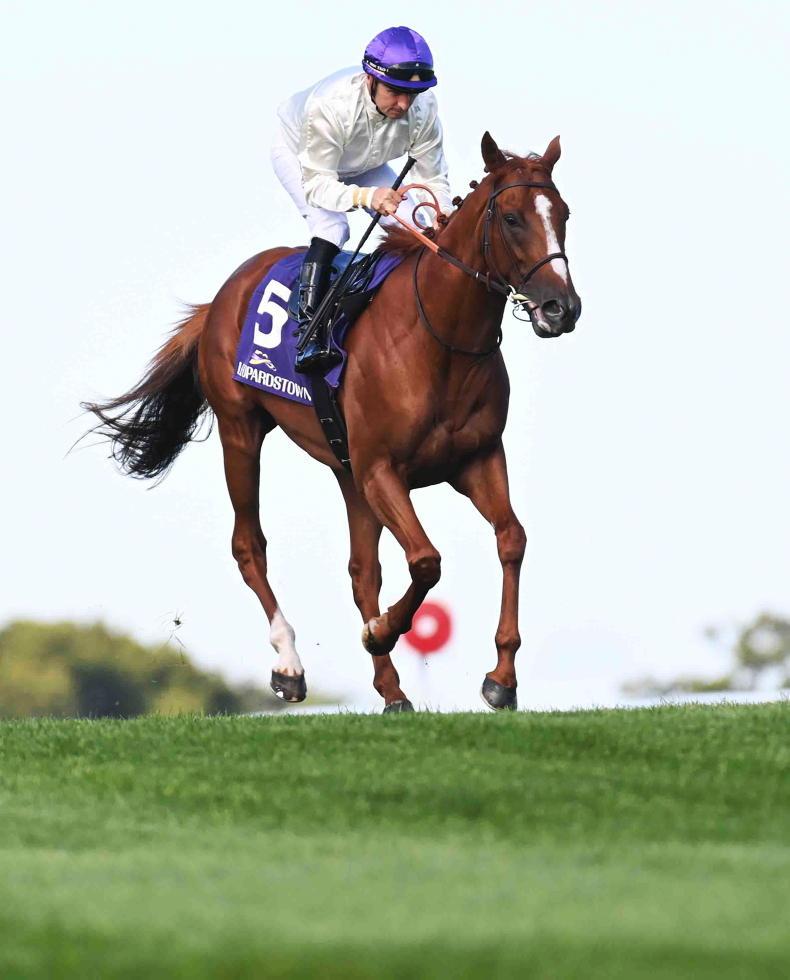 Irish Field Contributor
Arc or Champion Stakes decision for Onesto?
Connections of the Irish Champion Stakes runner-up confirm that they would be up for the challenge of taking on Baaeed