Breeder, rider and producer Nicholas O'Hare was a most prolific and knowledgeable equestrian writer and author 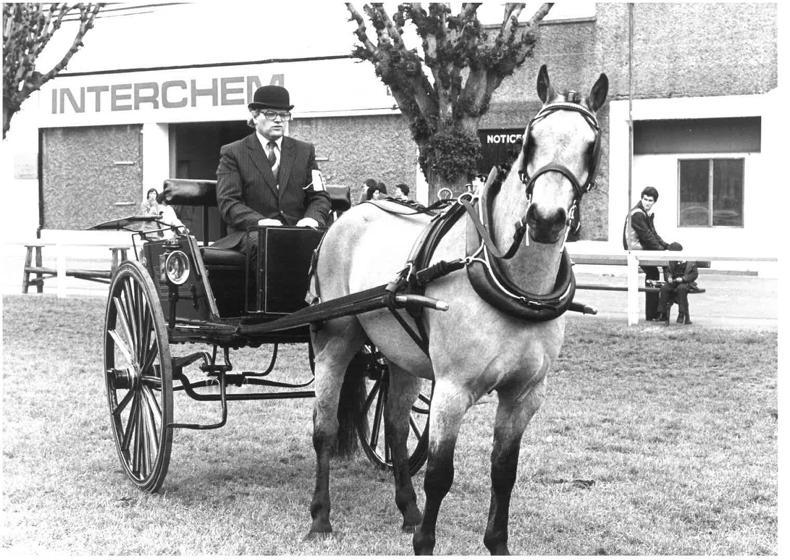 The late equestrian writer and author, Nick O'Hare's life was dedicated to horses

NICHOLAS O’Hare wrote his first article for The Irish Field in 1976, at the request of the founding editor of the Irish Horse World section, Avril Douglas. It was a piece about the difficulties facing riding school owners, of which, the writer was one.

In fact he operated a livery and riding school in the Rathfarnham and Dundrum area of Dublin for over 30 years, moving his mares and stallions to Isaacstown Stud, Rathmolyon, Co Meath in 1991.

A prolific writer over the years, Nicholas O’Hare backed his articles with his knowledge of the horse industry that he gained as an active participant. He kept hirelings for hunting, had registered showjumpers and was particularly committed to carriage driving.

His Connemara ponies, bred by the Buckley family of Annaghharvey, Tullamore, Co Offaly, won many prizes at shows throughout the country and at the RDS Spring and Horse Shows.

In 1981 he drove two ponies, Let’s Go and Hullabaloo, on a 200-mile journey from Dublin to Cork with the radio presenter Donnchadh Ó Dulaing. A programme was broadcast throughout the week and the journey was undertaken in ferocious weather in the run up to Christmas, attractting a huge national audience.

Nicholas pioneered the sport of endurance riding in Ireland with the staging of long-distance riding through the Dublin Mountains from his base at Kilternan in the early 1970s.

Let’s Go had previously been the star of the television programme Let’s Go and was named accordingly. A series of six programmes were transmitted showing the various stages of Let’s Go’s training and education.

Let’s Go was the oldest of nine ponies from the Connemara mare Biter Lemon, owned by the Buckleys, which were purchased by Nick, and formed the mainstay of his riding school and competitive carriage driving career.

Four of the ponies, out of Biter Lemon, were trained for tandem driving and Nicholas and Ciara Eglington competed them at Dublin Horse Show in 1990. It was the first time since the turn of the century that two tandem turnouts had competed in classes at Ballsbridge. O’Hare had a collection of various driving vehicles including a C Spring Gig, a cocking cart with 6ft high wheels, tub traps and other carriages.

Nicholas and Ciara, who had come to his riding school as a child, stood the Connemara stallion Silver Heaven. Ciara showed the stallion twice at the Dublin Horse Show and he finished in second place in the Connemara stallion class on both occasions. On his second appearance at the show, he was beaten by his full brother, Eugenia Murray’s The Bachelor.

A dedicated supporter of the Connemara pony, Nicholas believed in the Connemara/thoroughbred cross and along with Ciara, bred a considerable number of these.

The pair crossed their stallion Silver Heaven with a selection of thoroughbred mares at Isaacstown Stud. A number of pure-bred Connemara mares were kept there as well, and purebred foals by Silver Heaven were exported to Europe and the USA.

He was a supporter of performance testing for the breed and while he backed the Irish Draught Horse Society from its foundation, he was often critical for its failure to deal with the problems which the breed faced as an endangered species.

Nicholas devoted most of his life to the world of the horse. He had a wide ranging interest in all types and breeds, and reflected this interest in many of his articles for The Irish Field and other newspapers and magazines. He judged at shows and actively promoted various causes of the equine world.

A sometimes-acerbic commentator, he was recognised as an authoritative voice in the horse industry for many years. He sponsored a number of promotional publications devoted to the Irish horse, including One Hundred Irish Horses and All About Our Irish Horses. In addition, he edited the Irish Show jumping Annual for a number of years.

As a breeder, Nicholas was committed to the utilisation of new technology and was an advocate and user of AI as a tool for the breeder. He believed in swabbing, handling and scanning mares to detect the optimum time of oestrus for covering successfully. He supported blood typing for parentage testing, microchipping of foals and the X-raying of stallions as part of the inspection process.

In the late 1970s and early 1980s, he published a groundbreaking series of stallion reviews in The Irish Field, travelling throughout the country to see the stallions and meet the stallion masters. He prided himself that he never reviewed a stallion until he had seen it in person.

His journey to the stallion yards allowed him to amass a wealth of information about the horse industry and its history which he used in his articles and books. His work was pioneering in the sense, that at the time, there was little published material about the Irish sport horse industry to draw upon and information had to be collected first hand.

A committed supporter of Bord na gCapall, Nick disapproved of its winding up by the state. He felt vindicated in his position that a development agency was essential for the horse industry, when the government recognised that such an organisation was in fact necessary and decided to set up the Irish Horse Board Co-op.

He was critical of the Horse Board on many occasions for its timidity in dealing with serious issues, and what he felt was a lack of direction on the question of traditional breeding.

When Nick was no longer physically able to work with horses, he reluctantly retired after two hip operations and devoted his energies to writing. He published a number of equestrian books, including King of Diamonds, The Modern Irish Draught, The Irish Sport Horse and The Modern Connemara.

The Irish Farmers Journal described these books as “collector’s items.” He also wrote a number of novels, including the Ballylally Races, Unlawful Secrets,The Boyle Inheritance, The Irish Secret Agent and A Spy in Dublin.

In 1997, Nicholas O’Hare received a European Journalism award for a series of articles on the effect of European directives on the Irish Horse Industry.

He left instructions that upon his death there was to be no religious service of any kind and that his body would be donated to medical science.

Nicholas O’Hare’s ashes, in due course, will be distributed in the Dublin mountains through which he rode extensively in his days as a riding school and trekking establishment. 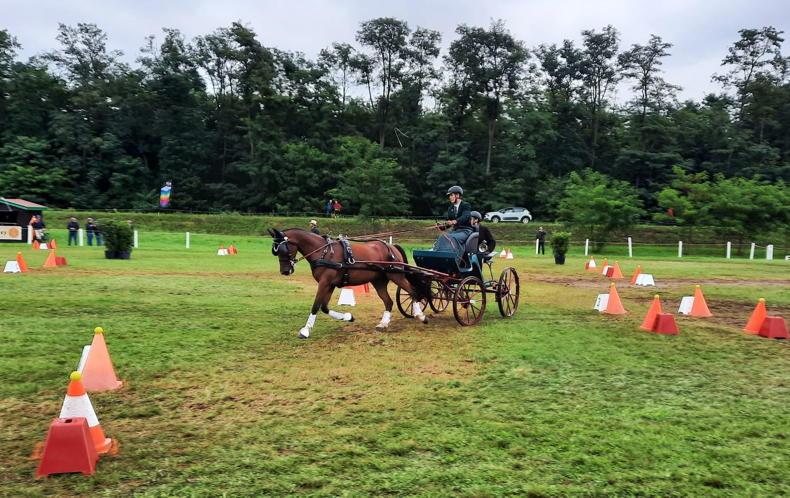 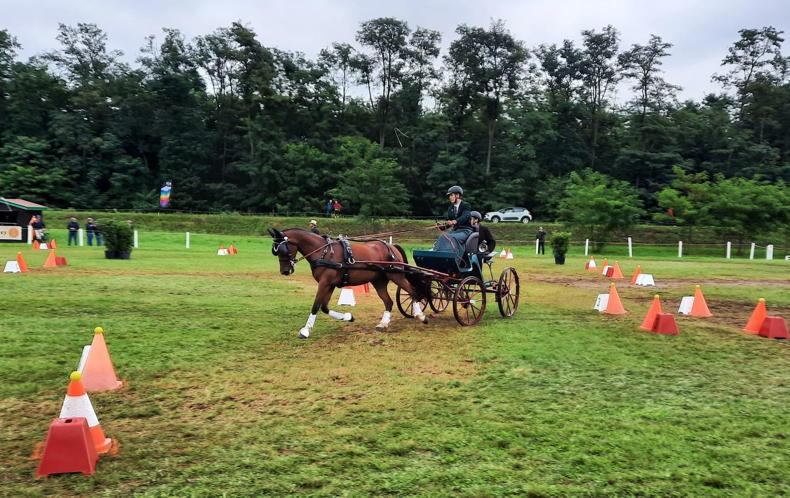 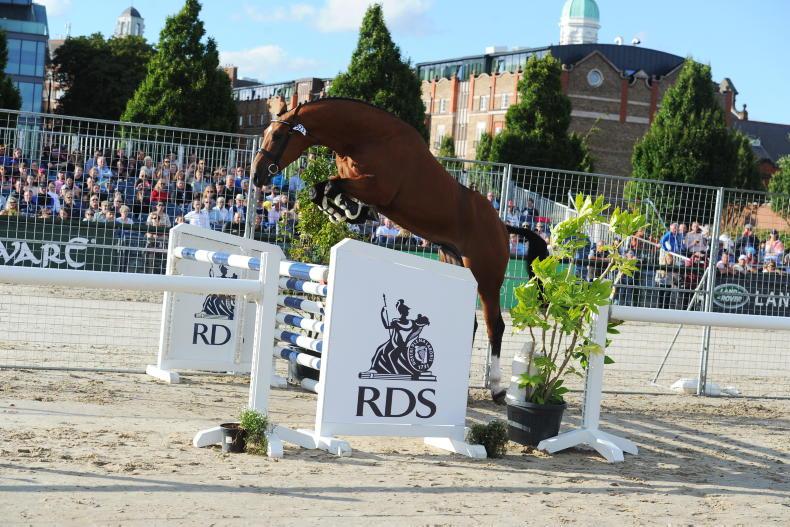 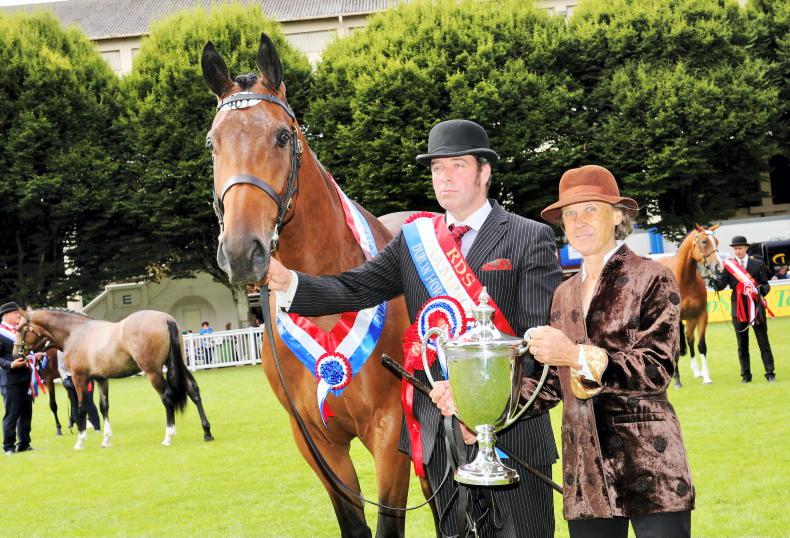