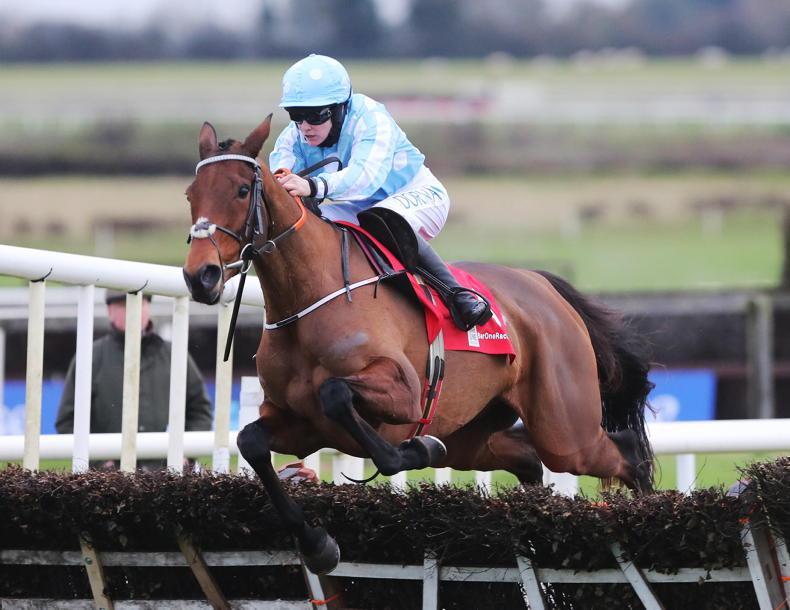 Honeysuckle ridden by Rachael Blackmore get over the last to win the Grade 1 Baroneracing.com Hatton‚Äôs Grace Hurdle \ carolinenorris.ie

THE irrepressible partnership of Honeysuckle and Rachael Blackmore lit up the Winter Festival at Fairyhouse with a smooth success to win her third Grade 1 Hatton’s Grace Hurdle and looks firmly on track to defend her Champion Hurdle crowns on both sides of the Irish Sea.

Kenny Alexander’s star mare travelled with consummate ease as Stormy Ireland set off at what looked to be a ferocious gallop, one which the overall race time supports.

Although this was below her fastest time figure (Cheltenham and Punchestown was marginally faster), Honeysuckle (165) required a similar performance to her impressive victory in the Irish Champion Hurdle to prevail as she extended the winning distance over Ronald Pump (157) who was also second last year.

In recognising the pace as being strong in the Hatton’s Grace then the Bar One Handicap Hurdle must also be respected as a good contest as for most of the final circuit, the front runners were ahead of Stormy Ireland.

Joining the two races from the last hurdle with a circuit to run, Wolf Prince was five lengths faster through the section to the second hurdle on the circuit before extending the margin further to 13 lengths before he unfortunately departed the scene.

Dads Lad (120) took up the baton and maintained the distance over the next two hurdles before Rachael Blackmore gave her partner the office in the Hatton’s Grace to close on the leader, a task she completed with ease as she eroded the distance between the two races as well as herself and Stormy Ireland.

The unbeaten mare was probably not doing a great deal in the closing stages as she covered the ground from the fourth last hurdle in 83.4 seconds, which although not the fastest on the card was achieved off a two-mile pace for two and a half miles and had all but Ronald Pump under pressure well before the home turn.

The main protagonists in the handicap hurdle were faster through the closing sectional with Gua Du Large (140) stopping the clock at 82.8 seconds to give the Blackmore and de Bromhead alliance a notable double on the day.

The son of Kapgarde had just one behind him jumping the fourth last before his pilot found the perfect path through the field in the home straight.

A repeat of this performance can bring more success in the high-profile handicap hurdles as the season progresses, especially if granted a similar good racing surface.

Glan (139) came from a similar position at the back of the field but was not so fortunate in navigating a clear passage with Luke Dempsey having to switch course approaching the second last. A fluent leap at the last saw the mare throw down a strong challenge as she posted 83.6 seconds for the closing sectional. The daughter of Getaway was previously third to Impervious in a Grade 3 at Down Royal so is undoubtedly talented, her winning turn cannot be far away.

Magic Tricks (137) also caught the eye with a strong finishing effort having been inconvenienced by the fallers halfway through the race. Sporting the first colours of J.P. McManus, the five-year-old was outpointed by the front two but still closed off in a respectable 83.7 seconds to finish clear of the admirable Sit Down Lucy (135) (85.0) who fared best of those who raced close to the pace. 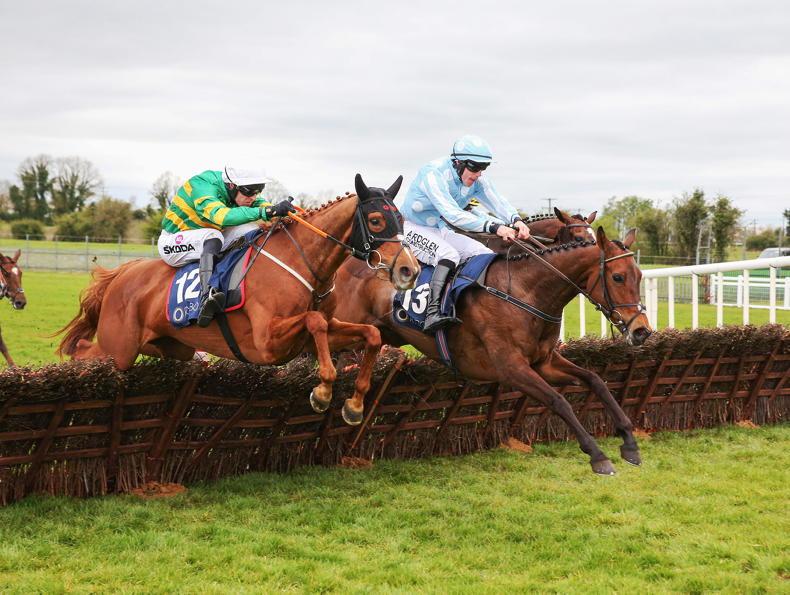 Ryan McElligott
FAIRYHOUSE SATURDAY: Glan gets her glory day
Also on the card, the Ladies National went to the Tony Mullins-trained Fox Watch with Jody Townend on board 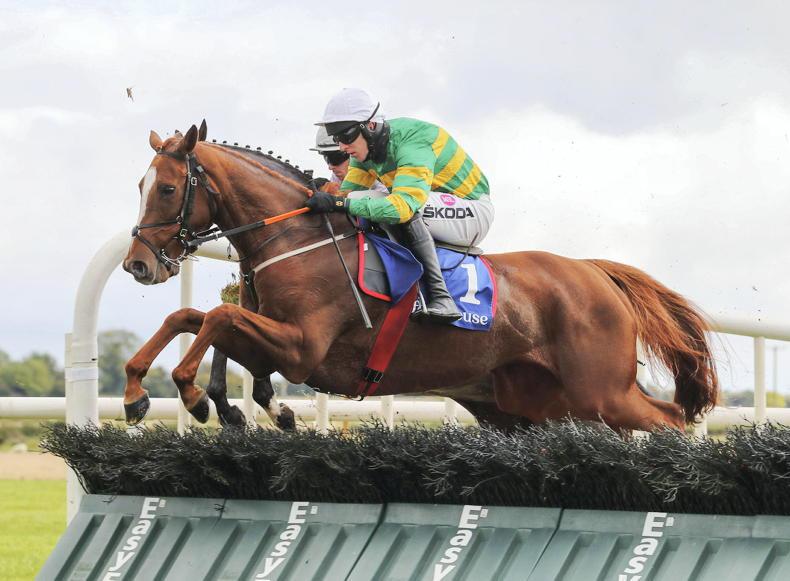 Ryan McElligott
LEOPARDSTOWN SUNDAY: Elliott to kick off Sunday in style?
Ryan McElligott looks at the rest of the card at the Sunday Dublin Racing Festival 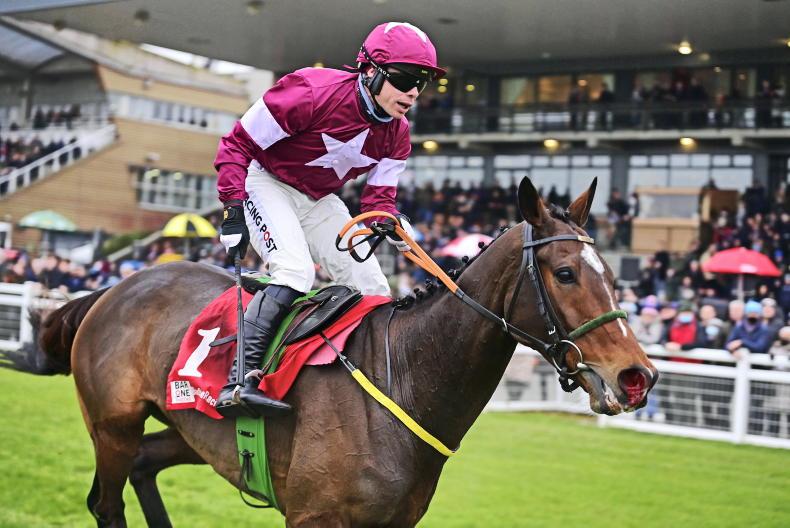 Andy Bate
ANDY BATE: Statuaire suited by stronger pace
Gabynako and Mighty Potter were among the eyecatchers of the beaten horses at Fairyhouse 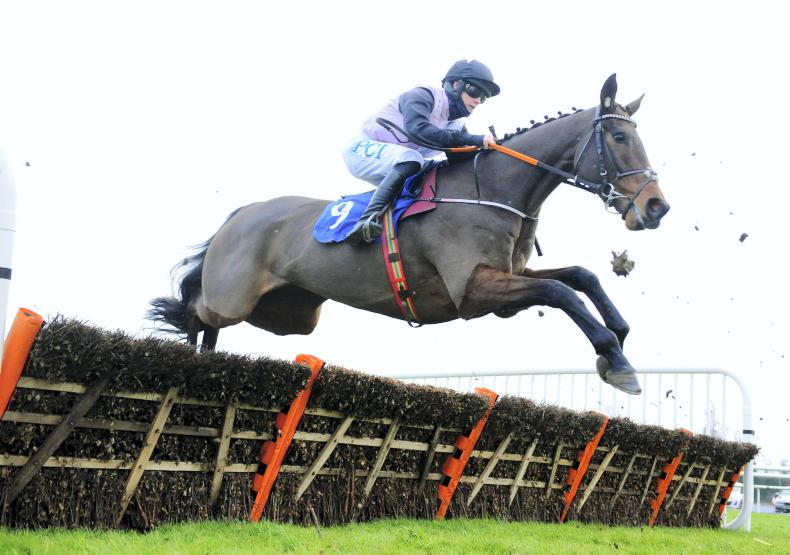