The Gold Cup winner confirmed form with Stradivarius, again using his gears to seize the day over the Gosden runner and Trueshan in the closing stages 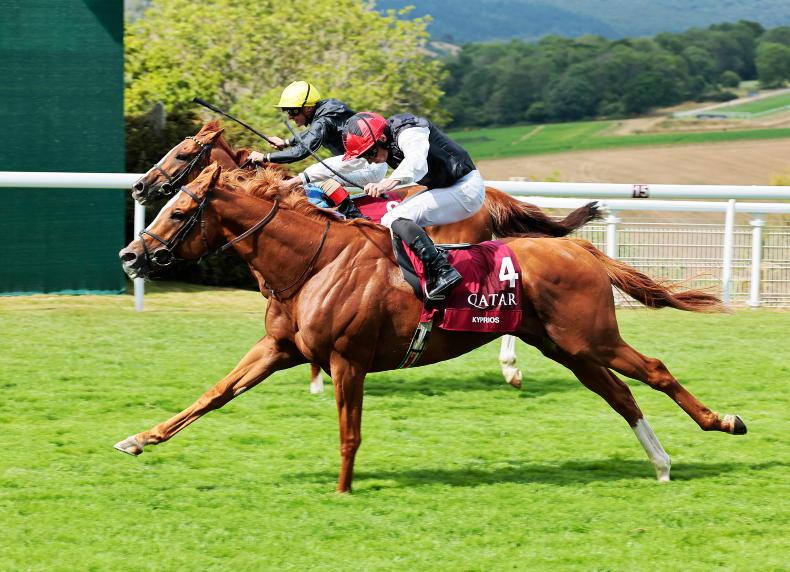 Late speed won the day for Kyprios again in the Goodwood Cup \ Focusonracing.com 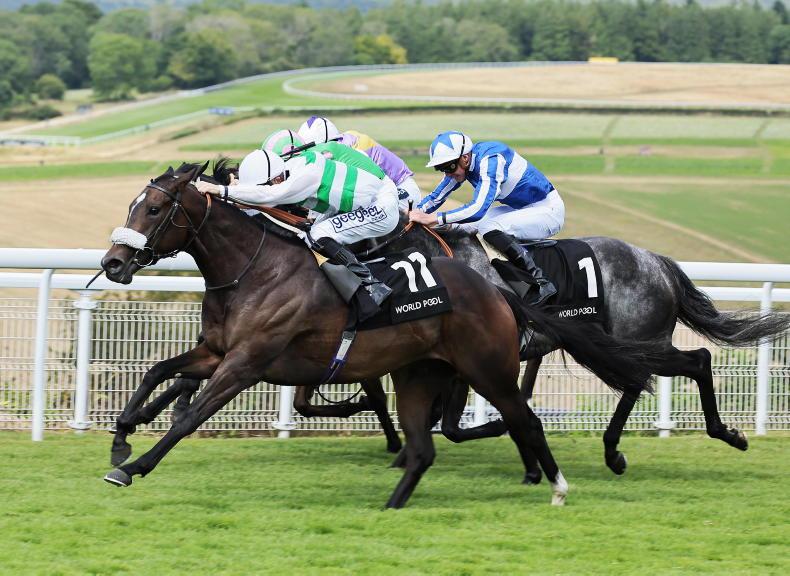 KYPRIOS narrowly confirmed his superiority over Stradivarius as, along with Trueshan, the three truly great stayers of their generation provided the Goodwood crowd with a pulsating finish to the opening day’s feature, the Al Shaqab Goodwood Cup.

Kyprios (120) has taken full advantage of slowly run races this season, using his latent speed to land races at Navan and Leopardstown before his Ascot Gold Cup triumph.

On Tuesday he produced the same telling finish off a strong gallop to prevail by a neck from Stradivarius, who even at the age of eight retains all his finishing speed.

As the field made their way to the final half mile, the scene was set for the titanic tussle with Ryan Moore in the box seat having travelled closest to the pace.

However, it was Hollie Doyle and Trueshan (118) who initiated the first move, possibly forcing Moore to react sooner than he wished, although his partner was equal to anything he asked in clocking a closing sectional of 34.43secs for the concluding three furlongs.

Stradivarius (120) finished off slightly faster, covering the same ground in 34.34secs and was most notably quicker through both of the final two furlongs.

It may be a case that Bjorn Nielsen’s terrific stayer has met with his nemesis.

Trueshan also posted a sub 35-second closing sectional as he finished his race in 34.65secs and, although left behind in fourth, Coltrane (116) stopped the clock at 35.15secs.

The best contest with which to draw a comparison was the opening handicap won in fine style by Forest Falcon (100+) as it was as equally as strongly run with Charlie and Mark Johnston’s gelding posting a finishing split of 35.94secs.

Aidan O’Brien reported Kyprios on course for the Irish St Leger where the drop back in trip will pose no problems given the speed the son of Galileo possesses.

Forest Falcon’s Chesterfield Cup win was another signpost for the John Smith’s Cup being a race to follow as he became the fourth individual winners from as few as eight runners.

Sandrine (110) took full advantage of dropping in class and racing over less than a mile for the first time this season to land the Lennox Stakes in the hands of David Probert.

Andrew Balding’s filly produced a closing sectional of 34.80secs to wear down front runners Pogo (110) and Happy Power (108) who looked to have the race to themselves until the final furlong.

Looking more comfortable throughout the race than at any stage this season, the daughter of Bobby’s Kitten is reported by her trainer to be staying at seven furlongs with the City Of York a possible next target on the way to tackling Group 1 company again in the Prix de la Foret on Arc day.

Kinross (110+) will likely be in opposition again at ParisLongchamp and will have every chance of reversing form judged on this effort.

Held up behind Ever Given, Frankie Dettori was forced to wait until the cutaway to launch his challenge and Ralph Beckett’s gelding finished the strongest on the far rail to get within a neck of the gallant winner.

In comparison over the same distance, Marbaan (90) covered the final three furlongs in 34.96secs off a much slower pace. 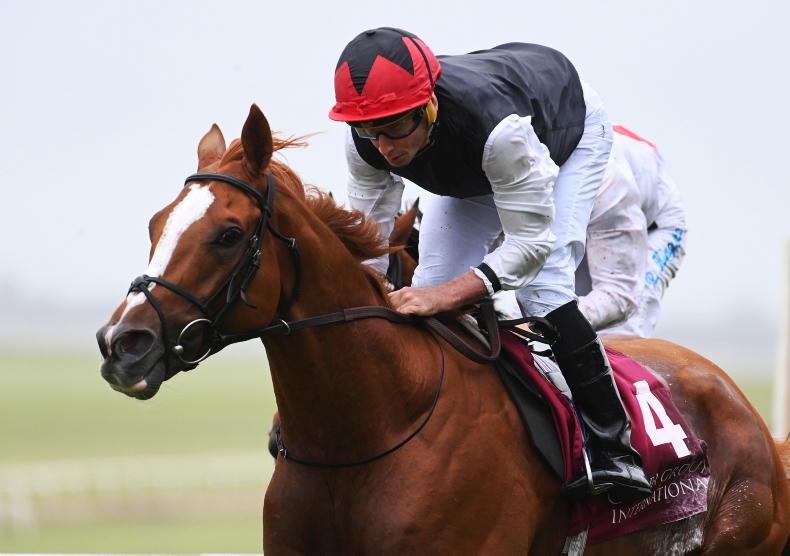 Anne Marie Duff
THE WEEK THAT WAS: Could Kyprios shake up the Arc?
The Arc picture got muddier rather than clearer after the Group 1 contests over last weekend 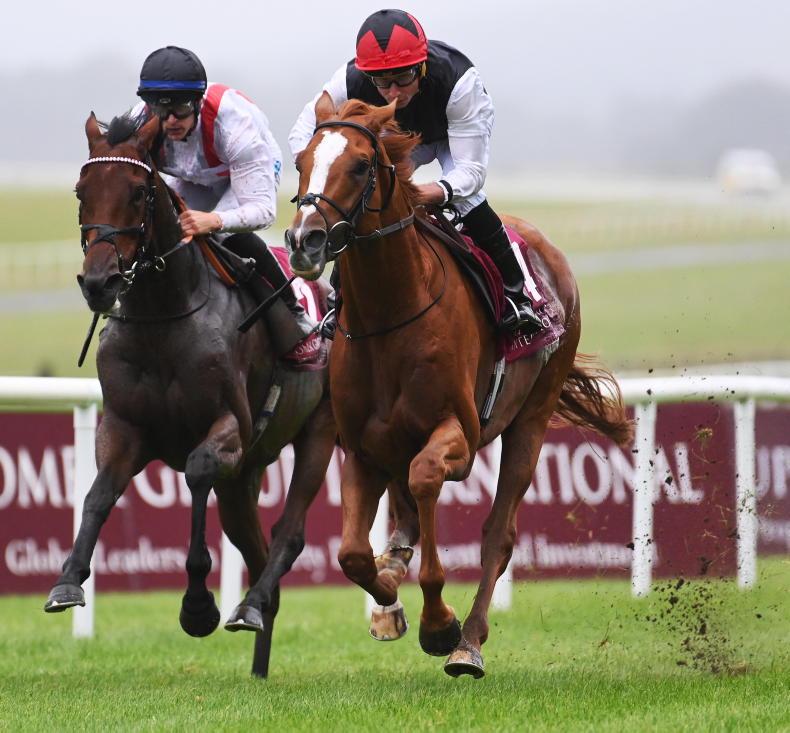 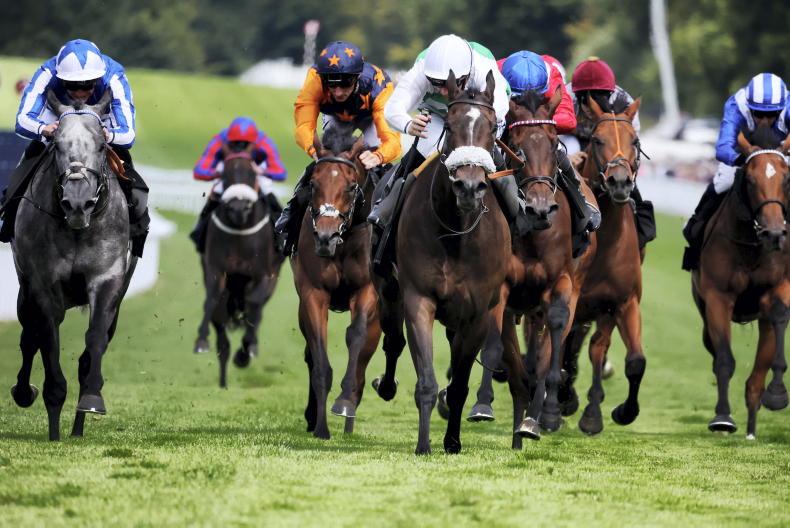 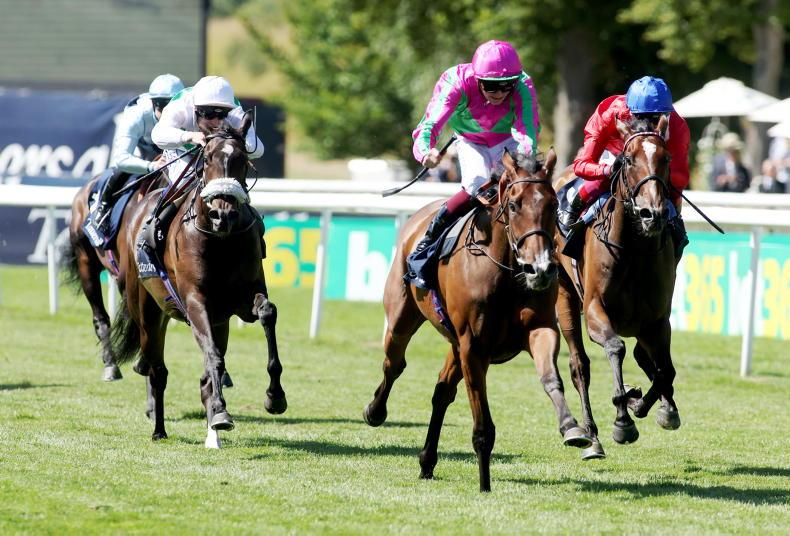 Rory Delargy
BRITAIN: Prosperous resurgent as Inspiral flops
Inspiral failed to show the same sparkle as at Royal Ascot finishing a one and three-quarter-length second to Prosperous Voyage